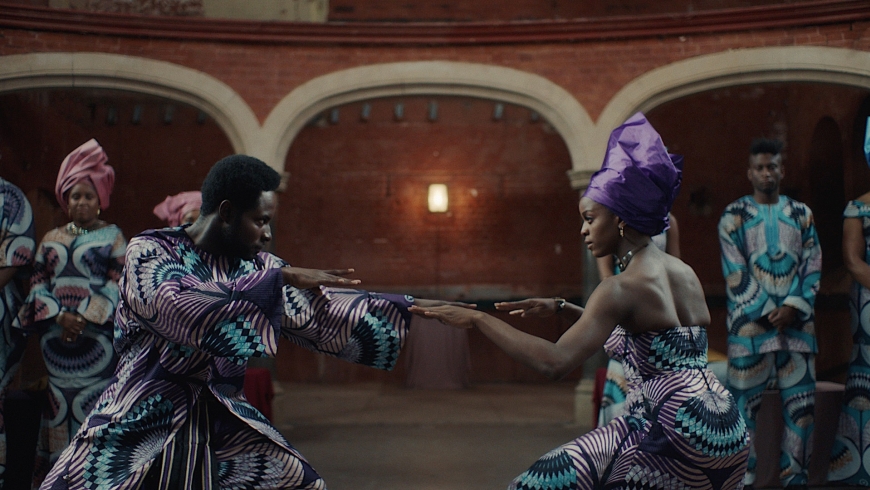 Don’t Look at the Finger is exhibiting as part of Trinity by the highly acclaimed artist Hetain Patel.

More information on the exhibit can be found here.

There is on-street parking near NAE and The Forest Recreation ground has a sizable car park for visitors using the park and ride. NAE have parking spaces available for people with disabilities at the rear of the building, just off Noel Street. This can also be used for temporary parking for group visits. For access to these spaces, simply call on 0115 924 8630 to arrange prior to your visit.

New Art Exchange is housed in a new purpose built art gallery, built in accordance with current building regulations. Outside of NAE there is even pavement and a level hard flooring throughout the building’s interior. There is clear signage throughout the building, and the building is equipped with a hearing loop system that can be accessed in reception, Performance Space and the lift. All 4 floors are accessible through using NAE’s large lift, capable of accommodating multiple wheelchairs. The interior is mirrored to aid wheelchair users in reversing out of the lift. The lift has a loop installed that amplifies the lift voice informing the user of which floor it has reached. This has a sign indicating a loop is active. The only space that is not wheelchair accessible is the Central Gallery which is on the staircase. This displays temporary exhibition of locally significant artists. The stairs have handrails throughout.

Third Floor- This floor is mainly used for external hires or meetings rather than frequent visitor access. This is wheelchair accessible. An emergency exit is at the rear of the building on Ground Floor. There are refuge points on all floors with communication panels.

NAE have a set of evacuation procedures, which a member of staff can talk you through. Assistance dogs are welcome and water can be provided upon request. All information can be made available in large print on request. Please just ask at reception.