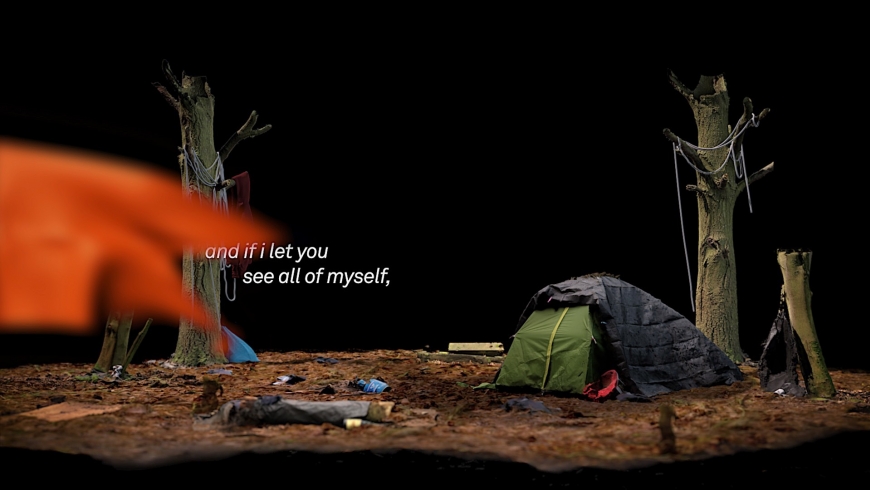 A talk by Dr Leonie Ansems de Vries exploring stories as told by migrants during a visit to their make-shift settlements in Calais and Dunkirk in September 2017. These accounts detail the aftermath of police raids in which migrants’ shelters and belongings were destroyed whilst enduring the continued violences of daily life and anticipating the next police intervention – recovering from the last attempt to cross the border and waiting for their next opportunity. In asking the question ‘what happens “in between?”, Ansems de Vries refers to the moments of waiting; the experience, aftermath, anticipation and the in-between of violence. What is left behind after the police have intervened, or, more accurately, what happens in the moments in between – of waiting; of anticipating violence; of preparing to cross the border? What happens when hiding becomes a mode of being? What happens in a zone of irregularity, in which your legal status is unclear, as is the (il)legality of the practices of surveillance and violence you experience?

Leonie Ansems de Vries is a Lecturer in International Relations at King’s College London and Coordinator of the Migration Research Group. She is the author of Re-Imagining a Politics of Life: From Governance of Order to Politics of Movement (Rowman and Littlefield International, 2014). From 2015-2017, Ansems de Vries led the collaborative research project Documenting the Humanitarian Migration Crisis in the Mediterranean, which examined the effects of migration management practices on people seeking protection. The project’s key findings were published as a series of openDemocracy articles. Ansems de Vries is currently working on an academic/policy research project on legal pathways to protection in Europe and the academic/artistic project Migrant Agency and the Moving Image.

This event is free to attend but booking is required via Eventbrite.