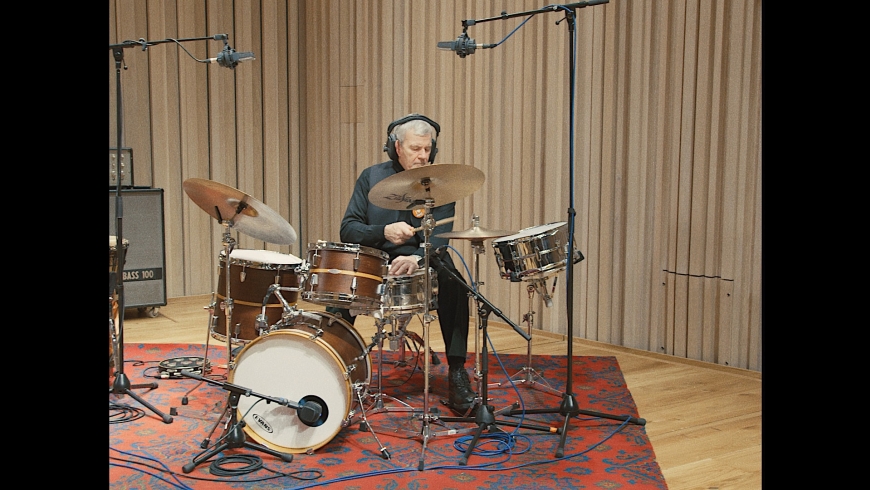 Open Music Archive's 2019 film Everything I Have Is Yours screens in at BY ART MATTERS 之馆 in Hangzhou, China.

Everything I Have Is Yours is an ambitious film and sound work by Eileen Simpson and Ben White (Open Music Archive) that looks back to the first decade of the UK pop charts (1952-62). Working with a group of older musicians – many of whom are the ‘original teenagers’ of the Greater Manchester music scene, now in their 70s and 80s  – this film focuses on this diverse group as they re-engage with public-domain samples from the formative era of the ‘birth of pop’, and incorporate these timeless sounds into new musical creations.

Barometer is a video project initiated by BY ART MATTERS 之馆. The project is mediated by the five screens inside the OōEli campus (four in the underground foyers and one in the market) – each season presents different new media works which are closely tied to the daily life and atmosphere in the campus.