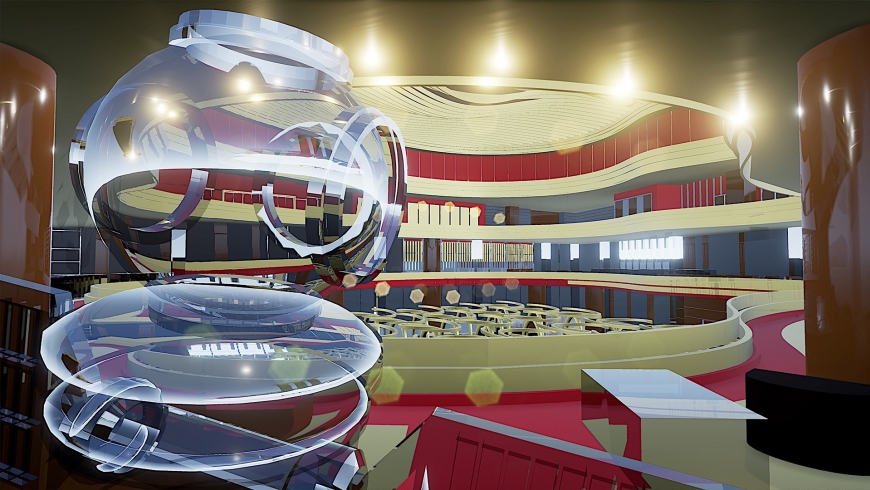 Geomancer shows as part of Film Club, a programme of six successive one-week presentations of artist films, shown through a partnership between Grundy Art Gallery and the ICA. Two other works by Lawrence Lek will show alongside his Jerwood/FVU Awards commission: Play Station and Sinofuturism. Using his characteristic style of computer animation, the three works attempt to map the spirit of our rapidly dawning age.

As the geopolitical axis tilts further to the East, and as once-dominant economic/technological models are cast into doubt, Geomancer alights on a longstanding tension between the place of the human and the role of the machine, sharpened by contemporary hopes and anxieties around the rise of East Asia, and by speculations that new forms of artificial intelligence, already outperforming mere mortals in matters of automation and aggregation, will challenge us in more creative skills as well. Read more.

Geomancer was commissioned for the Jerwood/FVU Awards: Neither One Thing or Another, a collaboration between Jerwood Charitable Foundation and FVU. FVU is supported by Arts Council England.