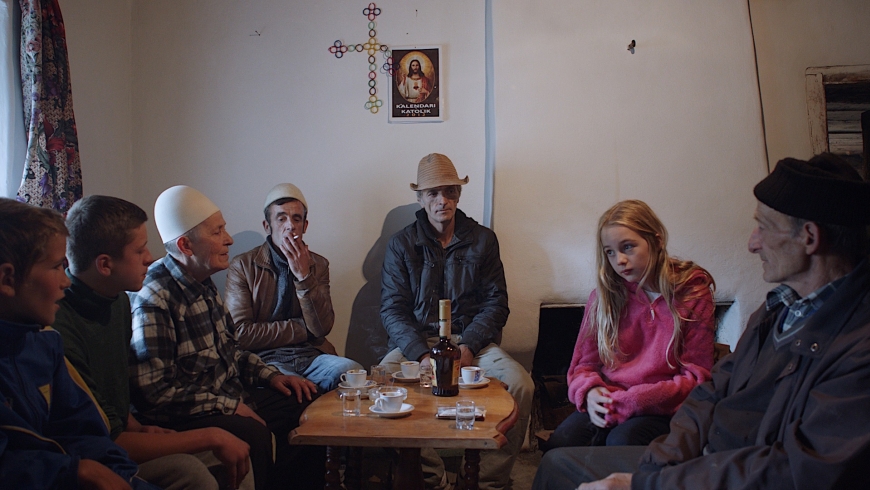 A new exhibition featuring Marianna Simnett and Ericka Beckman explores how both artists use technology and classic tropes of fairy tale storytelling to create artworks that are alluring and repelling, sensual and troubling. The exhibition will feature both The Udder (2014) and Blood (2015) from Marianna Simnett.

About Marianna Simnett's The Udder:

If childhood is a land of milk and honey, it is also a place of demons and ghosts. In Marianna Simnett’s short film The Udder, the mammary gland of the title doubles as a kind of memory machine that plugs us directly into that heightened, reverberant universe. Shot on a robot dairy farm in rural Sussex, and conjuring extraordinary performances from the people who live and work there, Simnett’s magic-realist tale considers the increasingly technical process of automated milk production as the site of an elemental struggle between the forces of purification and corruption; forces that loom equally large over a much more personal rite of passage, in which halcyon innocence is shadowed and clouded by the uncertainties of puberty.

This short film, adorned with its deceptively simple title Blood, deals in both its material and its mythological dimensions. Alternating between the confines of a sick-bed and a reverberant mountain landscape (which may be either a cherished memory or a figment of a fevered imagination), the piece pivots on the figure of Isabel, the young heroine of Simnett’s earlier companion work The Udder. Accompanied by her friends Olivia and Molly (who double as phantom emissaries of misbehaving parts of her body), she is also shadowed by Lali, a ‘sworn virgin’ from the north of Albania, who has renounced her biological identity and elected, from an early age, to live life as a man.