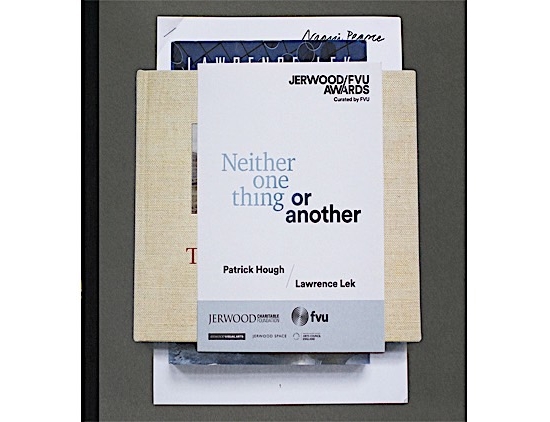 This publication accompanies the Jerwood/FVU Awards 2017, for which Patrick Hough and Lawrence Lek were commissioned to create major new works using moving image: And If In A Thousand Years and Geomancer respectively. In response to the curatorial theme, Neither One Thing or Another, both artists employed pioneering, conceptually fitting, technologies to examine the steadily blurring line between the real and the artificial.

Amongst stills from each of the films, the dedicated texts by Steven Bode and Naomi Pearce explore the wider questions raised by the curatorial premise, assembling conceptual parallels between the works by Hough and Lek. Read Naomi Pearce's included Commencement Speech online.

The Jerwood/FVU Awards are a collaboration between Jerwood Charitable Foundation and Film and Video Umbrella. FVU is supported by Arts Council England.

Standard UK delivery for this item is £3.50. We are able to arrange international delivery, so if you would like to order a publication from outside of the UK please email bookshop@fvu.co.uk to enquire.