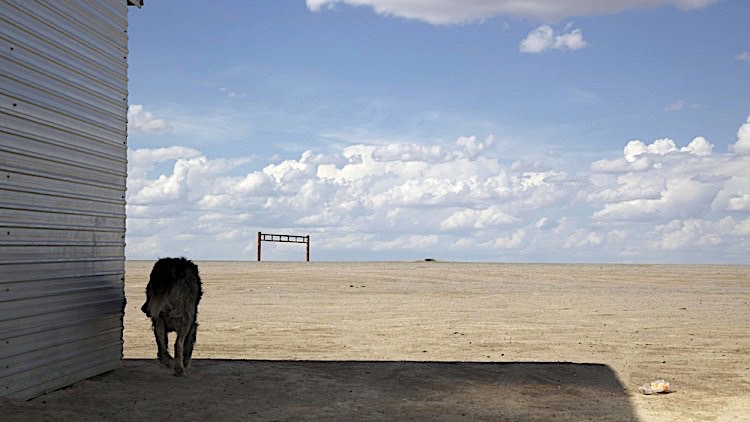 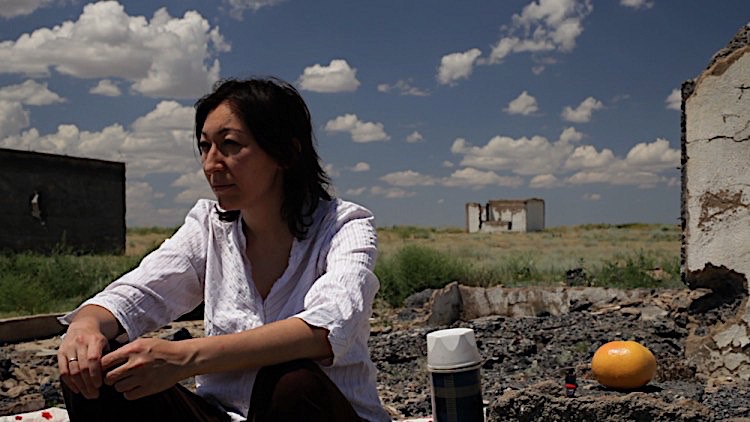 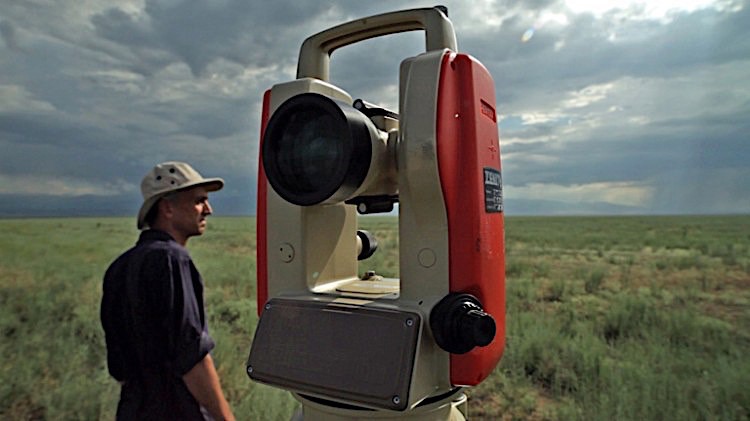 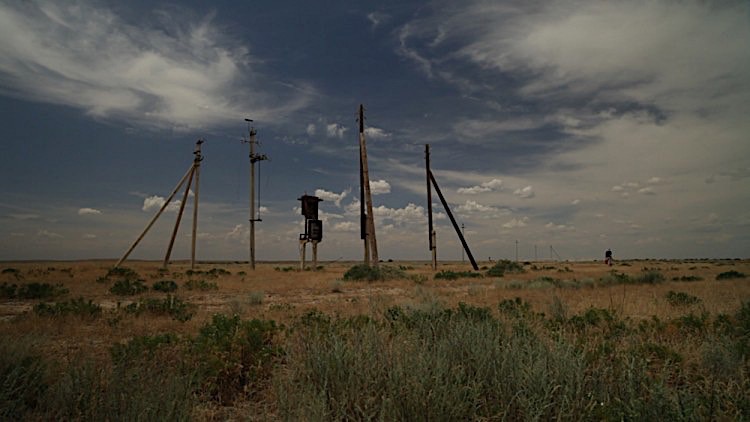 Anarcadia is an ambitious video work shot among the desert expanses of Kazakhstan. Into this shifting, elemental landscape, Maclennan introduces two iconic characters: an archaeologist and a prospector; each of them methodically journeying across this apparently empty but symbolically charged terrain. For both protagonists, the lie of the land merely prefigures a deeper preoccupation with what lies beneath – an excavation of the forgotten legacies and uncertain narratives of history, as well as an increasingly frenetic material probing (gathering pace throughout this part of Central Asia) for pockets of mineral wealth.

These parallel journeys, evoking the magnetic attraction of the frontier, as an untamed tabula rasa and as the site of a half-remembered Eden, are implicitly inflected by the imported iconography of the American West, as if these remote, uncharted vistas offered new scope for these enduring myths to be enacted. Overlaying rival trajectories and competing incentives, Maclennan’s overlapping, often contradictory stories echo the fundamental indeterminacy of the desert landscape itself: unreliable, unpredictable, even treacherous, yet still a beguiling, open-ended canvas for human hopes and dreams.

A changing arrangement of location stills and archive photographs accompanied the 35-minute video at the different exhibition venues.

Co-commissioned by Film and Video Umbrella and John Hansard Gallery, Southampton, in association with Stills, Edinburgh, and Ffotogallery, Cardiff. Presented in association with Castlefield Gallery, Manchester. Funded by Arts Council England, and with the generous support of the British Council. Additional support from the Henry Moore Foundation. 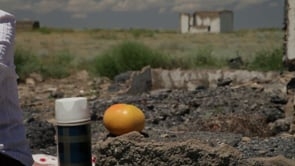 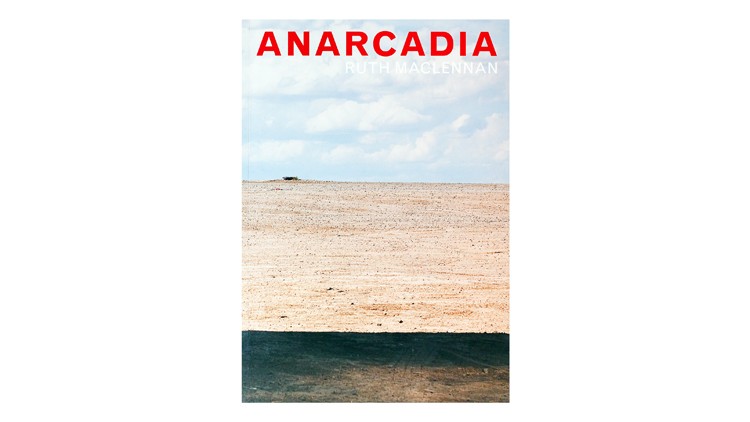