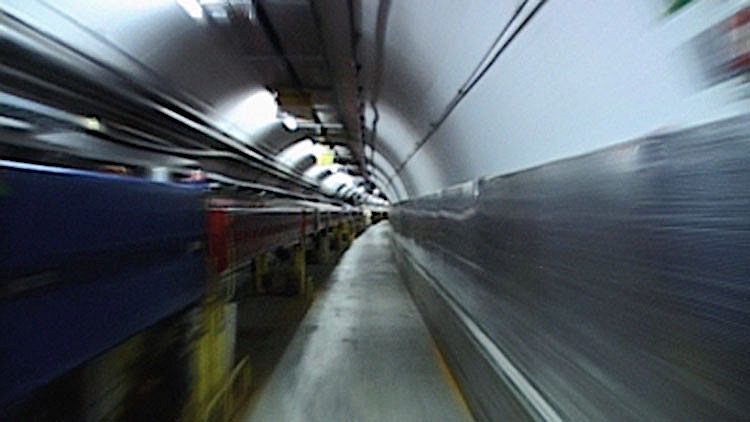 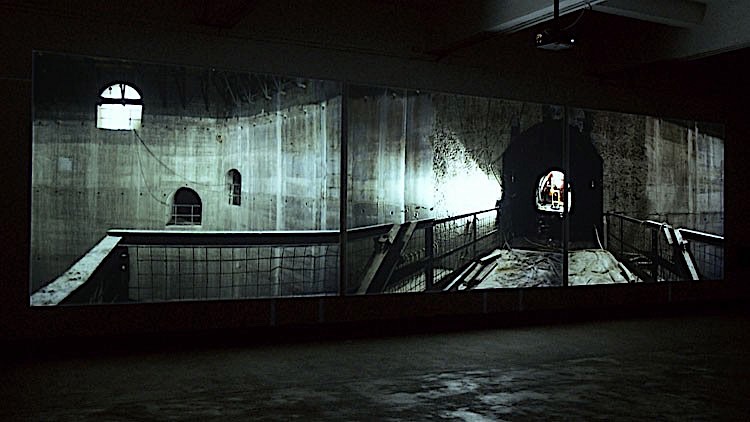 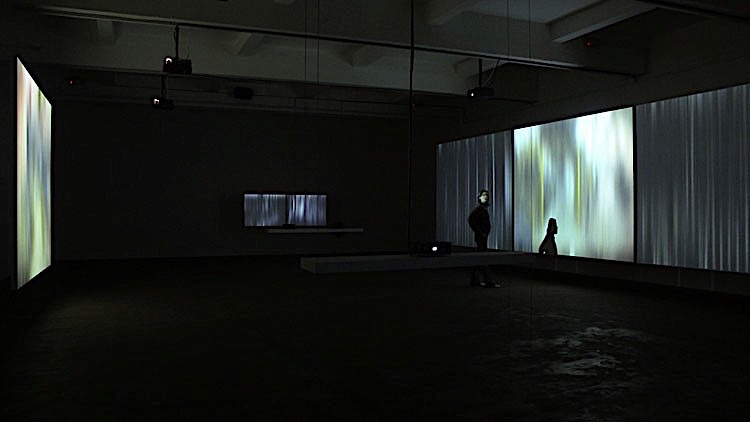 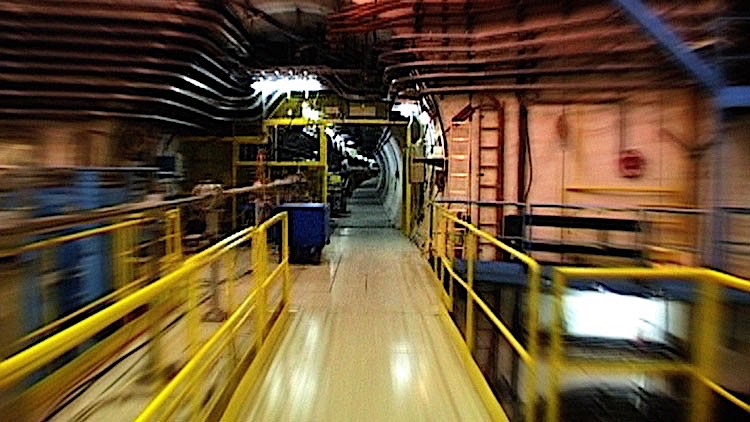 One of Andrew Stones’ regular forays into the world of leading-edge science, Atlas is a multi-screen video installation that relays back a series of remarkable views from the dark and often unfathomable recesses of the particle physics research facilities at CERN in Switzerland — a place where some of the biggest machines on the planet are trained on the study of the smallest particles of matter. Orbiting around the cavernous space of an underground detector chamber, or picking up speed down the breakneck curves of a particle accelerator, the piece also detours to take in less obvious locations, including the offices of two of the centre’s research scientists. A vivid exercise in scale and perspective, it captures not only the mind-boggling scope of this colossal undertaking but something of the intellectual force-field in which it operates.

Atlas was commissioned by Film and Video Umbrella and Chisenhale Gallery, supported by Arts Council England. Project research was supported by a Fellowship from NESTA (the National Endowment for Science, Technology and the Arts, UK). 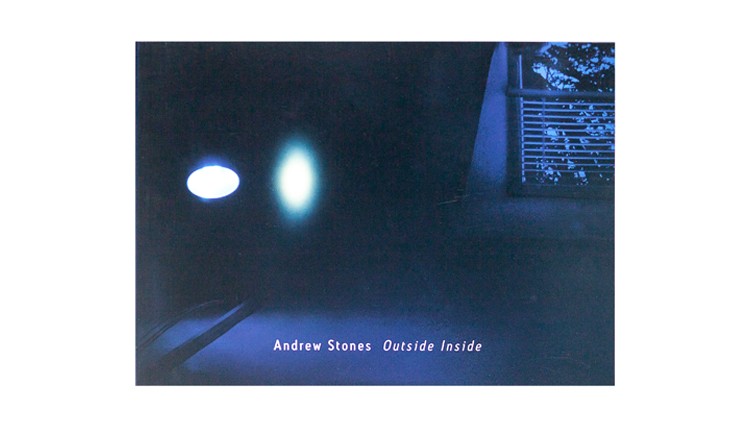