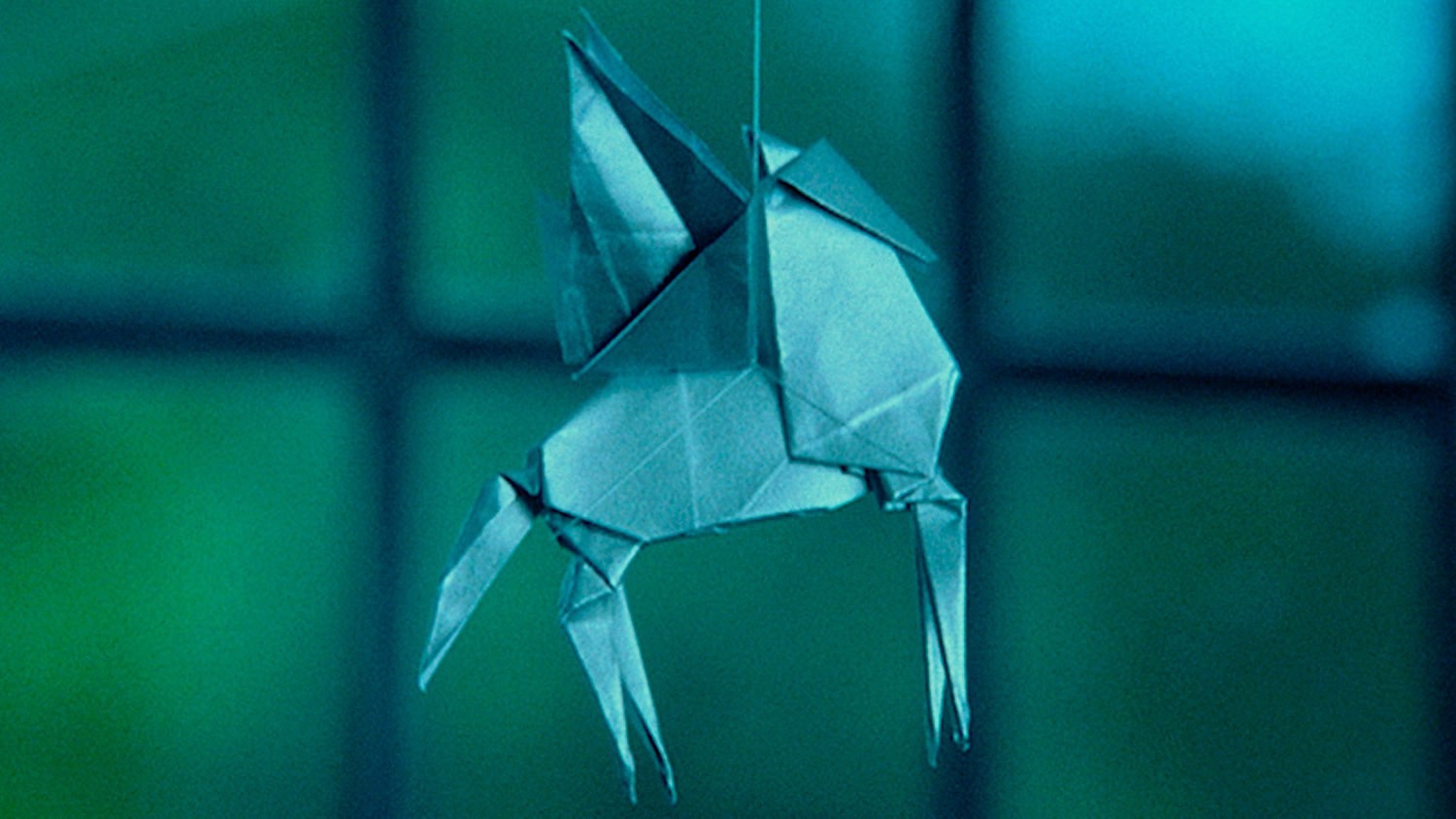 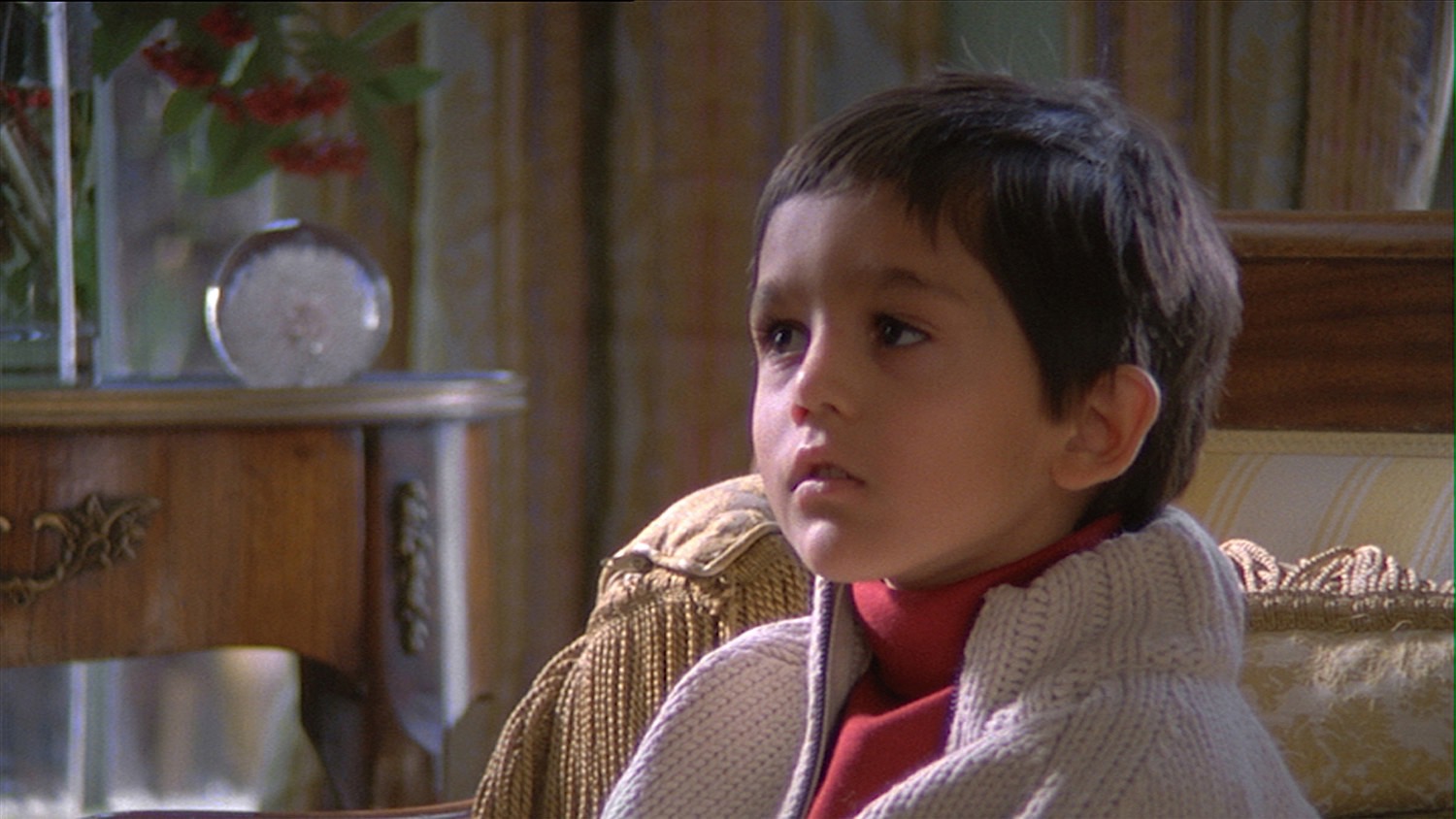 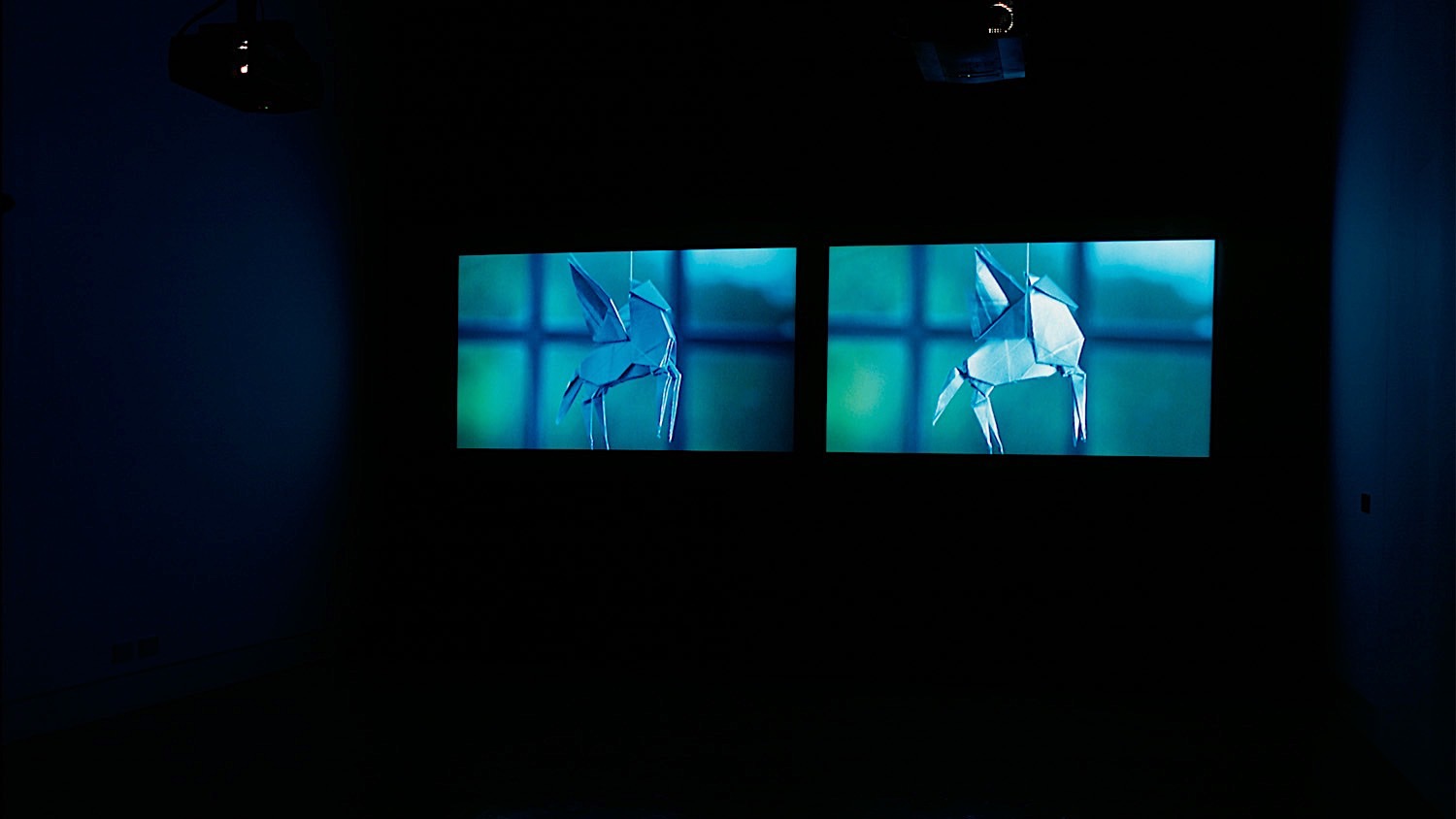 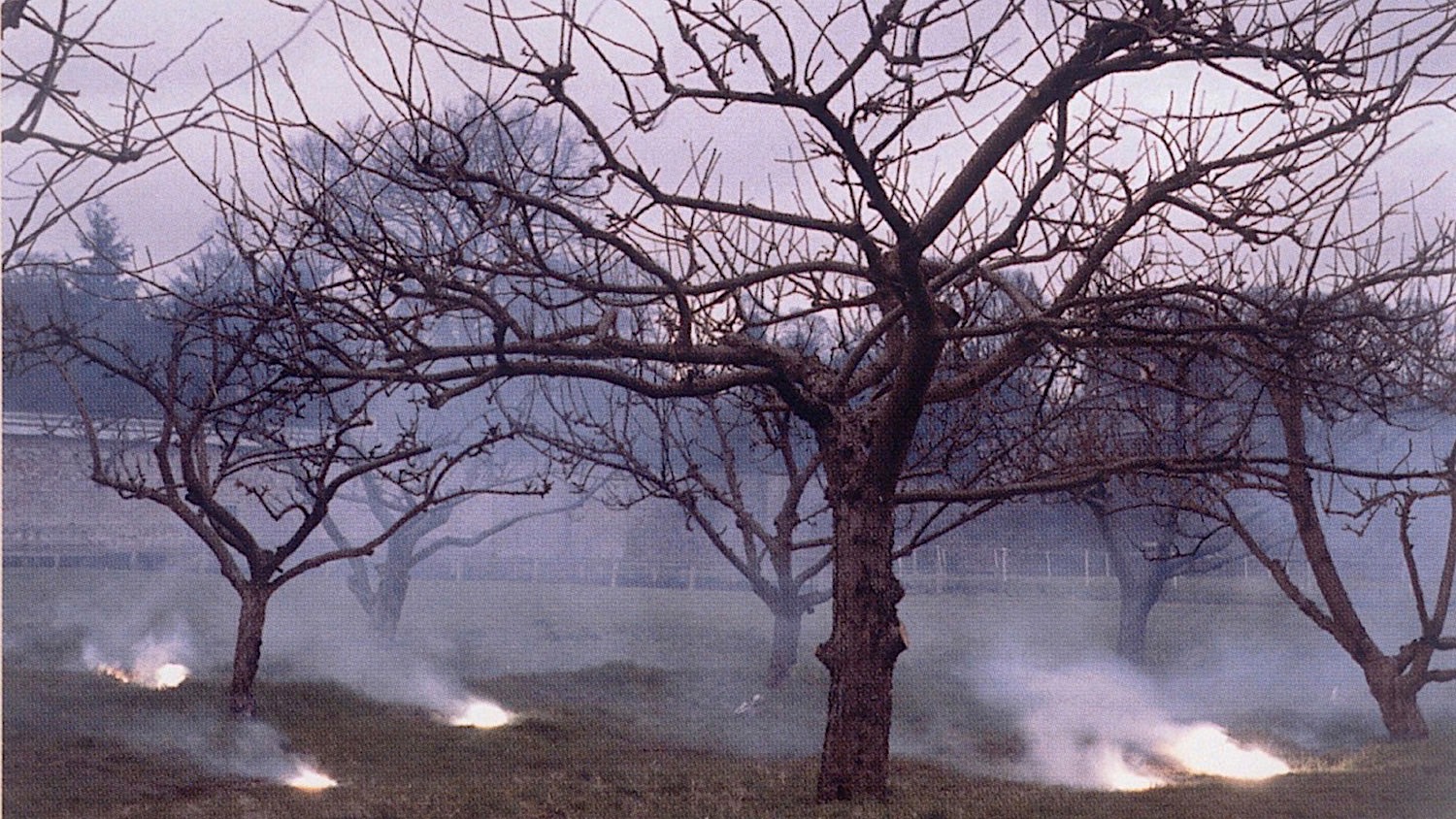 Initiating a finely poised call-and-response between a pair of near-identical projection screens, Sutapa Biswas’ Birdsong circles through a cluster of dream-like images of slow-burning power and intensity. While the repeated motif of a child’s paper mobile instils a mood of delicate reverie, the sudden, hallucinatory appearance of a fully-grown horse in the midst of a typically bourgeois living room lends a frisson of Freudian fantasy. Ruffling the illusion of domestic tranquillity with a note of mystery and ambiguity, Biswas collides the familiar and the unfamiliar to capture something of the strangeness that lurks behind the surface of ordinary, everyday reality. A companion video, Magnesium Bird, is an equally charged affair; a lyrical flight of fancy that burns all the more brightly for its stark reminders of the fleeting, fragile nature of existence.

Birdsong was an Iniva Touring Exhibition produced in collaboration with Film and Video Umbrella and supported by Arts Council England Grants for National Touring, the Arts and Humanities Research Board, the University of Southampton, Chelsea College of Art and Design, Magnesium Elektron and The Culture Company. 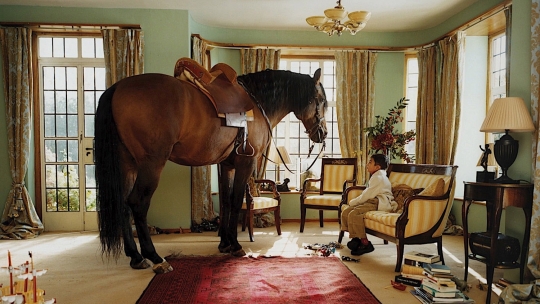 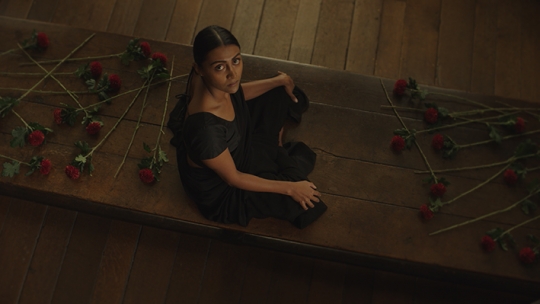