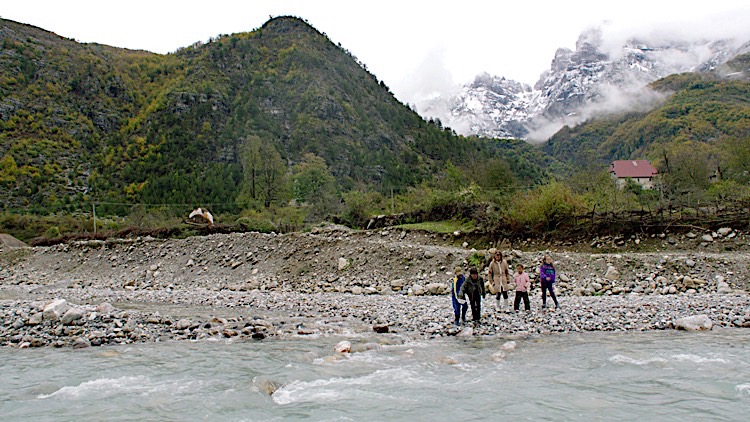 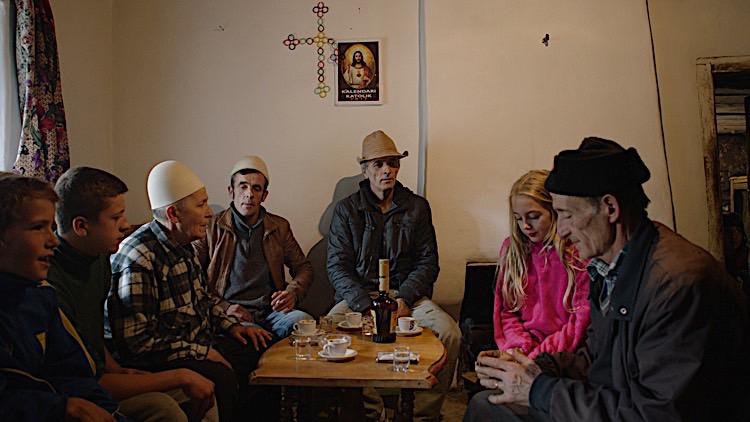 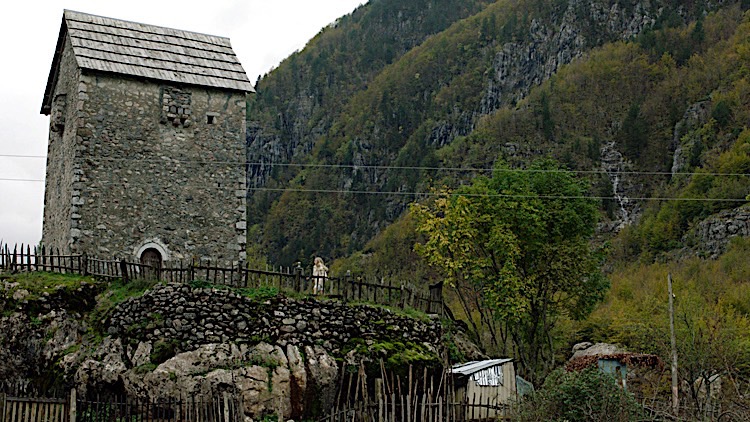 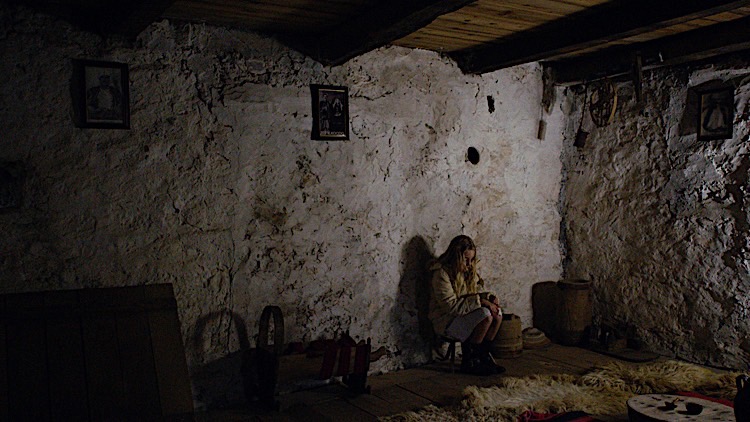 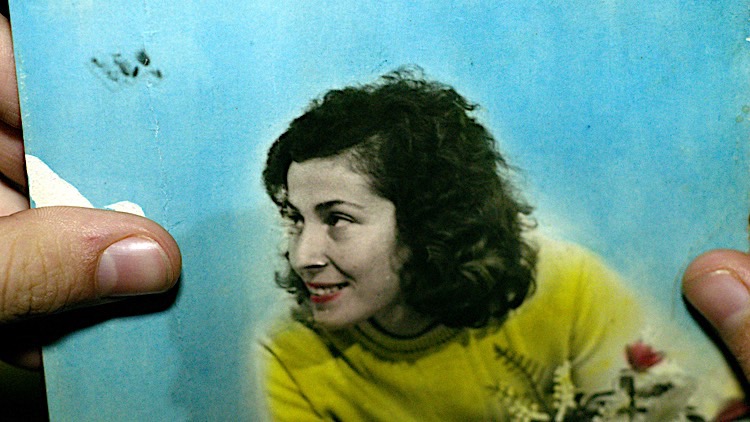 Blood runs thicker than water – which is maybe why it clots and coagulates. Emotions adhere to notions of blood, and what it represents; signifying kinship, invoking destiny; marking the body as a source of vitality or, on occasion, a site of shame. Blood goes deep, and in so doing it can get messy. Marianna Simnett knows this. Her short film, adorned with its deceptively simple title Blood, deals in both its material and its mythological dimensions. Alternating between the confines of a sick-bed and a reverberant mountain landscape (which may be either a cherished memory or a figment of a fevered imagination), the piece pivots on the figure of Isabel, the young heroine of Simnett’s earlier companion work The Udder. Accompanied by her friends Olivia and Molly (who double as phantom emissaries of misbehaving parts of her body), she is also shadowed by Lali, a ‘sworn virgin’ from the north of Albania, who has renounced her biological identity and elected, from an early age, to live life as a man. Lali follows Isabel around with the beady eye of a nanny and the doleful twitchiness of a Gollum. What is Isabel supposed to think of her? Is she a role model of hard-won independence and self-determination? Or a portent of the rocky road that lies ahead when one chooses a different path in life? The children of the village recite schoolroom nursery rhymes, while the men talk darkly of honour. A stranger who has mysteriously arrived on the scene, Isabel seems to be always at the apex of their attentions – admired yet punished on the one hand; accepted and protected on the other. The children of the village gather water in a sieve, while the men raise glasses of raki. What is Isabel supposed to make of them? Are they ghostly hallucinations from the aftermath of a botched operation? Or witnesses to a childhood rite-of-passage that goes back untold generations? Blood is never simple. It goes deep, and in so doing it can get messy.

Commissioned for the Jerwood/FVU Awards 2015: What Will They See Of Me?, a collaboration between Jerwood Arts and FVU in association with Centre for Contemporary Art, Glasgow and University of East London, School of Arts and Digital Industries. FVU is supported by Arts Council England. 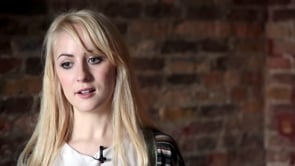 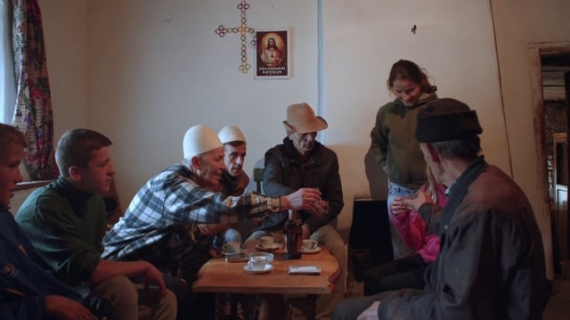 The Guardian | Hannah Clugstone | No fairytale endings for these radicals 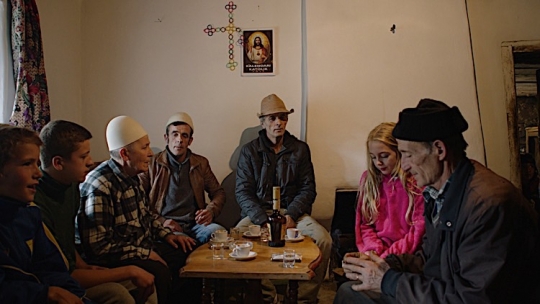 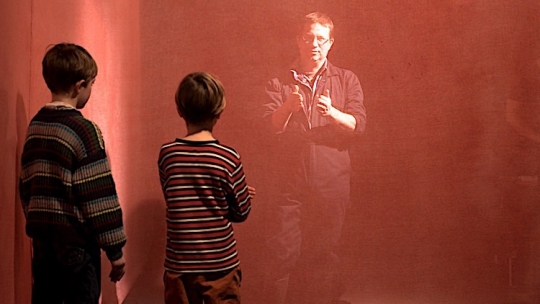 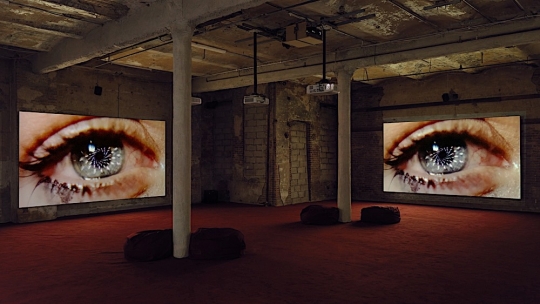 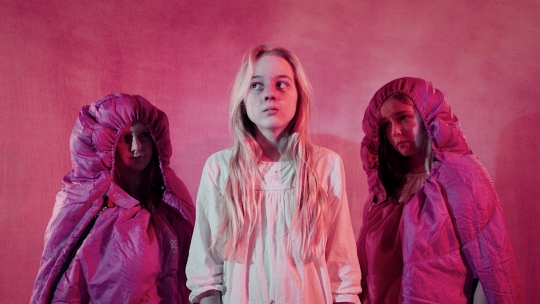