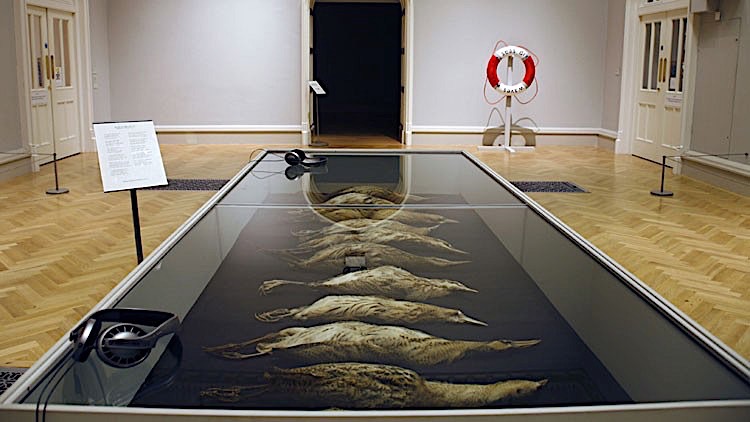 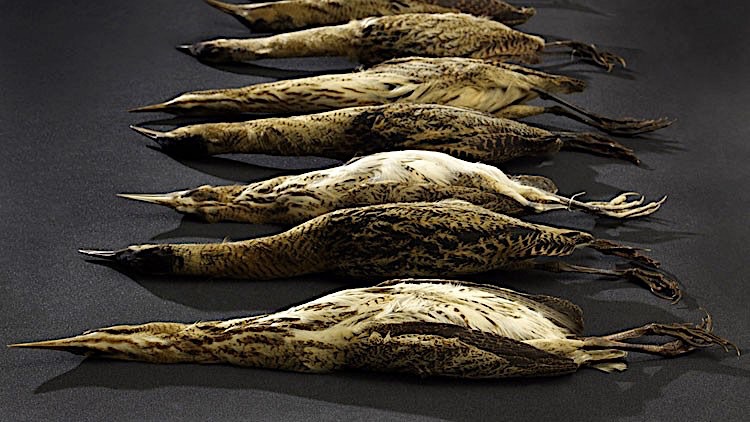 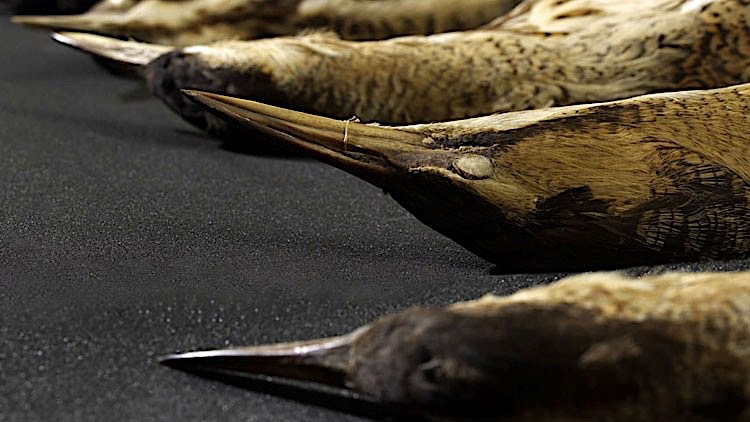 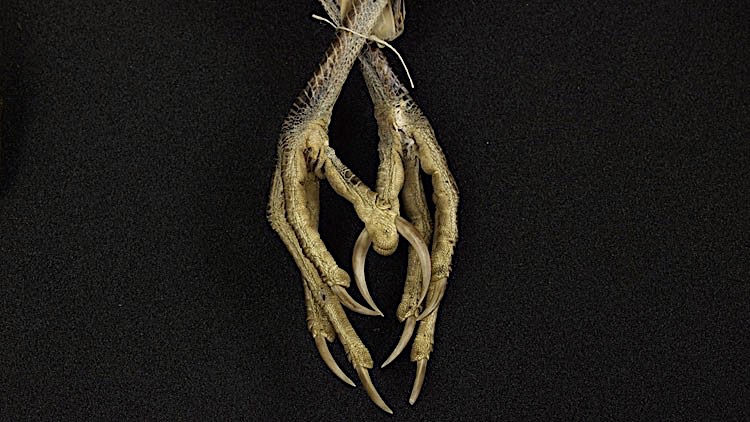 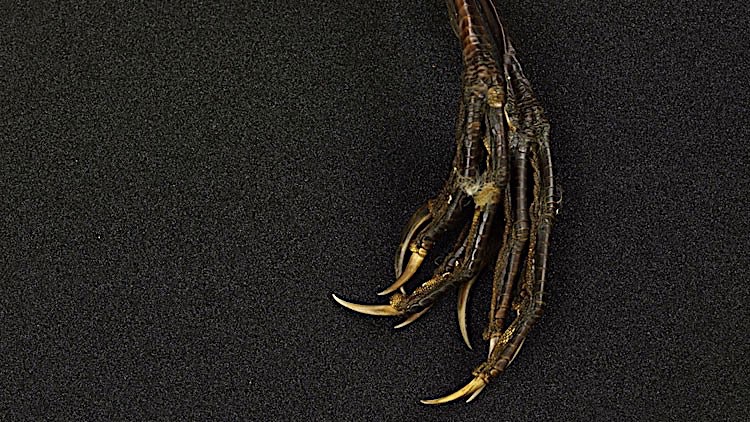 A regular motif in Marcus Coates’ practice is the notion of ‘becoming animal’; that is, taking on an animal’s characteristics as a component in a spiritual journey, or as an imitation of base behaviour. For Film and Video Umbrella’s group project, Waterlog, Coates created two new and related works, both of which explore the cultural mythology of one of the region’s most elusive birds: the bittern.

Presented in a long display case, Coates installed eleven unstuffed bittern specimens, known as skins, from the Norwich Castle Museum’s natural history collection, representing the total number of males recorded in Britain in 1997, the lowest figure since the 1950s, and from which the current population has subsequently grown. Emanating from this rather macabre display, as if from the dead birds themselves, was a song of bitterns and bitterness composed and performed by the artist in a local accent, itself a warning and perhaps example of man’s folly.

The bittern has long been perceived as a messenger of doom, perhaps due to its deep, booming call. During the exhibition, this distinct soundtrack could be heard at regular intervals echoing within the Museum’s Rotunda, around which could also be read the following quotation from the Old Testament’s Book of Zephaniah: ‘the bittern shall lodge in the upper lintels of it; their voice shall sing in the windows; desolation shall be in the thresholds.’ Given that this warning concerns the Lord’s destruction of the city of Nineveh, now known as the Iraqi city of Mosul, these words possessed a distressing contemporary relevance.

Britain’s Bitterns c.1997 was commissioned as part of 'Waterlog'. 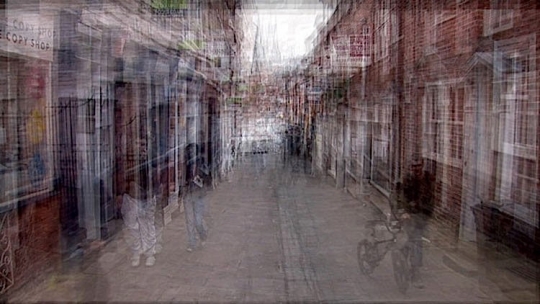