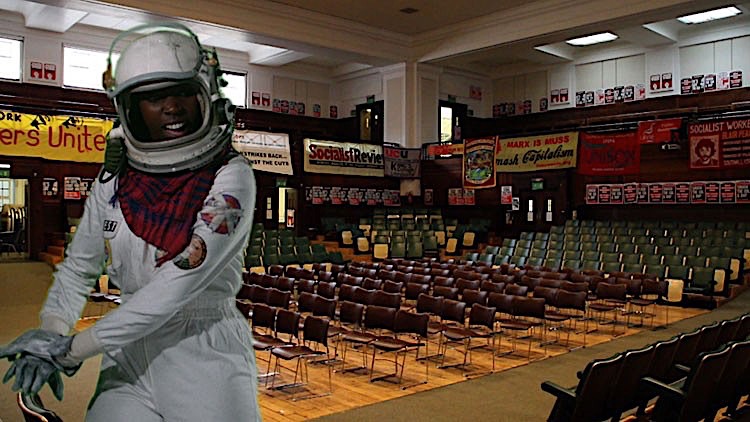 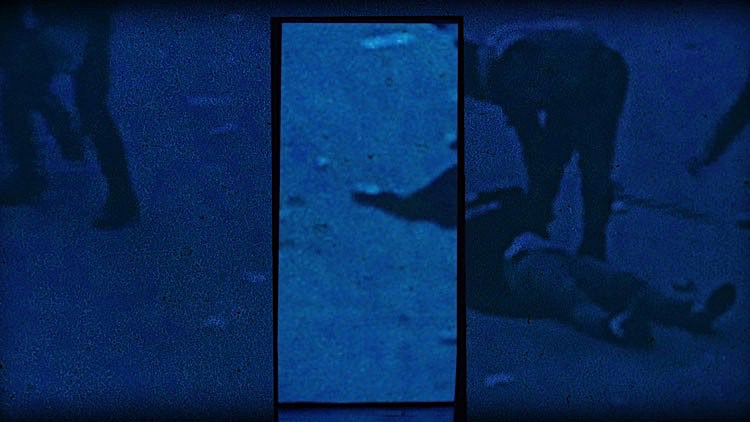 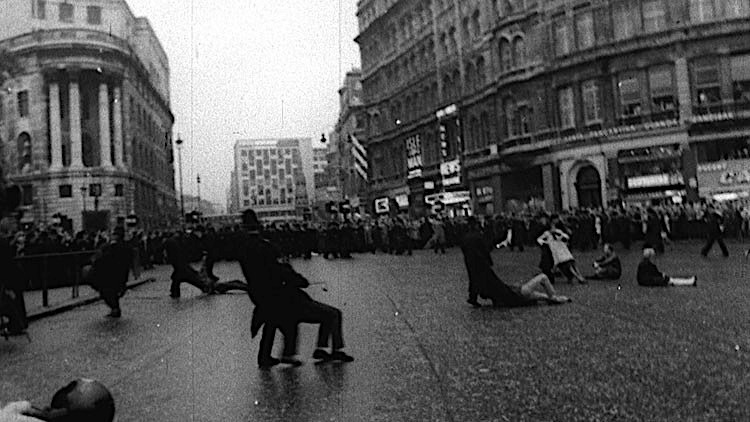 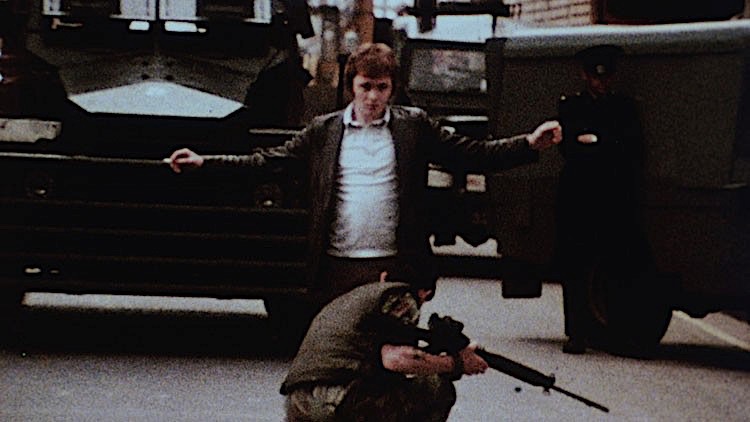 Deep State is a film by Karen Mirza and Brad Butler that has been scripted in collaboration with author China Miéville. The film takes its title from the Turkish term ‘Derin Devlet’, meaning ‘state within the state’. This shadowy nexus of special interests and covert relationships is the place where real power is said to reside, and where fundamental decisions are made – decisions that often run counter to the outward impression of democracy.

Amorphous and unseen, the influence of this deep state is glimpsed at regular points throughout the film – most clearly surfacing in its reflexive responses to popular protest, and in legislated acts of violence and containment, but also rumbling and reverberating, deeper down, in a counter-language to that of popular revolt, in which a police charge, a baton attack, a pepper spray, assassinations provoke, and respond to, a raised fist, a thrown rock, a crowd surge, an occupation.

A powerful undertow in the ongoing tide of history, this push and pull of competing forces is deftly illuminated in a vivid montage of newly filmed and archive footage. Collided together, past, present and future trace a continuum, in which patterns start to recur. A ‘riotonaut’ time-travels through momentous demonstrations, at first an addict, then something more, passing through the holes punched in history by uprisings. On a moonscape, confronted with a picket that becomes a riot, an ur-dictator, personification of the Deep State, blurts stupefying, hot-air abstractions of neo-liberalism. 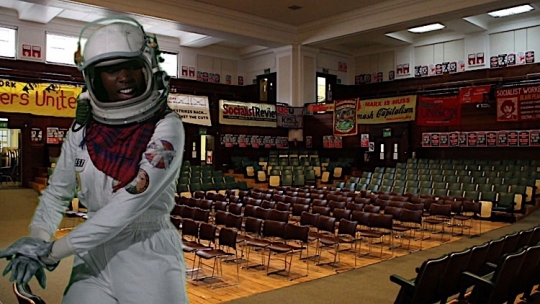 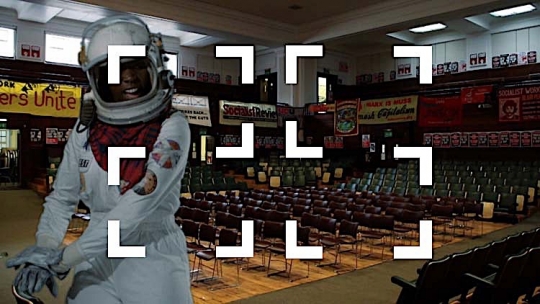 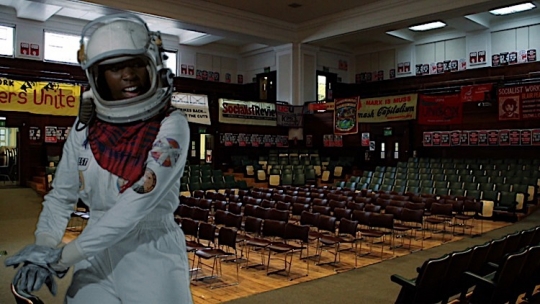