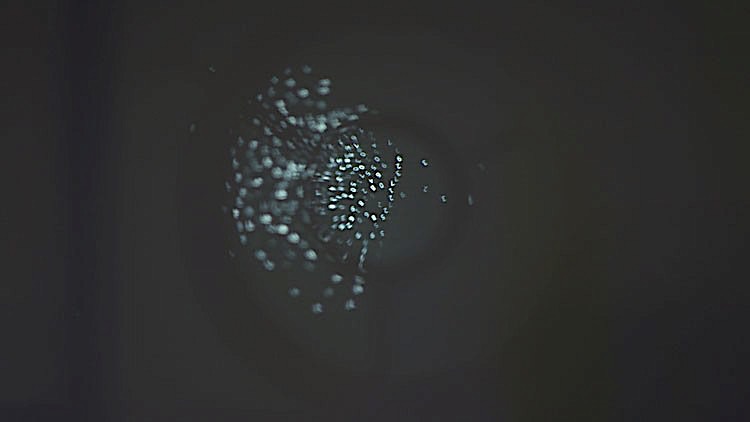 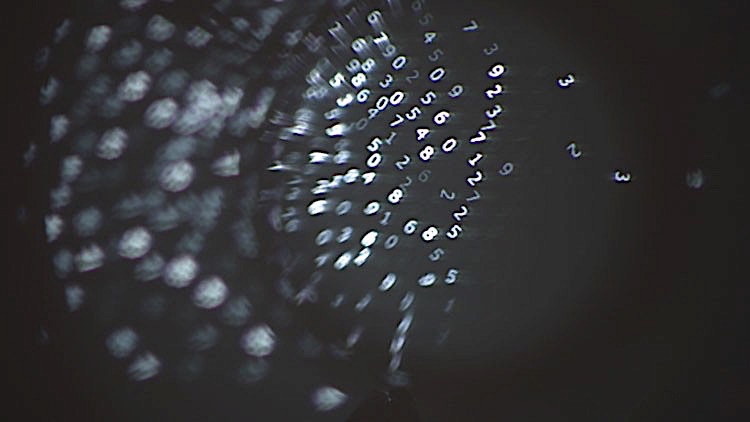 Torsten Lauschmann’s intriguingly multiform but deftly sculptural moving-image installations frequently highlight points of connection between digital technology and pre-cinematic optical entertainments. One of the stand-out works in 2012 solo exhibitions at Dundee Contemporary Arts and John Hansard Gallery, Father’s Monocle typifies his disarmingly oblique but beguilingly incisive approach. A shape-shifting shimmer formed out of multiple pinpricks of light is video-projected onto the darkened backdrop of the gallery wall. Teeming like midges but glowing like fireflies, these indistinct light sources hover at the edge of focus, like a miniature Milky Way. As they cluster and dissolve in ever-changing patterns, the simple action of a free-hanging monocle, twisting and twirling like a mobile in front of the beam of the projector, brings a small part of the image into sharper (albeit temporary) perspective. As if under the restless lens of a telescope, or the magical optic of a magnifying glass, each tiny glimmer reveals itself as one of a series of a numbers, floating in the void of space.

Conjured up by running a specially written ‘flocking algorithm’ on an everyday gaming computer, the piece subtly illuminates the so-called ‘emergent’ properties of complex mathematical systems. At the heart of this gentle snowstorm of chaos, Lauschmann’s spyglass evokes a feeling of stillness – the underlying quiet at the eye of the swarm. Named, with nostalgic affection, after an antiquated eyepiece from a previous era, the piece also paints a humorous picture of God the creator looking out over the universe yet seemingly unable to give his attention to more than a few of his subjects at any given time. 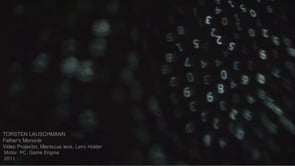 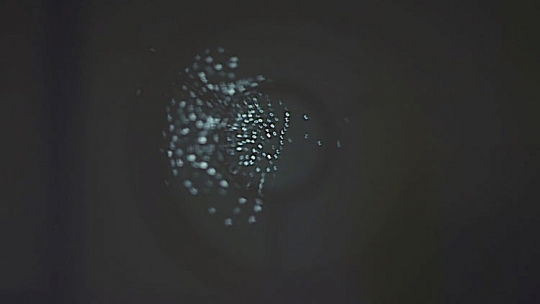 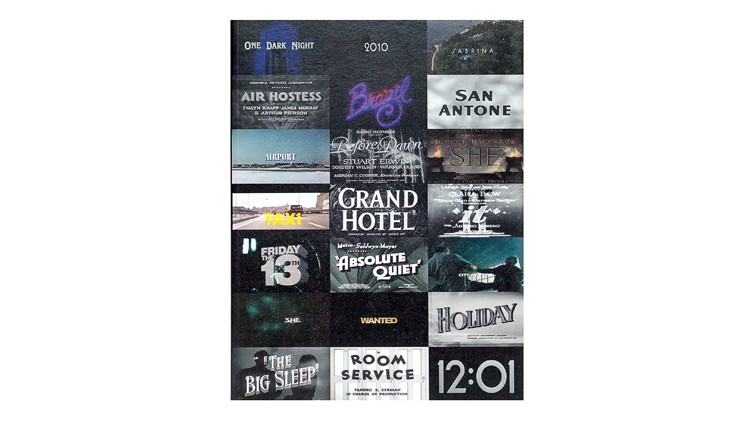