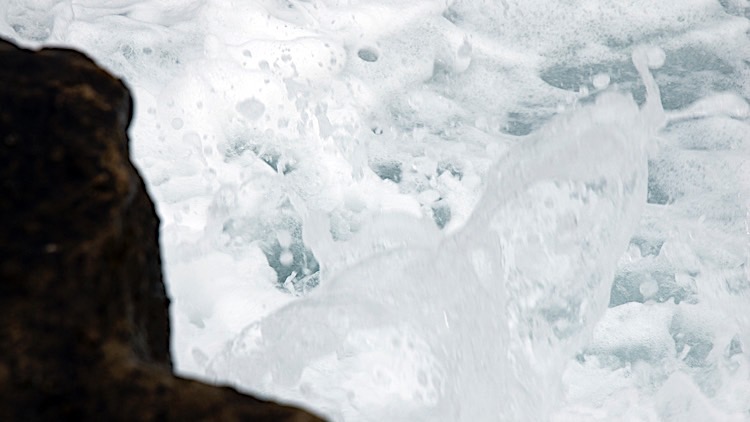 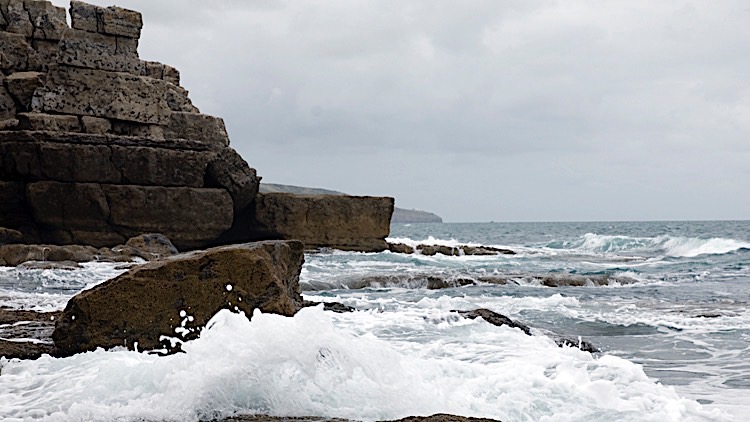 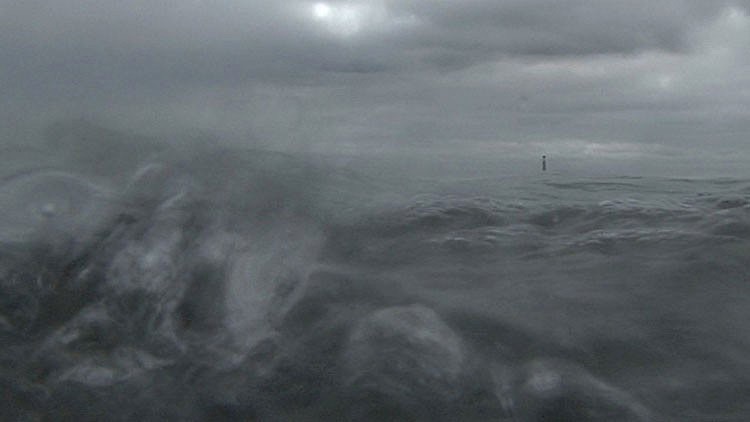 Commissioned to accompany a touring exhibition of the coastal paintings of Turner and Bonington, Gemma Pardo’s video Finisterre explores the ever-changing threshold between land and sea, oscillating slowly between stillness and motion, while equally delicately poised between attentive, durational observation and a state of almost dream-like drifting.

Set at two different points along the English Channel, and filmed from both above and below the surface of the water as the tide first fills and then retreats from the frame, Finisterre dissolves between two contrasting but emblematic scenes. As if highlighting the formative imprint of the maritime topography of her homeland in Galicia in Spain, Pardo begins with a view of an isolated, rugged shoreline (near Swanage, in Dorset). Then, in a seamless sleight-of-hand, as the rising water submerges the camera, she deposits us further down the coast, where glimpses of waterside industry can be seen in the background, as the camera resurfaces, and our eyes adjust, as if suddenly waking, to the pale, white glare of the sky. Weighing the turbulent cycles of tide and light against the elemental stillness of the land (and the fleeting traces of human activity), Pardo’s video is a subtle meditation on our complex relationships with the natural environment, and our subjective experience of place. 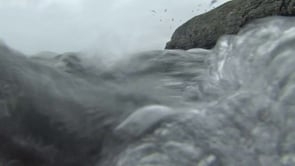