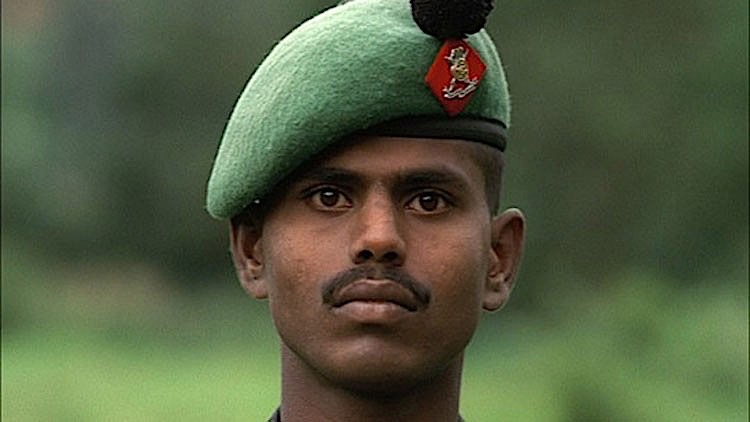 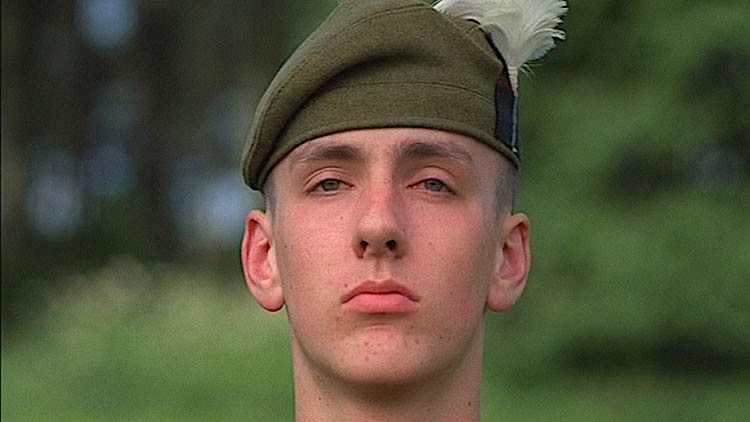 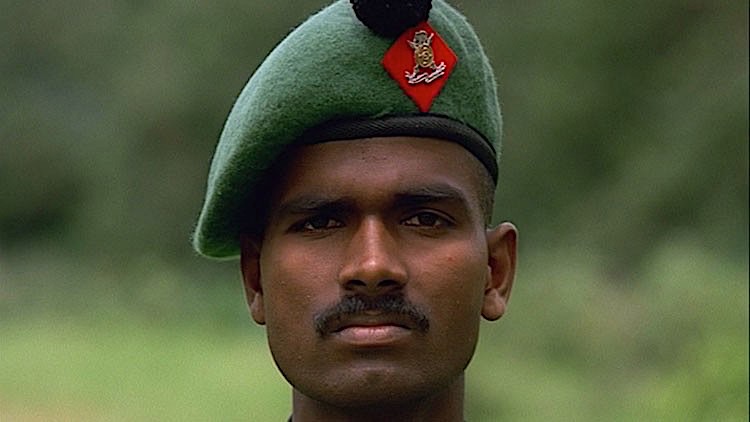 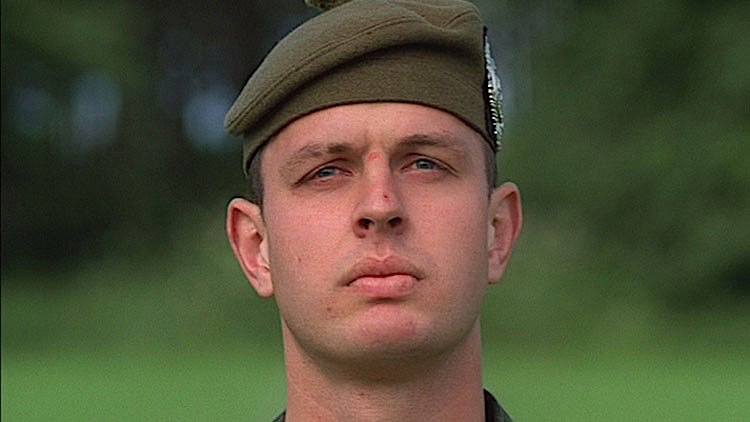 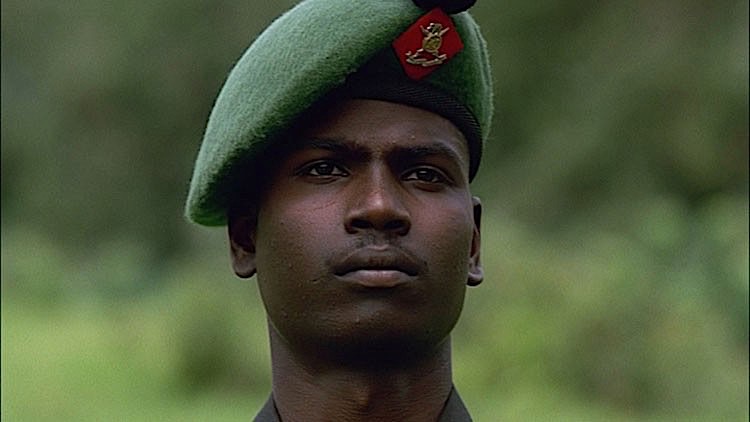 A large-scale single-channel film projection that continues Buchanan’s interest in the iconography of portraiture and its significance as a marker of social identity, History Painting takes as its subject the close ties that have existed between two regiments of the Scottish and Indian armies since they first went into battle together during the 18th century.

Filmed on their respective parade grounds in Southern India and Northern Britain, recruits from these two ‘sister regiments’ stare implacably into the camera as it patrols up and down their ranks. Where they once fought shoulder to shoulder, Buchanan now positions the soldiers side by side, switching between lines from each regiment to emphasise their unity, and their uniformity, while pushing the faces of each individual forward, to convey a more complex and affecting humanity.

Commissioned by the British Council in association with Film and Video Umbrella. 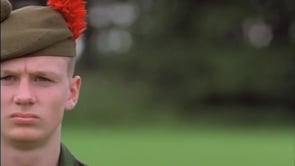 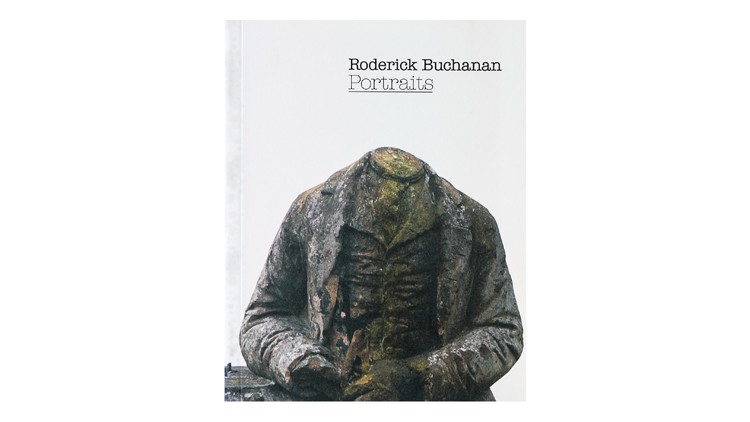