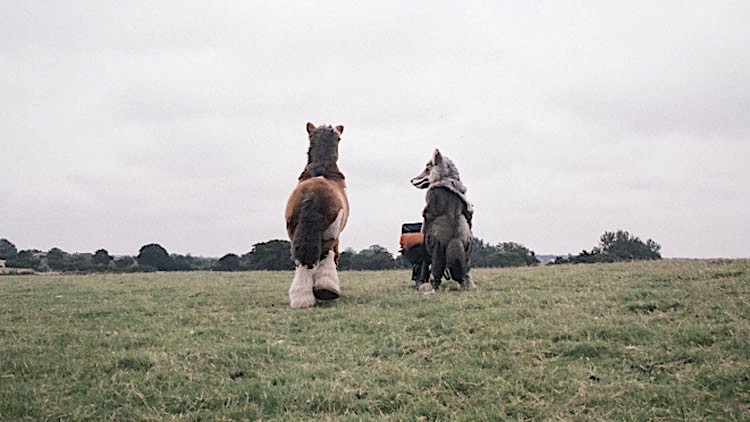 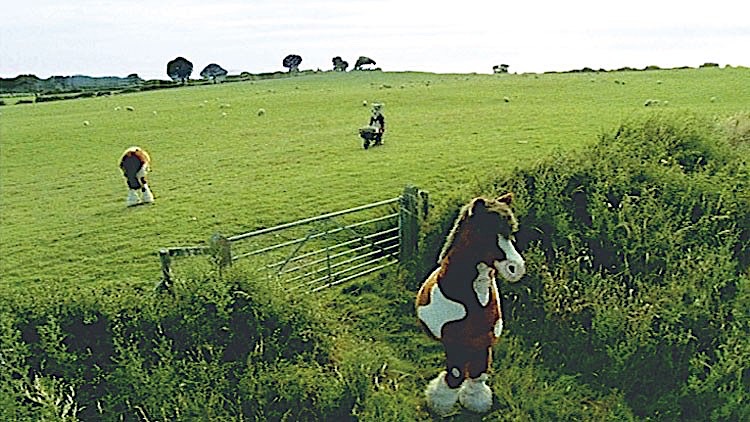 Horse & Dog adds to an occasional series of films by the internationally acclaimed artist/photographer, Boyd Webb. Distinctively offbeat, droll and engaging, it revels in the kind of elegantly observed absurdities that have long been a feature of Webb’s photographic works. The film’s protagonists are a pantomime horse and dog, and its action revolves around an ill-fated camping expedition to the country. Combining knockabout horseplay with the artist’s trademark visual invention and sly, sardonic humour, this deft and disarming cameo of ‘man’s best friends’ offers an equally vivid reminder of the eccentricities of human behaviour.

Commissioned by Film and Video Umbrella, the Estorick Collection, and The Laboratory at the Ruskin School of Drawing and Fine Art, University of Oxford in association with the De La Warr Pavilion and Milton Keynes Gallery.

Supported by the National Touring Programme of Arts Council of England. 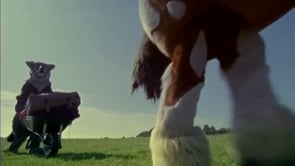