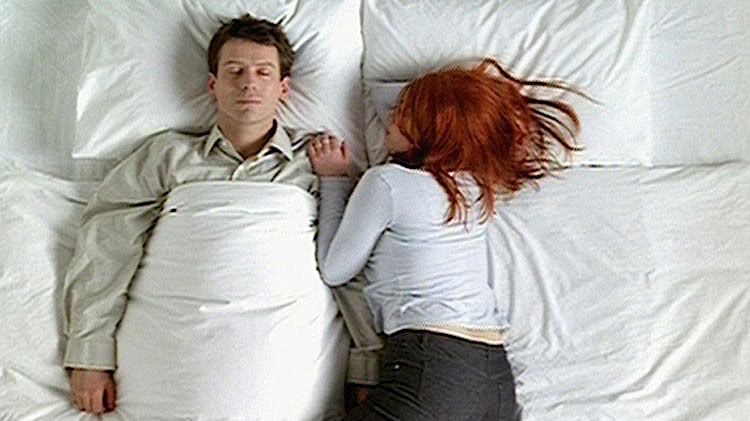 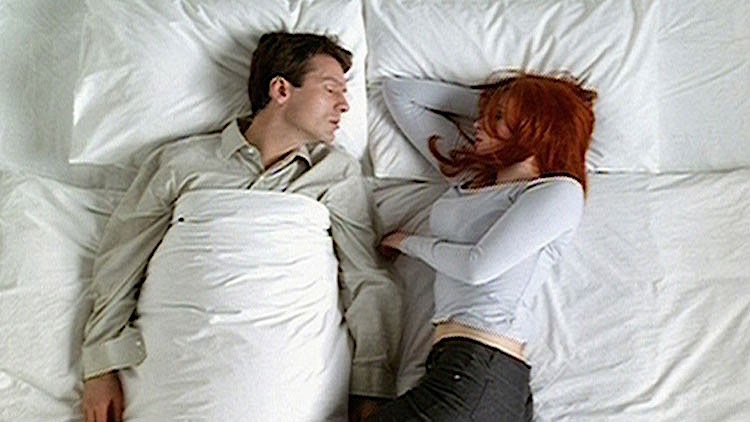 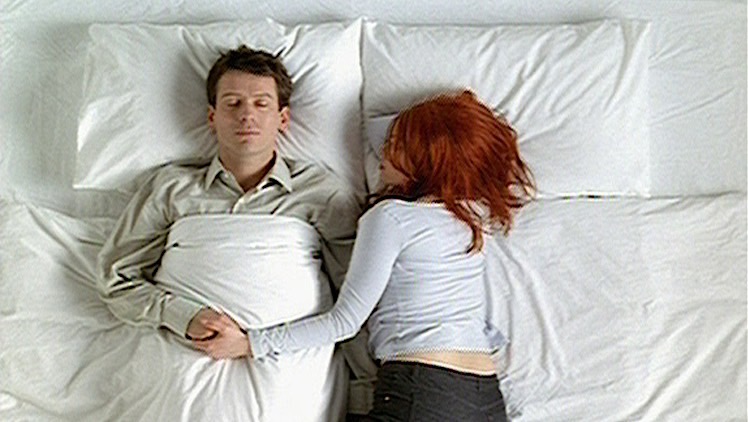 A single-channel projection work by this acclaimed Norwegian artist, It Could Happen to You is one of a short series of video portraits by Dolven based on paintings by her compatriot Edvard Munch. A contemporary updating of Munch’s famous image of The Sick Child, the piece retains many of the compositional nuances of the original, while dramatically altering its emphasis; most notably by transferring the figure of the red-haired girl (who is the nominal subject of the painting) to the side of a bedridden older man. This already ambiguous scene, with its shifting balance of suffering and consolation, is subsequently invested with even further intrigue. Played out beneath a static overhead camera, imposing its own intimate but highly cinematic frame, the two central characters move through a wordless fugue of tender and demonstrative gestures that not only reveals the depth of their relationship but suggests that the pain they are experiencing has an emotional as much as a physical basis. Presented as part of a wider installation setting, in which gallery visitors gather in a clean and functional purpose-built structure as if in a public ante-room, It Could Happen to You lends this deeply private, personal tableau a poignant universality.

A Film and Video Umbrella Touring Exhibition commissioned in association with Northern Gallery for Contemporary Art. Supported by the National Touring Programme of the Arts Council of England. 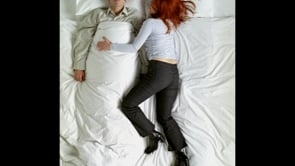 A K Dolven in conversation with Andrew Nairne 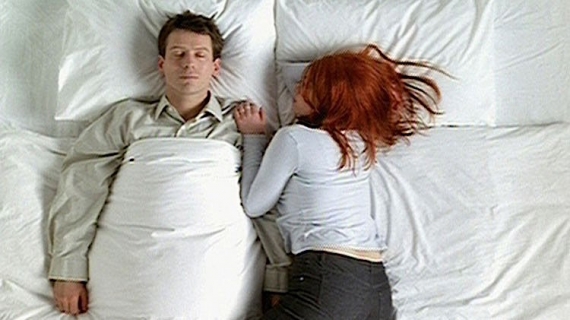 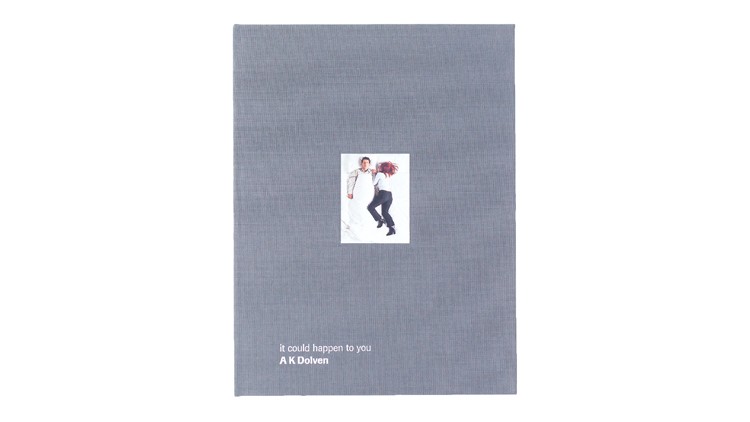 it could happen to you