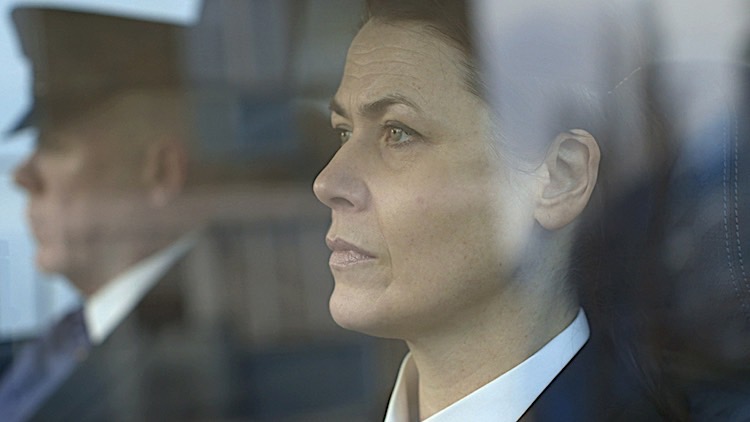 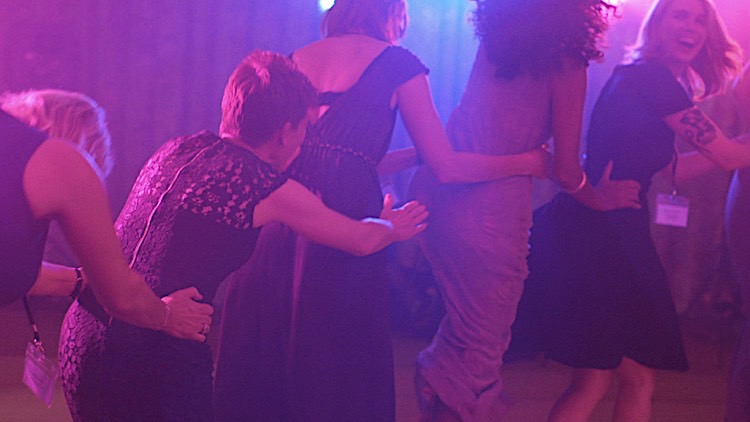 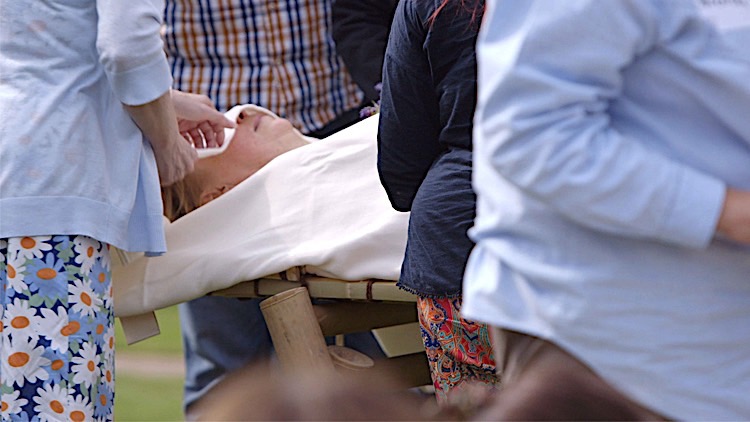 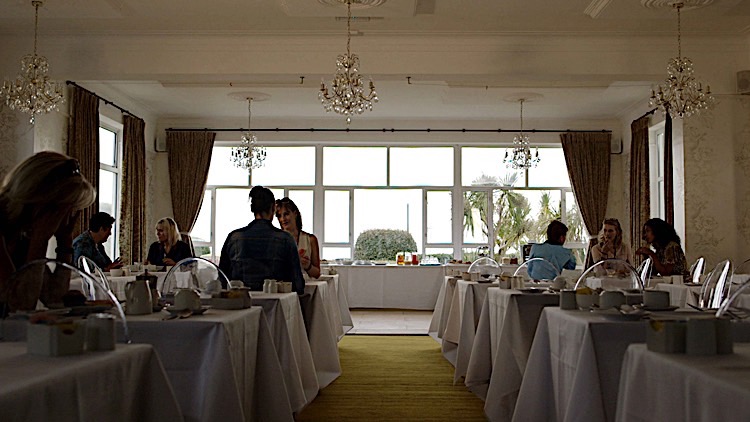 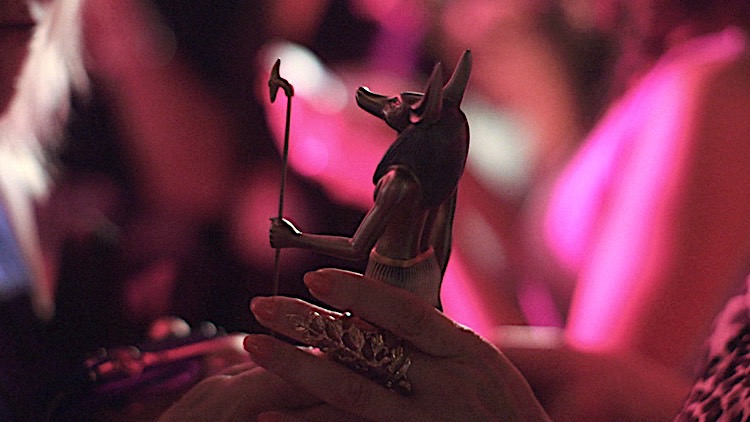 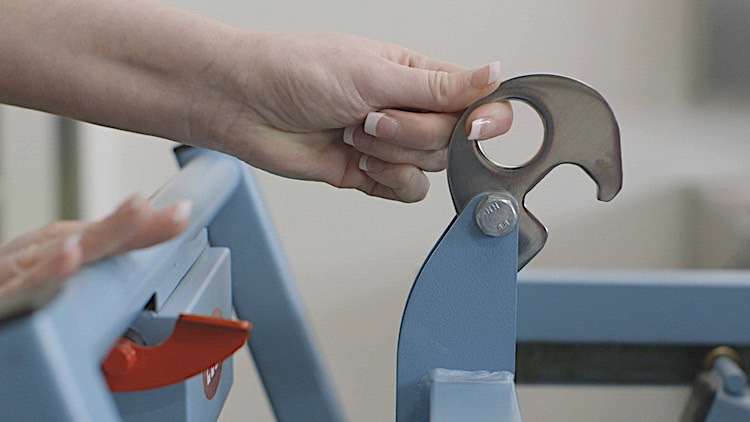 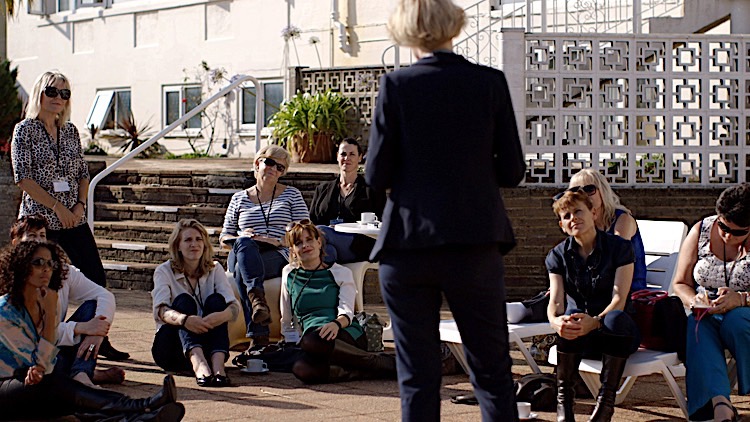 How do you sum up a life? Me – a name on a headstone. Mine – all the things and the traces one leaves behind. People come and go, but Death is constant, eternal, implacable. It haunts us, like a shadow to the side of us; waiting in the wings, where its miscellaneous attendants (the undertakers, ministers and assorted dramatis personae of the funeral ceremony) hover discreetly, at one or two removes. The business of Death is a solemn affair, and its rhythms and rituals can also feel timeless, permanent, set in stone. But the contemporary funeral industry is changing, embracing alternative practices, acknowledging different voices, and, as Lucy Beech’s film bears witness, increasingly fronted and influenced by women. Pivoting around an annual awards event at which the growing contribution of women to the sector is celebrated, Me and Mine records (and applauds) this transformation, but also pauses to reflect on what else these changes might be said to signify.

The arc of the film appears instructive: images of black-coated men with matching black hearses and horses contrast with an open-air women-only workshop whose participants affirm women’s ‘natural’ facility for empathy – a show of affinity and belonging that later intensifies into a display of togetherness and solidarity as more and more female nominees scoop the evening’s awards. How real are these expressions of fellow feeling, however, and how strong are the bonds between the women themselves? By highlighting internal tensions and uncertainties, Beech introduces other doubts. Although the quality of empathy may have a powerful currency in today’s ‘affective economy’, and while the range of new bereavement services on offer chimes perfectly with a culture that actively privileges self-realisation and emotional transparency, the basic premise of what is, after all is said and done, essentially a service performed for others occasionally blurs with older notions of so-called ‘women’s work’: caring, sharing; often selfless, sometimes subordinate – stereotypes that many had thought had been laid to rest but which can live on in other forms. Empathy may be a badge to wear, but it can also be a cross to bear. Incisive and provocative, Me and Mine demonstrates how the business of Death sheds unexpected light on the way we live now, and how the rhetoric of community that underlies people’s periodic appeals to the universal virtues of human society and interpersonal relationships sits ambiguously with an increasingly assertive politics of the self.

Commissioned by Film and Video Umbrella, with the support of Harris Museum & Art Gallery, The Tetley, The Fenton Arts Trust, The Elephant Trust and University of East London, School of Arts and Digital Industries. With thanks to Open School East. FVU is supported by Arts Council England.

Creative Tourist | Lauren Velvick | ‘Me and Mine, by Lucy Beech: Girls on film’

Aesthetica Magazine | ‘Lucy Beech: Me and Mine’

Apollo Magazine | ‘Lucy Beech: Me and Mine’

ARTUPDATE | FVU: Lucy Beech Commission ‘Me and Mine’

Corridor 8 | Elspeth Mitchell | ‘Review: Lucy Beech ‘Me and Mine’, The Tetley, Leeds’ 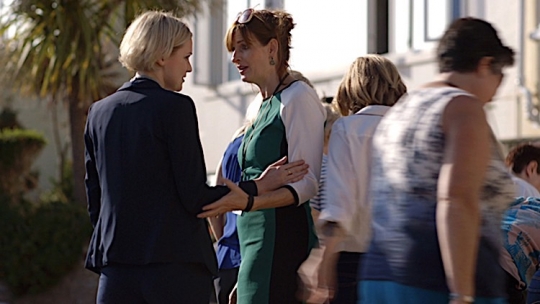 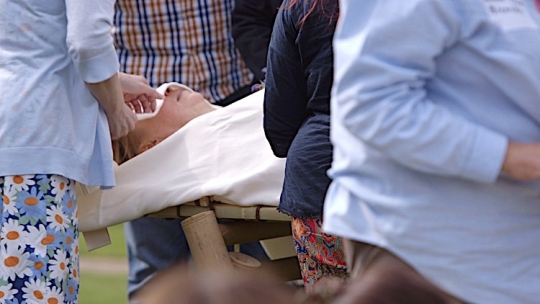 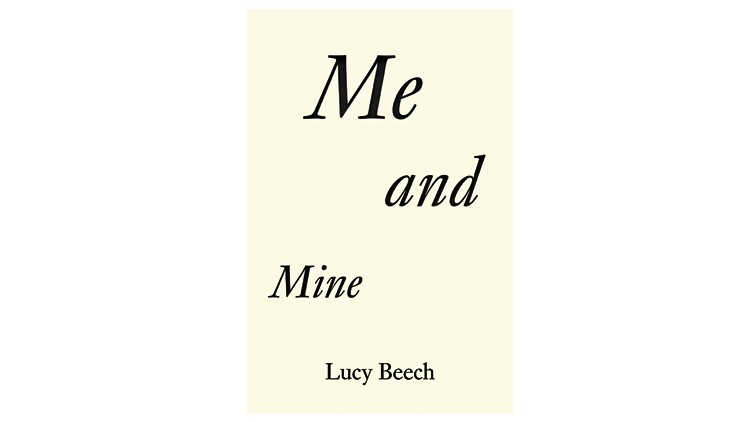