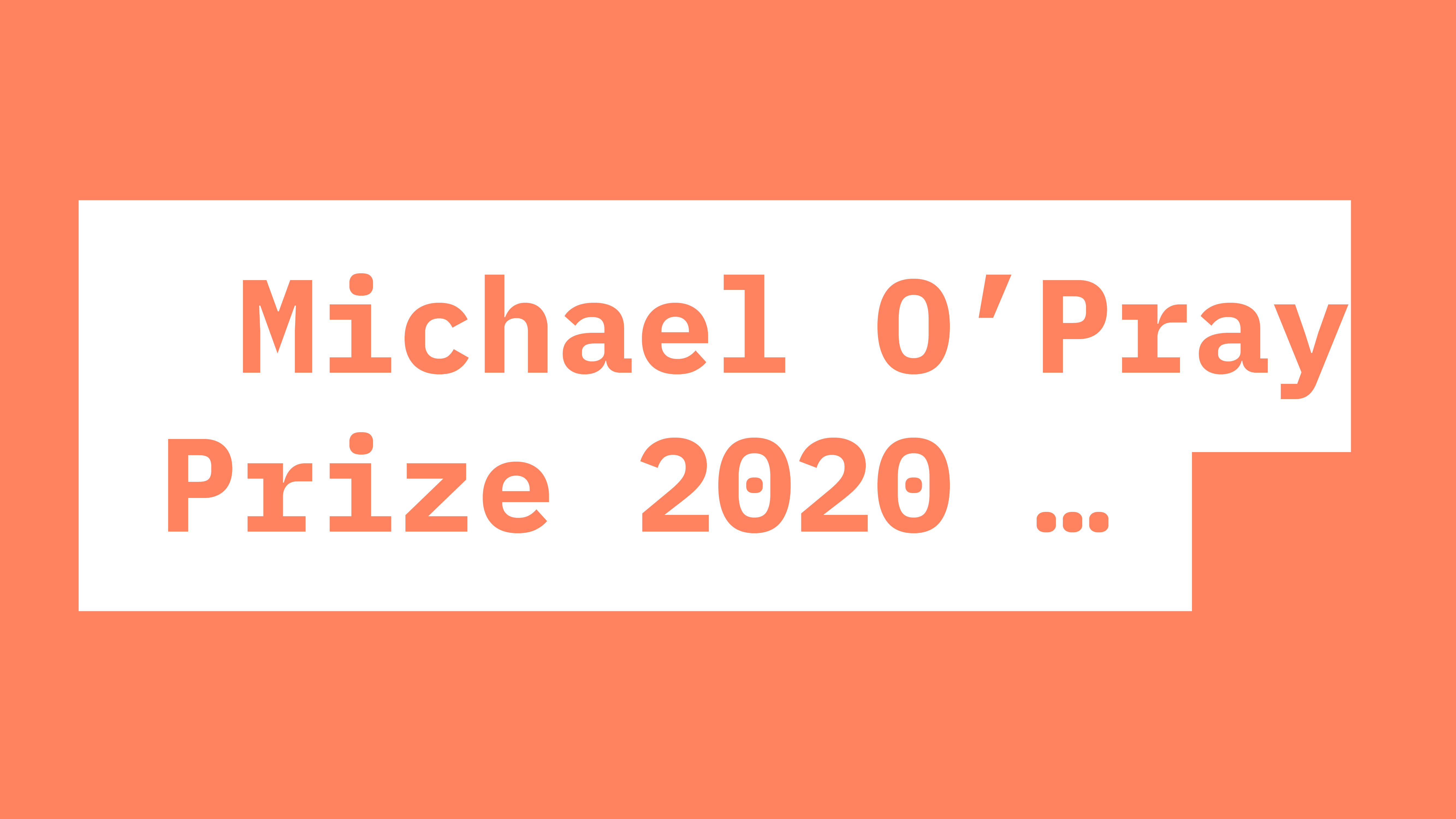 The Michael O’Pray Prize is an award for new writing on innovation and experimentation in the moving image. The prize is open to all early-career writers based in the UK and is free to apply to. Three awarded texts will be published by Art Monthly and FVU, with a £500 prize for the winner, and two £250 awards for two runners up.

The runners up are Harvey Diamond's text 'Alberta Whittle: Reset' and Rachel Pronger's 'Together, Alone: Watching Sandra Lahire in Lockdown'.

Now in its fourth year, the Michael O’Pray Prize 2020 changed its application process. Applicants were required to send a proposal or pitch for a new text, alongside an example of previous writing. Three of the applicants were invited to realise the proposed text, with awards of £500 for the winner and £250 for the runners up.

Find out more about the prize, application process and eligibility below.

One of the aims of the prize is that the platform it offers helps writers to receive future writing commissions. Previous winners have each gone on to contribute new articles for Art Monthly and an array of other publications.

“For a while I have wanted to start organising screenings as a way to push forward my own research, and my most recent piece for Art Monthly has helped me (finally!) get moving on this. Some might think that this is not a big deal, but there is no way that I would have had the confidence to programme more independently, and the Michael O'Pray Prize has been so important, both in building this confidence and in driving my own research forward through the platform that Art Monthly offers. So I wanted to say thank you and highlight the way that the prize has helped me get to this point.”

You can read the winning texts from the previous awardees here:

Applications and final texts will be considered by an expert panel comprising:

- All three texts are published by Art Monthly and FVU

- The Prize is aimed at writers starting out in their careers, having had no more than four articles about the arts or experimental film published in print or online. This does not include self-publishing.

- The Michael O'Pray Prize is open to submissions from across the UK.

- Submissions must be in the English language.

- There is no age limit for applicants.

- No formal education is required to apply to this prize.

1. An example of your writing of up to 1,200 words. This can be a whole article/text, or an extract, and could be previously published or unpublished. We are interested in discovering and supporting new voices who can enliven and popularise discussion of the experimental spirit in film and video art, therefore ideally the sample of writing that you submit would be about artists’ moving-image work. If you have not previously written about artists’ moving image, it could be about other visual arts mediums, or take another form of cultural criticism. Please note, we are not looking for academic dissertations, or specialist scholarly papers, couched in highly technical/theoretical language, so it is not advisable to submit academic texts.

2. A 300-350 word proposal/pitch for a new text on artist’s moving image or experimental cinema that if successful, would then go on to be published by Art Monthly and FVU. The text that you are pitching to write, if realised, should be between 1,250 – 2,000 words. The text that you propose could be for a straightforward review of a forthcoming exhibition or existing piece of work, or it could take a more creative and experimental form. We strongly suggest you read the previously awarded texts, as well as looking at Art Monthly’s published works and the texts on FVU’s writing section, to get a sense of the style and tone of the writing we publish.

3. CV of no more than two sides of A4, at no smaller than font size 11pt. Please be sure to include details of previously published articles/texts.

4. Completed Equal Opportunities Monitoring Form. This will be processed separately from your submission and will not affect your eligibility for the opportunity. You can download this as a Google Doc here or as a Word doc below.

Please submit these three items via email to: admin@fvu.co.uk

Please note that for the first assessment of your application by the panel, your name and other identifiers will be redacted.

With the exception of the Equal Opportunities Monitoring Form, the personal data you give us in submitting to this prize will be used to process your submission for the Michael O’Pray Prize by Film and Video Umbrella and Art Monthly and will be shared with external members of the selection panel. We will only contact you in connection to this submission. Your personal data will be kept by both Film and Video Umbrella and Art Monthly for up to 10 years and will only be used by each organisation for their own research, evaluation, reporting and marketing analysis for opportunities. It will not be passed on to anyone else. If you want to be removed from either organisation’s database you can email Susanna Chisholm: susanna@fvu.co.uk and Chris McCormack: chris@artmonthly.co.uk. You have the right to contact the Information Commissioner’s Office should you wish to complain about how your information has been handled.

How strict is the four article limit? / What if I have had published more than four articles but they aren’t all about artists’ moving image, or experimental film?

We are predominantly interested to discover new voices in arts criticism, particularly those writing about artists’ moving image work. However, if for example you have had a few more than four articles published, but these are about other things, unrelated to the visual arts or film, then we would still consider your application. If however you are a very established writer in another field, then it is probably not worth your applying, as you may be able to make the transition into arts criticism another way.

Does self-publishing count towards my four published article limit?

What if I have never had an article published before?

There is no minimum. If you are an unpublished or inexperienced writer, with an ambition to break into the world of arts criticism, then you are exactly who we are looking for.

Does the proposed text need to be about a recent film or exhibition?

No. It could be about older/more historical work instead.

If we write collaboratively, are we able to apply as a duo, or group?

Yes. So long as under the authorship of that duo or group you have not had more than four articles published in print or online. If however one or more in the group are already established writers, we may consider you ineligible, depending on the balance of experienced writers to inexperienced writers in your group.

If my application is successful, and I am one of the three writers invited to realise their proposed text, how long will I get to write the finished article?

You will be given at least one month to write your text. Edits may then be proposed/requested by Art Monthly and FVU before publishing, and there will be a one to two-week period for this editorial process to take place. 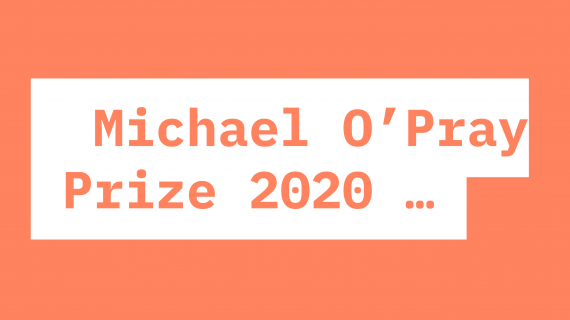 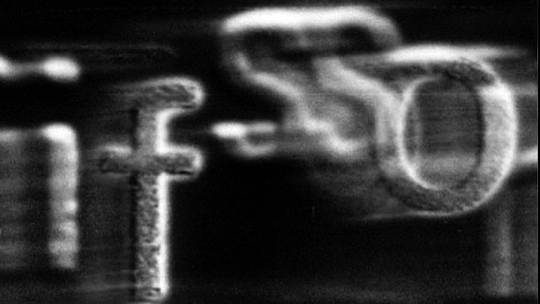