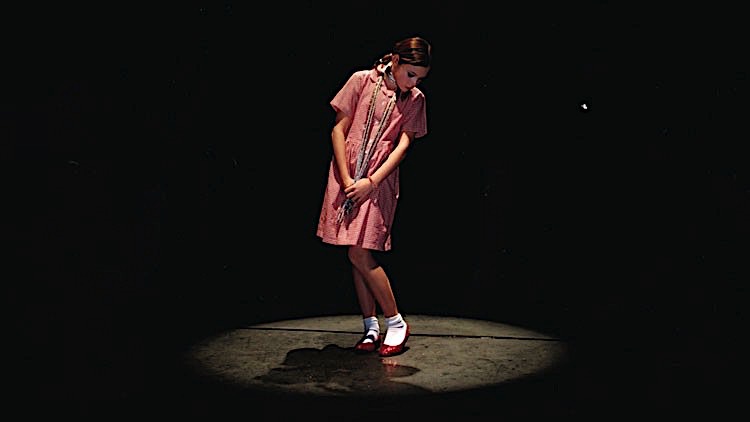 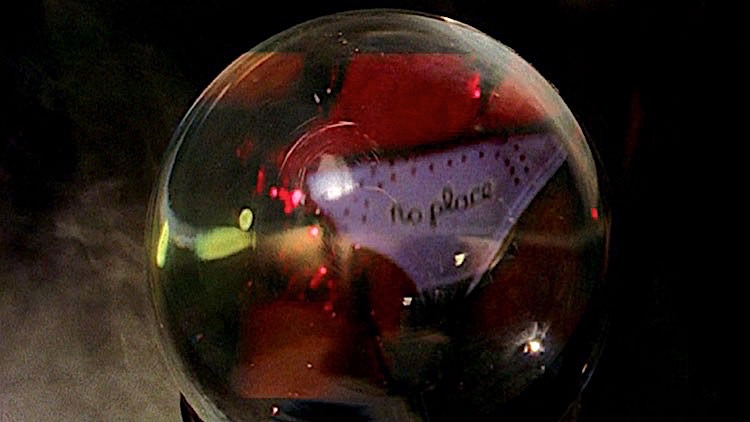 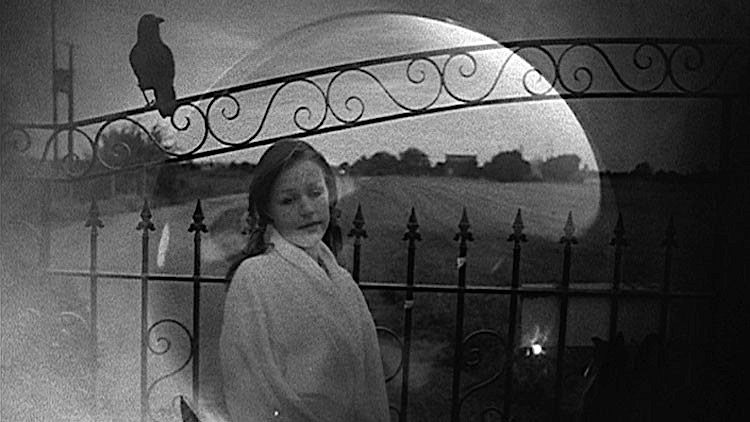 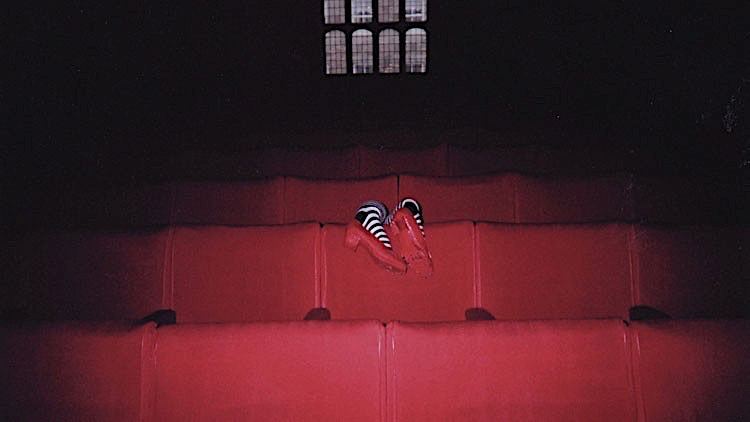 No Place was a film work shown, as two different companion installations, in two separate but related locations — King’s Lynn in Norfolk and King’s Cross in London. These places stand at either end of the railway line into and out of London and, in their own way, provide archetypal representations of ‘the country’ and ‘the city’: the one set amongst a flat, agricultural landscape of rural isolation; the other a teeming and often seedy vision of the all-consuming but anonymous urban metropolis. Consisting of a dream-like collage of images from both locations, No Place traces a series of parallel stories involving a number of young ‘country girls’, whose paths in life are played out against the backdrop of cinema and particularly the exemplary fantasy journey undertaken by Dorothy in The Wizard of Oz. 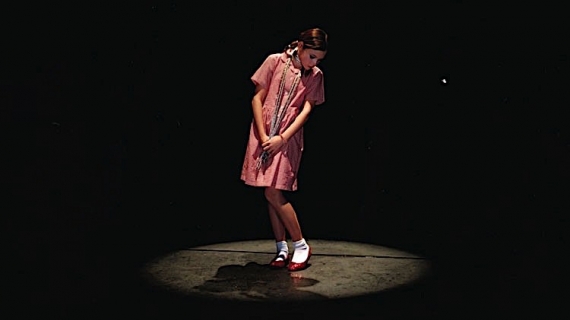