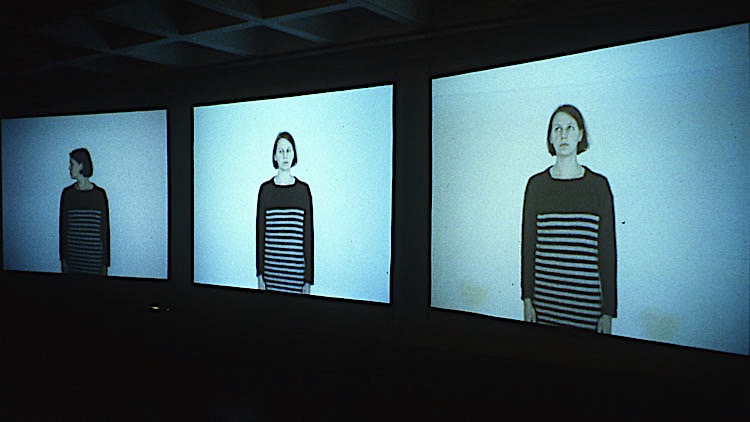 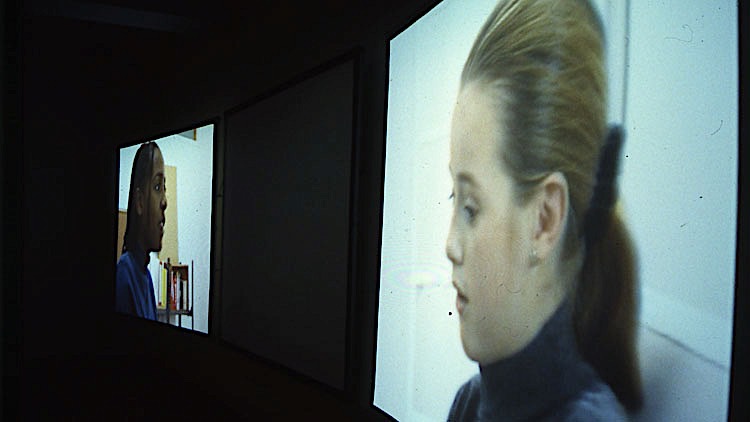 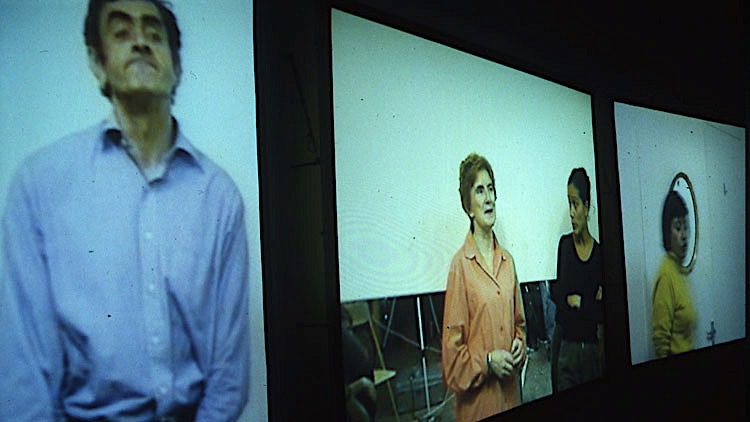 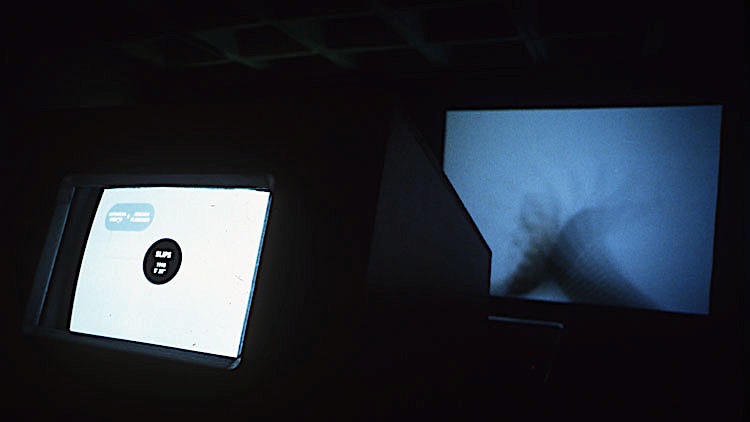 Select was a significant step up from Film and Video Umbrella’s previous group show Instant – one that refined the video-on-demand template of the earlier project and expanded it to encompass multi-channel playback over parallel projection screens, controlled, as before, via touchscreen display. Eschewing all but the most minimal video technology in favour of an intimate and direct performative aesthetic, the four artists’ pieces (by Lucy Gunning, Monika Oechsler, Smith/Stewart and Katharina Wibmer/Joachim Fleischer) confounded initial expectations, investing the ephemeral, immaterial surface of the video image with a powerful and enduring physical presence. This focus on the body and personal identity extended to an equally incisive exploration of subjectivity and the psyche, in which the spatial possibilities afforded by the three-screen set-up helped to illuminate a recurring preoccupation with inter-relationships, mind-games and social dynamics.

Stark and compelling in their choice of subject matter, the works exhibited a subtlety of composition and a capacity for surprise, whether in invoking the classical model of the triptych or in using the digital technology at their disposal to echo something of the multiplicity and simultaneity of modern life; where, as viewers and consumers, we are increasingly required to switch, and select, between parallel streams of information.

A Film and Video Umbrella Touring Exhibition, commissioned in association with Arnolfini, Bristol and Camden Arts Centre, London. Funded by the Arts Council of England and London Film and Video Development Agency, with additional support from the Goethe-Institut, London.