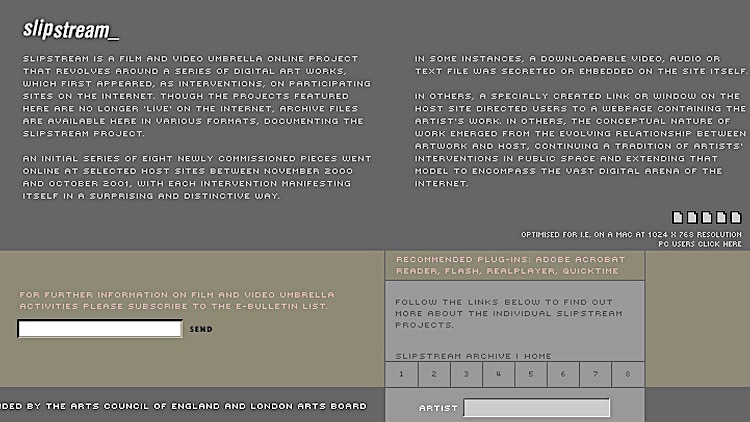 Slipstream was a short-lived internet project whose impetus was to follow traffic on the world wide web, and to use this steady hum of online activity as a cover for a series of artists’ pieces that were either secreted amongst the content of a chosen site, or that otherwise shadowed or subverted its day-to-day operations. Conceived as interventions within this virtual but social space, the artists’ contributions took many different forms – as pop-up interruptions, as advertised downloads, or as intermittent surface phenomena whose insidious, disconcerting nature implied a bug in the system or a ghost in the machine. Adam Chodzko’s project exemplified this covert, destabilising approach, introducing pre-recorded audio into a real-time webcam feed on a local authority website which suggested that the scene portrayed – an otherwise banal view of the council office car park – was actually under more active, stake-out style surveillance. Elsewhere, other pieces (Sonia Boyce’s mobile phone ringtones, Janice Kerbel’s self-assembly flat-pack furniture designs) were nested, and gifted, in appropriate consumer sites.

Their potential to disarm expectations and gently perplex and confound the viewer was extended by Thomson and Craighead’s intervention on a well-known shareware site, in which the item of software downloaded came with an accompanying ‘Help Me’ file that was not related to the program, but consisted of real pleas for information or cries of distress that the artists encountered after googling the words ‘Help Me’ on the internet. While many of the works (George Barber’s lucky prize draw ticket; Rory Hamilton’s free audio download on the website of the music magazine ‘The Wire’) were provisional and ephemeral, Lucy Kimbell’s elaborate The LIX Index sustained its pretext for several months. Slipped into the vast array of statistical data available on financial analysis website silicon.com, it used the kind of performance indicators by which the market might measure stocks and shares to ironically evaluate the artist’s creative and emotional well-being, as well as her physical, and financial, health.

The complete series of works can be seen on the archived version of the Slipstream site. 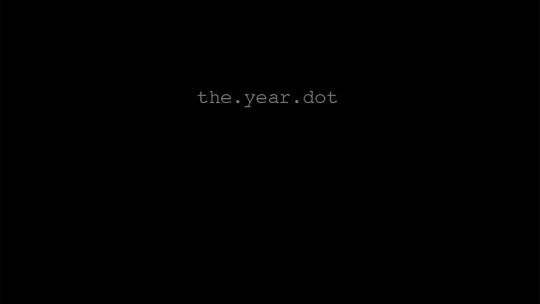 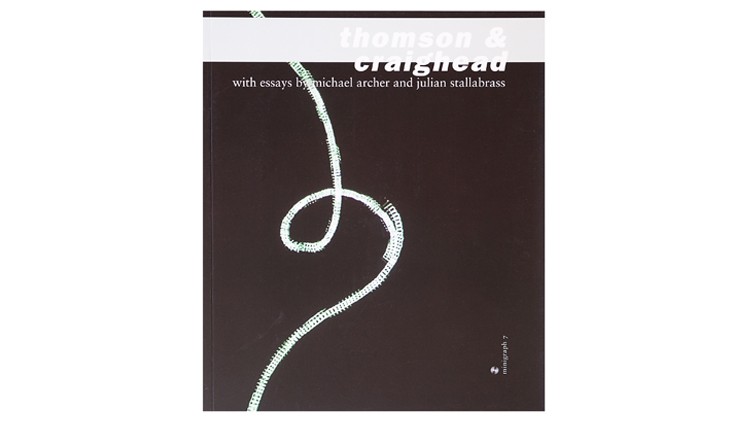