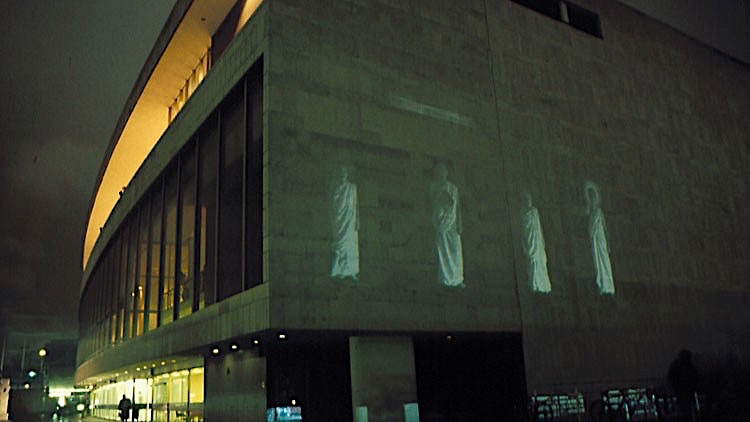 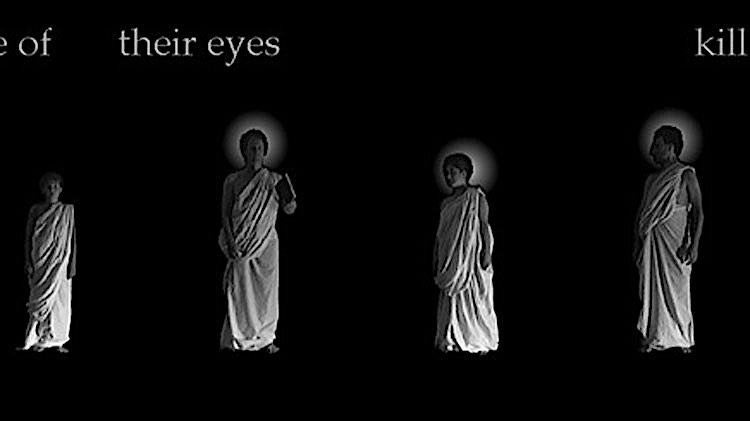 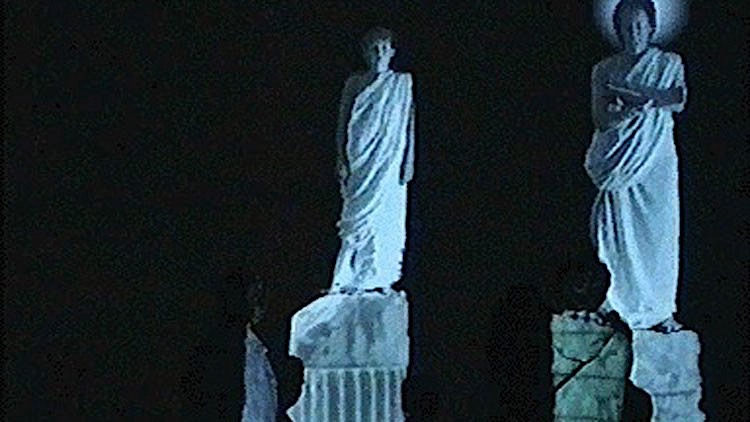 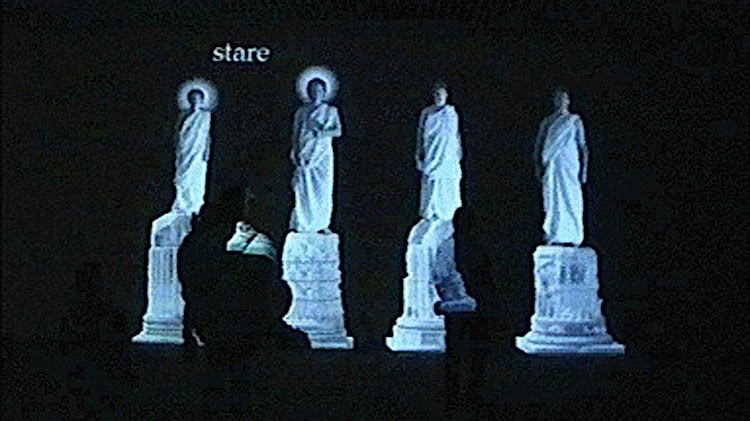 The Castle was one of a trio of interactive video installations by the Australian-born, British-based artist Simon Biggs that Film and Video Umbrella commissioned between 1995 and 1998. Like its successor The Great Wall of China, the piece cites the writings of the novelist Franz Kafka, and, in its equally solemn procession of authority symbols and its passages of cryptic and portentous text, invokes the workings of power and the systems of bureaucracy that are a defining feature of the Kafkaesque. The project’s sub-title, Parsing the Book is instructive; instituting a process of double meanings that reverberates throughout the work – a specialist term describing the rules of linguistic codification and interpretation, the phrase is also a pun on the expression ‘passing the buck’.

Biggs materialises this play on language in vivid and graphic ways. Four life-like video-generated figures are projected onto the wall of a gallery space. Dressed in robes like classical statues, they are objects of veneration, gazing into a distance far beyond the faces and the lowly aspirations of the assembled crowd. In one sense, these phantom luminaries can actually ‘see’ what stands ahead of them - connected to a web of electronic sensors, their actions are determined by a computer programme that is continually ‘parsing’ the immediate environment for signs of human presence and movement.

Gradually departing from their elemental poses, as the space begins to fill up with visitors, these exemplars of the great and the good start to act less like gods and more like politicians – evasive, endlessly conferring, and eventually taking refuge in a law-book that they pass between themselves. First presented at a public, outdoor site in Hull, animating some of the still-imposing civic architecture of the old Town Hall, it was then projected, at equivalent scale, on the side of the Royal Festival Hall in London, before receiving a final, and more conventional, indoor staging at the old Milton Keynes Gallery in its former home at the town’s central library.

Commissioned by Film and Video Umbrella and Camerawork. Funded by the Arts Council of England and London Film and Video Development Agency. With thanks to the Root Festival, Hull and the Pandaemonium Festival, London.