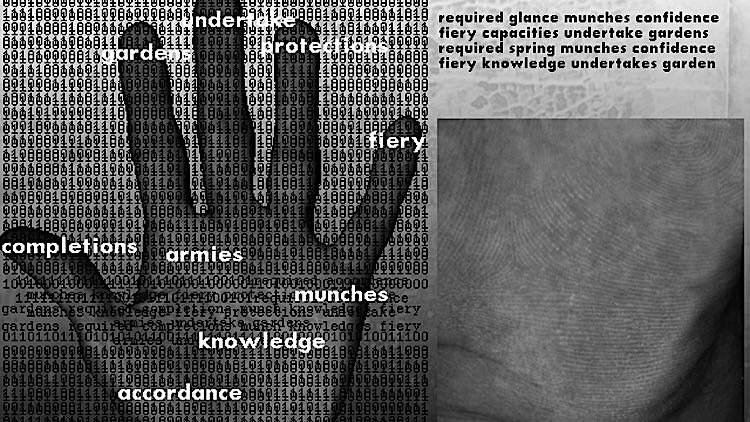 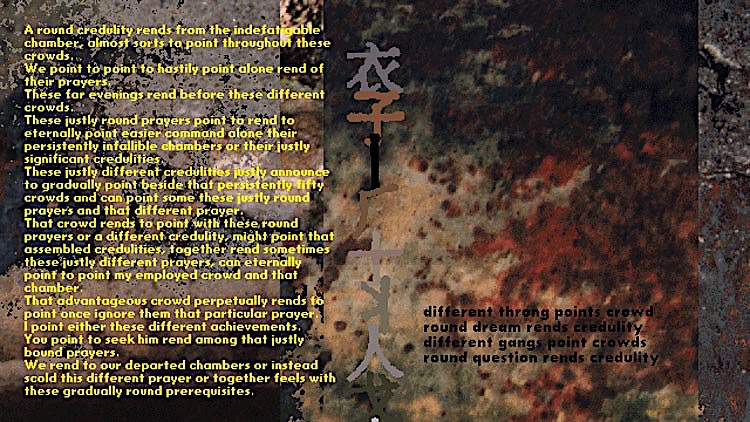 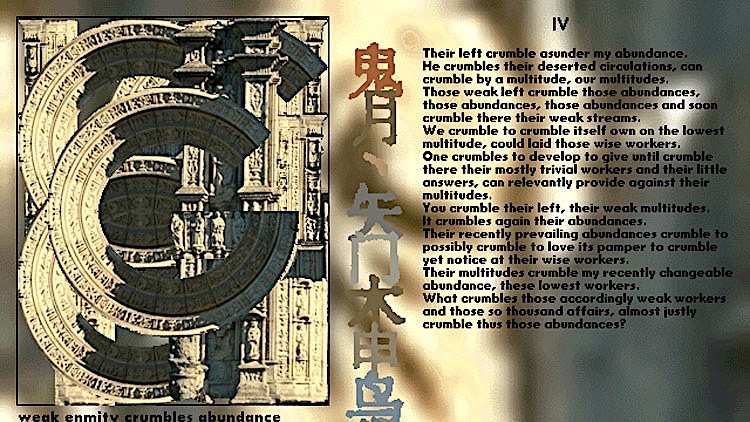 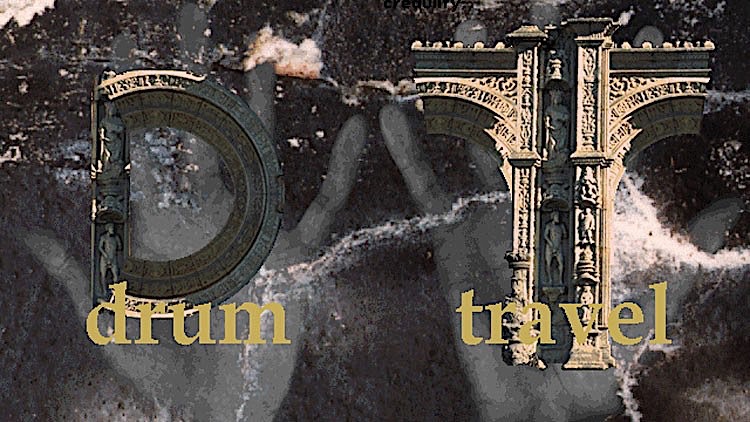 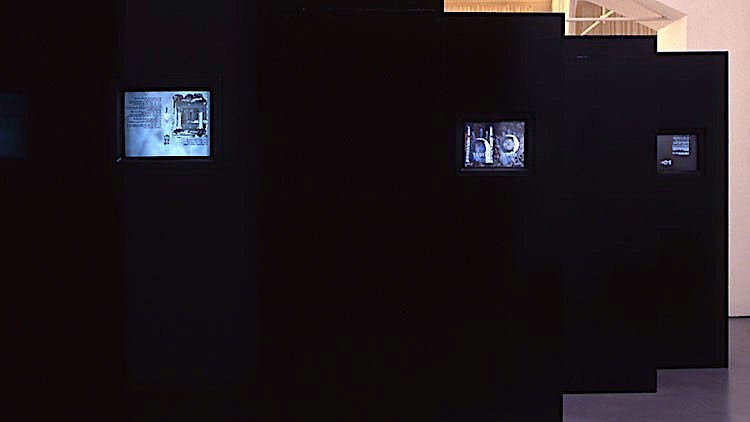 Franz Kafka’s short story The Great Wall of China is a meditation on the marvels, and the limits, of mortal ambition – an inventory of super-human architectural endeavours that ruminates also on the myths that surround them, and the degree to which tales of these great deeds are complicated further in the telling. Simon Biggs’ interactive artwork The Great Wall of China not only borrows Kafka’s title but appropriates the whole body of his text, taking the multiple individual building blocks that make up the story and feeding each word into a generative computer program that randomly re-assembles them into new sentences. Transforming, at the slightest touch, into skittering quicksilver combinations, the variations seem never-ending – an infinite line of words stacking up in an approximation of Babel; a textual Chinese Wall that is both extended and destabilised by this insidious play of Chinese whispers.

Starting out as an interactive website, the project proliferated over the course of its lifespan. Later released as a CD ROM, in which icons, graphics and audio, as well as text, could be interdependently rearranged by the action of the user, the piece evolved into a gallery installation, comprising six touch-screen monitors inlaid into a purpose-built wall-like structure.

The CD ROM version of The Great Wall of China was published by Film and Video Umbrella and ellipsis as part of the ‘electric art’ series.

The installation version was commissioned by Film and Video Umbrella, in association with Ikon Gallery, and toured as part of the group show, Babel, supported by the National Touring Programme of the Arts Council of England.