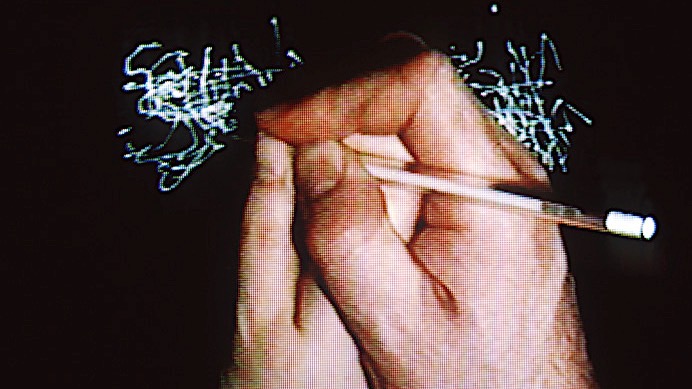 This award for new writing on innovation and experimentation in the moving image is named in memory of the critic, historian and film programmer, Michael O’Pray. Over the course of his long and varied career, Mike was an impassioned and energetic champion of avant-garde cinema, highlighting the continuing influence of key figures from the past, while dynamically promoting contemporary talents in experimental film and video. In his writings, and in the many programmes he curated for Film and Video Umbrella and elsewhere, Mike always endeavoured to make radical, challenging, occasionally esoteric work accessible to a wider public – and it is with this in mind that the award seeks to encourage examples of imaginative, engaging writing that extols and advances this longstanding tradition of experimentation in film and video for a non-specialist audience.

For the inaugural year of the Michael O’Pray Prize, it has been decided to double the prize money and give two awards, to two young writers whose fluency, clarity and commitment to their subject stood out from a shortlist of other strong candidates. Congratulations to Lauren Houlton and Dan Ward, who as well as the sum of £500 each, were offered the opportunity to write a new text for Art Monthly. Both articles are now online - you can read Lauren Houlton's text here, and Dan Ward's text here.

The Prize is aimed at writers starting out in their careers, and who have had no more than three articles published in print or online. There is no age limit. Applicants have to be resident in the UK. We are not looking for academic dissertations, or specialist scholarly papers, couched in highly technical/theoretical language. The Prize instead seeks to discover and support new voices who can enliven and popularise discussion of the experimental spirit in film and video. Texts submitted should be no longer than 2,500 words, and should not have been previously published, in part or in whole. Texts submitted should be complete articles, rather than extracts, and should be print ready.