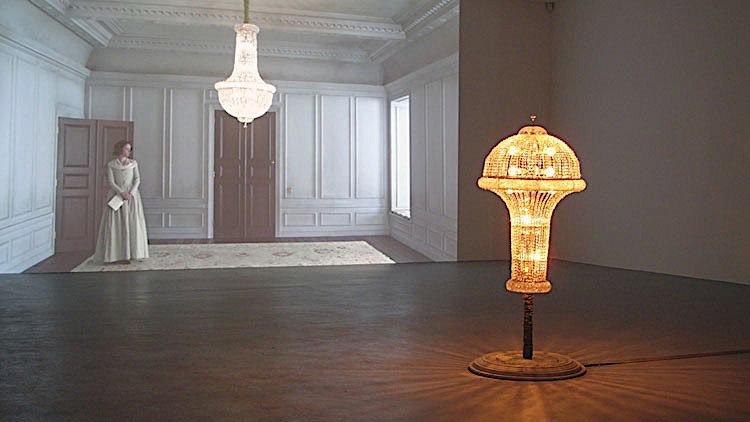 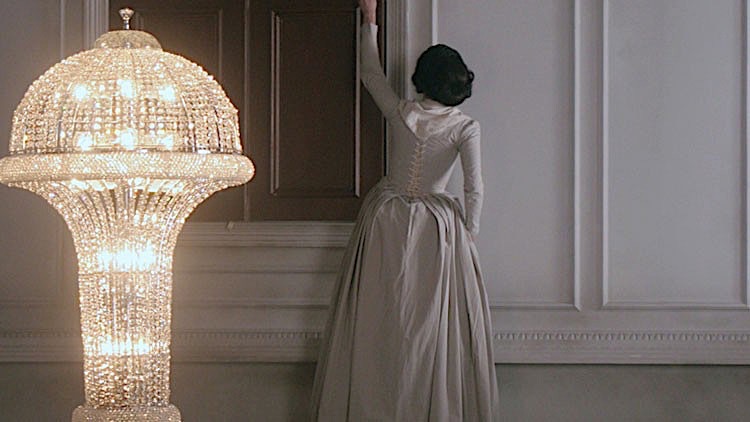 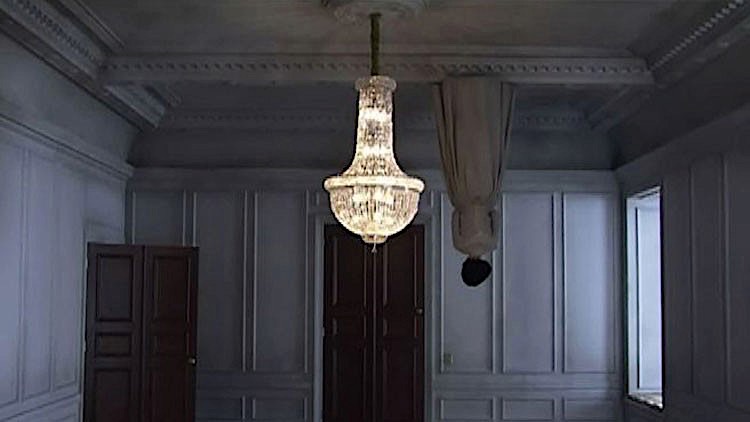 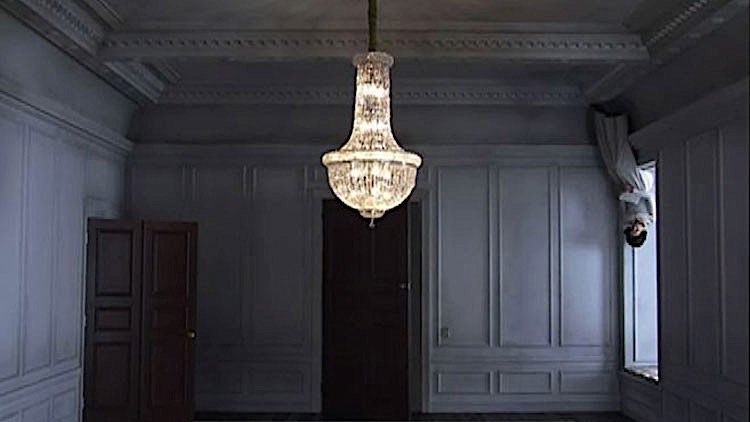 A 15-minute looped and projected video installation by the American artist Matthew Buckingham, well known for his thoughtful and poetic enquiries into historic figures or events.

Here, Buckingham has created a work that is powerfully uncanny, its distinctive ‘un-homely’ sense memorably rendered. Standing in a room in which certain domestic architectural elements have been inverted, a mirror hangs upside down, while a chandelier sprouts from the floor as the viewer looks at the projected image of a room which contains these same elements, albeit in their correct orientation. The theme of reversal is continued by the appearance of a woman traversing the room, not via the floor but across the ceiling. Although her elegant 18th-century dress is echoed by these period interiors, this is a woman most definitely out of place. The woman portrayed here is Mary Wollstonecraft, the radical educationalist and feminist writer, author of A Vindication of the Rights of Woman and mother of the future Mary Shelley; we hear her give a brief, erratic, but nevertheless impassioned speech, extracted from her books, letters, memoirs and tracts, which emphasises her relevance to contemporary discussions on social identity, and which reveals her own shifting position and self-criticism. While the nature of this encounter, as if with a ghost, and one that brings to mind Wollstonecraft’s friendship with radicals such as William Blake and Henry Fuseli, is undoubtedly ambiguous, we are nevertheless encouraged to engage with an important moment of social change, and to see it as an ongoing act, rather than merely an historic event; of something that persists through time. 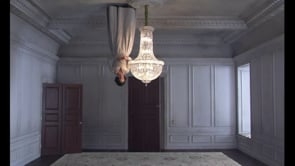