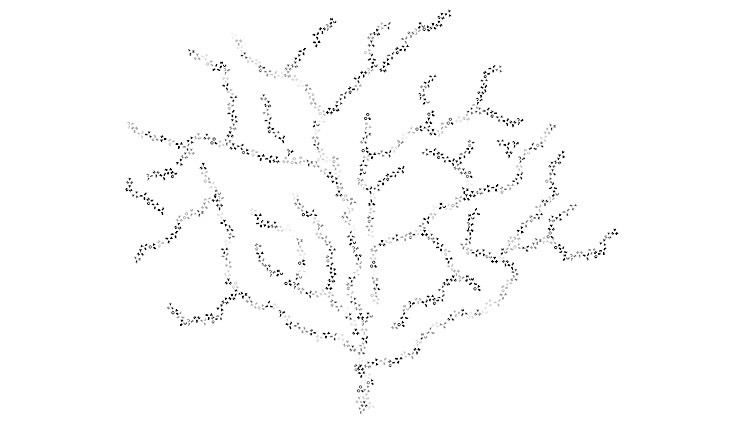 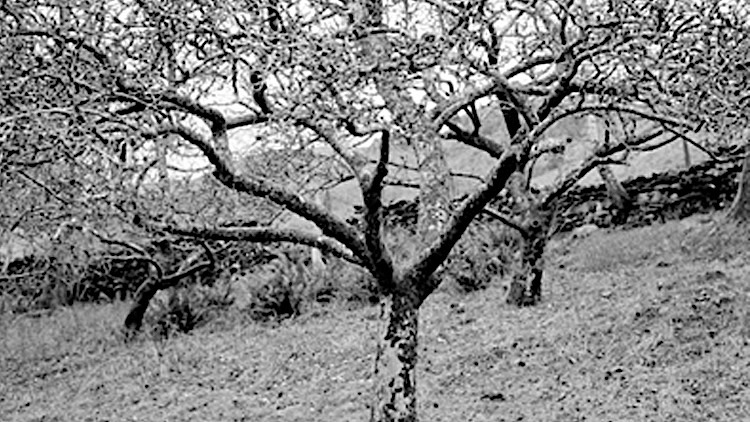 Alec Finlay’s contribution to MerzBank is a tell-tale echo of Schwitters’ famous ‘sneeze poem’, Sneeze Scherzo (1937). Wishing to replicate (and graphically emulate) the dizzying convulsions of a human sneeze, Schwitters scored it from strings of individual ‘vocables’, whose staccato crescendo culminated in a reverberant trumpet-blast of scattershot sound. Schwitters insisted that the fundamental elements of a poem were letters rather than words, unconsciously foreshadowing how letters would also function as the building blocks of genetic code, as witnessed in the intricate patterns and permutations of DNA. Finlay pushes this parallel further by comparing the miniature big-bang of a single a-c-h-o-o to the equally spectacular flowering of the human rhinovirus (aka the common cold) as it develops and proliferates over time. Streaming continuously on the home page of the site, a digital animation, made up of micro-particles of text, captures the complex beauty of the virus in full flow, while snapshot samples of it are transmitted at regular intervals through social media, mimicking how the common cold insinuates itself within the general populace. The precise formal quality of the animation owes much to the founding experiments of Schwitters’ collaborator, the typographer Jan Tschichold (bless him!), while its branching structure finds equivalent inspiration, as the title of the piece suggests, from the apple trees in the orchard at Elterwater in the Lake District, where Schwitters worked in the last years of his life. Trickling down, rather than reaching upwards towards the light, this running ‘code’ resembles patterns of snowfall, or frost formation – adding again to the wintry mood. 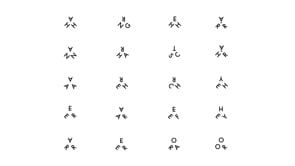