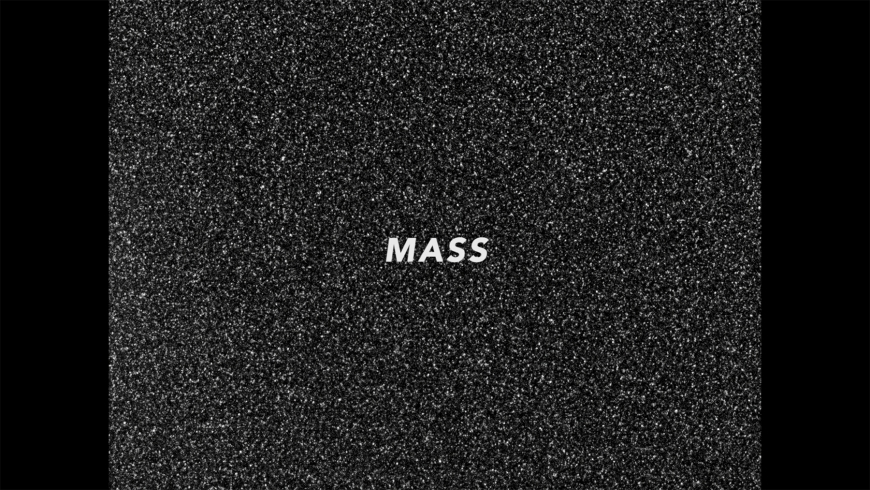 White noise shimmers and simmers on a black screen. Like a television tuned to a dead channel, there is nothing to see. Nothing, that is, apart from a random pattern of haphazard dots – an image of flux, like raindrops on a window, ever-changing but always somehow the same. A pitter-patter of applause builds to a crescendo – a rain-on-the-window sound that makes you feel happy you are safely inside, and in the company of people who are here for the same reason as you. Anticipation grows, as if in the moments before a concert, or a recital. Hazy, minor-key piano chords unfold; tentatively, at first, then increasingly probingly, before giving way to a crackle of static, as a hand turns the dial of an old analogue radio. Voices arise from out of nowhere, followed by snatches of electronic music – a ghostly, waveband-jumping musique concrète whose audible yet invisible presence is counterpointed by a proliferation of aerials, masts and antennae that we see sprouting from rooftops and buildings. So begins Nadeem Din-Gabisi’s MASS: a beguiling 13-minute film that draws, like a divining rod, or a conductor’s baton, from this background hubbub of signals and sounds and, like the genre of musical composition suggested by its title, summons these disparate fragments into a chorus of communal celebration that demonstrates how shared cultural affinities and remote communication technologies can bring people together even when they are far apart.

Radio travels as waves but exists as particles; it can refer to the weightless, wireless content that is transmitted through the ether or the physical gadget on which that content is received. Electronic communication is immaterial, intangible, amorphous, but also desires its own solid state. The word ‘mass’, too, is protean, multivalent.  It can mean many things to many people, or it can assume one very specific form. As already noted, a mass can describe a piece of choral music, often of a sacred or religious nature. Or it can signify a religious service: a coming together of like-minded souls in an act of congregation and communion. In Din-Gabisi’s case, however, a more important and resonant allusion might be to the idea of a ‘massive’: a posse of people united by common bonds and allegiances, usually musical or subcultural – a point-of-reference (along with Din-Gabisi’s other declared influences: Sun Ra, Fela Kuti, Ousmane Sembene, Jean ‘Binta’ Breeze, Spike Lee) that locates MASS firmly on the dial of Black cultural experience and creative experimentation rather than within the dominant conceptual framework of a historical European tradition.

In this, Din-Gabisi has been influenced by the notion of a ‘Black visual frequency’ – a concept first coined by the academic Tina Campt to describe the semiotics of Black visuality that might be summarised, however loosely, as a kind of informal glossary or intuitive checklist for people who share the same cultural bandwidth and are accordingly on the same wavelength. This metaphor looms large in the narrative arc of Din-Gabisi’s film, in which a female protagonist, described as the Seeker, is guided, through the dystopian wilderness of the city, by the homing signal of an inner voice, towards a place of sanctuary. As if following the call of the archetypal parable of a spiritual journey, the Seeker finds herself in the otherworldly home-from-home of a dream-like studio-suite, welcomed by two companions, who sit, symbolically, to the left and the right of her, and in front of an equally totemic trinity of satellite dishes. This mini ministry of sound is both a bubble of a future utopia and a flashback to a myth of origin – the source of a pure, subliminal signal untouched by the clamour of life outside, and a place, intriguingly, where the quicksilver apparatus of the wired-up world of the present is earthed in eternal, maternal soil, and garlanded by images of nature.

Hauntingly of the present moment, but abstractedly out of time, MASS is also an emotional reminder of the power of human kinship and belonging. In the spring of 2020, where the bustle and energy of the street has been replaced by the refuge of the safe space, the film’s emblematic image of its three protagonists gathered together and joining hands is incredibly moving. The film ends with its opening image of the radio, and another lingering musical chord, followed by the return of applause – a pre-echo, perhaps, of people, in each others’ company, putting their hands together again; no longer in isolation, but en masse.

Steven Bode is Director at Film and Video Umbrella.

This text was written in response to MASS (2020) by Nadeem Din-Gabisi, commissioned for Frequencies, a curatorial project initiated by Cynthia Silveira. Commissioned and produced by Film and Video Umbrella (Producer Leah McGurk) as part of FVU's Curatorial Practice Award. FVU is supported by Arts Council England.