Everything We Have Goes Round

Steven Bode reflects on Everything I Have is Yours by Open Music Archive. 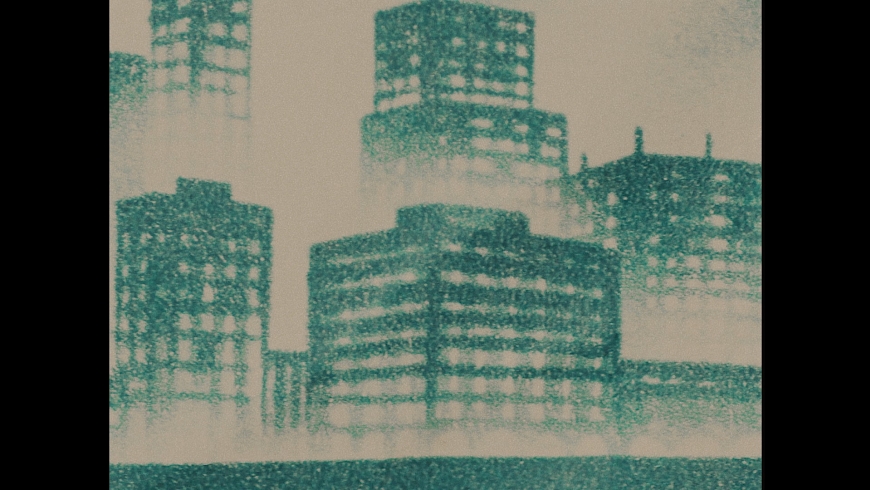 Nipper isn’t a nipper any longer. And His Master’s Voice doesn’t boom out with the volume and authority it once had. Things go in circles, and in cycles. The world turns; a record spins — and then there is silence, or a stuck and repeating groove.

Nipper was (for those who don’t already know him) the trademark face of His Master’s Voice, in its day one of the most famous record labels in the world. He sits, head cocked, beside the loudspeaker of an  old-fashioned phonograph; his rapt expression perhaps a demonstration of a well-known canine  facility for upper-wavelength audiophile discernment,  or, more likely, as early record manufacturers would  have liked the public to believe, lovably unable to distinguish the real-world sounds of his master from  the astounding fidelity of their reproduction. This  iconic image — the faithful dog as guardian of the faithful copy — appeared as a marque of quality on  numerous early record labels (Berliner Gramophon, Bluebird, Victor; all of them no longer with us) and still lives on in the corporate identity of home  entertainment retailer HMV, another once-ubiquitous  national institution whose heyday has also almost certainly come and gone.

Snippets of historic record label graphics (including those of His Master’s Voice) reoccur at periodic intervals in Everything I Have Is Yours, a new film by Eileen Simpson and Ben White (who have worked together since 2005 under the name of Open Music  Archive). The greater part of the film’s thirty-minute duration, however, consists of footage of various musicians playing together over different loops of sounds sampled from popular recordings from the first decade of the pop charts, 1952-62. If the sounds share a particular vintage, so do the musicians: they are almost all in their 70s and 80s, and consequently would have been teenagers when the songs they are culled from were in  vogue. As a side note, the musicians are also all from Greater Manchester, continuing the Manchester-born Simpson and White’s occasional roll-call of creative collaborations with figures from the city’s music scene, while also extending their wider researches into disparate musical subcultures and their individual histories. 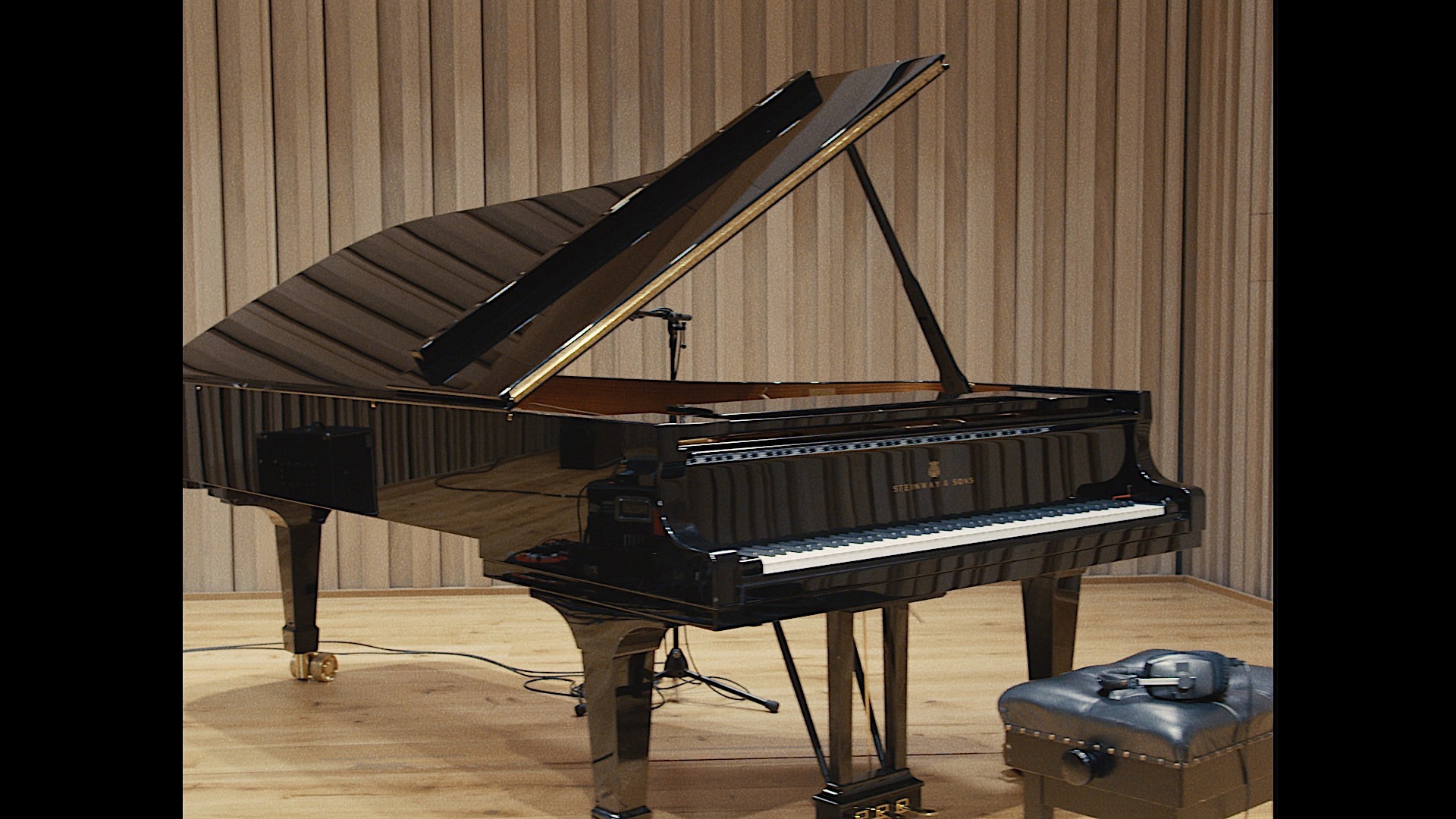 The ten years from 1952 to 1962 are a source of fascination for Simpson and White for a number of reasons. A time of relative innocence where  now-familiar concepts of the ‘teenager’ or the ‘music business’ hadn’t fully coalesced, the period was marked by a eclectic spectrum of musical styles, all shifting in and out of focus like fragments in a kaleidoscope, until a dominant consensus about what ‘pop music’ could be and should be began to cohere, ratcheted up by the phenomenon  of the Beatles, post-1962.

That year is pivotal in other ways, too. Changes in UK copyright law that came into force in 2013 tightened the grip on ownership of material produced from 1962 onwards, without correspondingly relaxing conditions for preceding years. This new division between ‘before’ and ‘after’ indirectly created a de facto hierarchy of lesser and greater importance; with the earlier era as a kind of opening support act to the main event. Consigning pre-1962 music further to the margins also deflected attention from how increasing swathes of it existed in an often-misunderstood grey area: either unknowingly copyright-expired, or, equally overlooked by the public, readily on hand for people to access and share. With the music industry in a dogfight first with Napster and later Spotify over the unlicensed downloading and increasingly prevalent streaming of digitised music, this growing windfall of freely (and legally) available material was less widely noted than it might have been.

It is this grey area that Open Music Archive projects have been so interested to explore, and exploit. And it is from this muddy ground of invisible riches that Simpson and White dredge and beachcomb the sonic loops that form the ambient backdrop for Everything I Have Is Yours, extracting jewel-like moments from tracks like Because You’re Mine (by Nat King Cole), Take My Heart (by Al Martino) and Return to Sender (by Elvis Presley), as well as the much-covered ballad that lends the film its name. Songs that have an enduring and unmistakeable auditory signature, their titles also serve to remind us that a surprising proportion of this back catalogue is not only part of a common heritage, but something easily accessible and potentially sharable by all.

Let off their copyright leash, these pet sounds commingle. Let loose on this new-found material, the musicians gravitate towards each other, and play. As the camera performs a series of orbits of the performance/recording space that act almost as a metaphor for the principle of free circulation, what is apparent is that both music and musicians are enjoying a new lease of life. 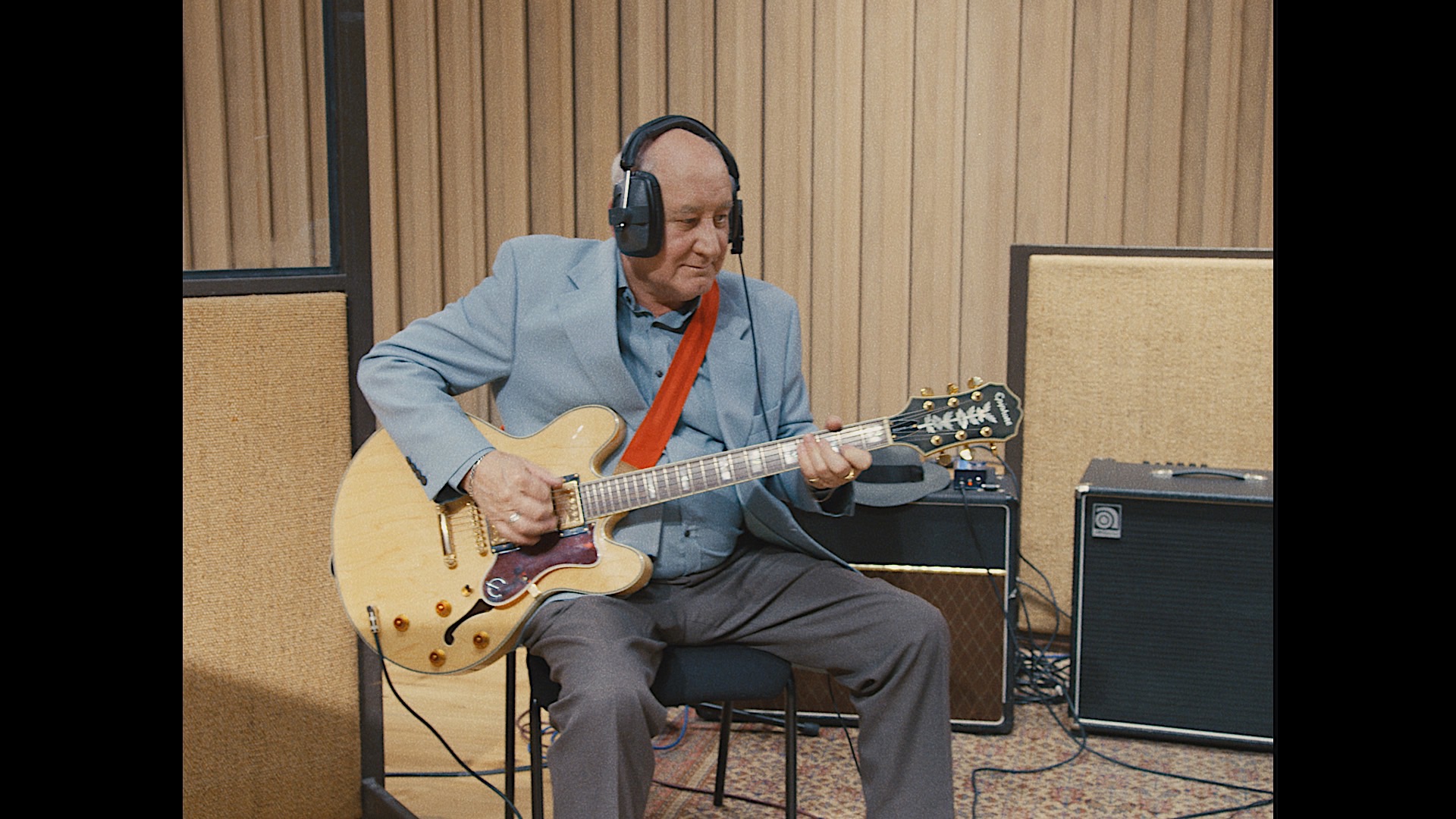 Victor, Bluebird and His Master’s Voice are all long gone now, but one label that still persists is that of the ‘older musician’. Classical music, jazz and folk, as well as the venerable traditions of the ballad and chanson, all set great store by the virtues of age and experience to enhance and extend the repertoire. Pop, on the other hand, for much of its history, has privileged youth. But now pop has its own weight of history — sixty-seven years and counting since the birth of the charts, and with many of its hall-of- famers now well over pensionable age — this accent on youth (and a constant demand for the new) increasingly co-exists with other vintages and timelines. Yet whereas an elder jazz musician, for example, can still be restless and ‘questing’, pop audiences seem to prefer their stars to mellow  over time, to be fixed in the moment they burst onto the scene, rehashing ‘golden oldies’ on the retro circuit, unable to escape their past.

One of the pleasures of Everything I Have Is Yours is how echoes of the past are atmospherically present but never predominate. The different sonic loops that Simpson and White have constructed, for all their evocation of the feel and timbre of  a particular era, are not designed to take the musicians back but rather to move them forward, by encouraging them to improvise and experiment, and interact with new technology, which they evidently do with relish. People say you can’t teach an old dog new tricks, but Everything I Have Is Yours offers plentiful evidence to the contrary. Not that this should be in the least unexpected. Part of the joy of making music is that you continue to be open to other people’s input, receptive to new sources of inspiration. That spirit of creativity does not die away. It is timeless, and it is ageless. Birthdates are wholly incidental.
–––

Steven Bode is Director at Film and Video Umbrella

This text was written in response to Everything I Have is Yours (2019) by Eileen Simpson and Ben White (Open Music Archive), which was commissioned by Film and Video Umbrella, Contemporary Art Society, University of Salford Art Collection and Castlefield Gallery. Presented by Contemporary Art Society, Mbili Foundation and the University of Salford.