Professor Cathy Lane looks at the relationship between noise and narrative in Mikhail Karikis' No Ordinary Protest. 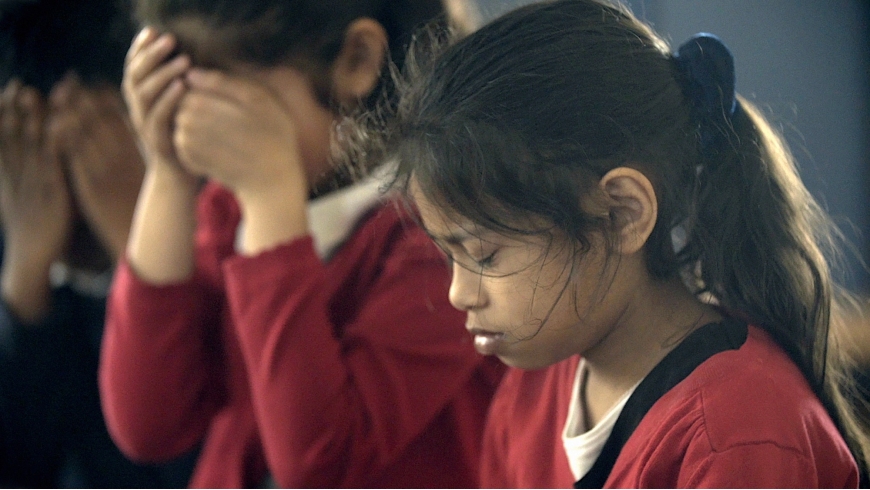 In his recent film works Mikhail Karikis has investigated people and their relationship to the places that they live in. His works arise out of intense collaborations with groups of people who live and work in areas which are often experiencing economic difficulties and are associated with poverty or deprivation caused by changing circumstances and the demise of local industries and livelihoods. Communities he has worked with have included ex-miners from the coal fields of Kent in Sounds From Beneath (2012); teenage boys from the Isle of Grain in the Thames Estuary in Ain’t Got No Fear (2016); elderly women sea workers in Jeju, South Korea in SeaWomen (2012) and local children from Tuscany, Italy for Children of Unquiet (2014).

Each of these works has a different starting point but they all share a focus on sound as the primary means of expression and each has grown out of the deep engagement of the participant —collaborators with both Mikhail and the material and ideas he introduces to them, and they to him, in their working process. The works offer the listening viewer rare glimpses into the creative exchange, and invite a greater empathy with the protagonists than is usual in a work of art, creating a bond of shared humanity that quickly transcends obvious labels such as ‘unemployed miner’ or ‘bored teenager’.

For No Ordinary Protest, Mikhail worked with a group of seven-year-old children in a school in Poplar, a historically disadvantaged area of East London, over a period of nine months. Taking The Iron Woman, a novel by Ted Hughes as its starting point, the work offers a moving glimpse into the children’s thought processes as, on the one hand, they discuss and think through the philosophical and ethical issues of being part of a world which has been damaged by the generations before them and, on the other, try and formulate what if anything they can do about it.

In Hughes’s novel a huge creature, the Iron Woman of the title, rises out of the swampy marshes near the home of Lucy, a young girl, and reveals to her “A weird horrible sound. A roar of cries. Thousands, millions of cries—wailings, groans, screams.” This turns out to be “the cry of the marsh. It is the cry of the insects, the leeches, the beetles, the bream, the perch, the carp, the pike, the eels.” The ability to listen to these howls of agony, massed from all the species living on the marsh crying together in protest at the poison and pollution released from a nearby factory, is passed on by touch. Lucy and Hogarth, her friend, enable the ears of others, the factory managers and factory workers, so that they can also register this chorus of distress, previously blocked out and ignored; possibly heard but certainly not listened to. In order to stop the Iron Woman destroying the factory and those who work in it—the  “ignorant ones” who will not change, Lucy and Hogarth have to try and get people to listen and take note. But their protest is not taken seriously, and one by one the management, in denial and careless about the damage they have caused, themselves turn into eels, catfish, sea lions and other species from the chorus of the poisoned dispossessed. Eventually, of course, the forces of good prevail and a new substance is made that changes polluting by-products into ecologically useful materials. 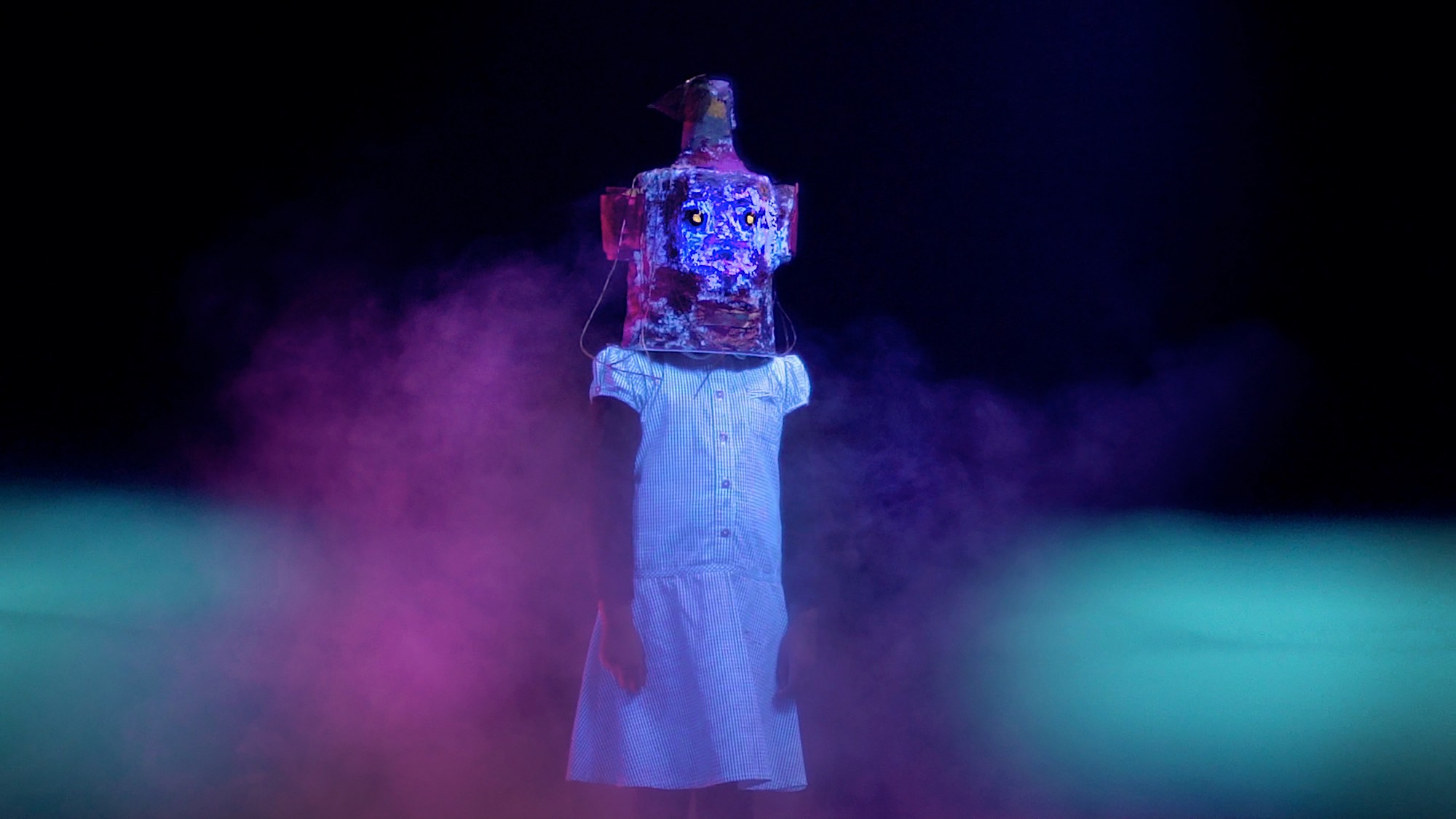 In No Ordinary Protest we witness the development of the children’s processes as they engage with the text and the ideas in it. First we see them learning to listen, with their eyes closed and expressions of intense concentration on their faces. They are ‘all ears’ listening hard to both the real world and their own inner sounds suggested by the book. The footage is edited from explorative workshops which Mikhail initiated at the school in order to think about sound and music and how they affect the material world, the physical body and our emotions. In the film we witness some of the processes by which the children have produced the howls of noise we hear and the abstracted visual elements. They play metallic objects, sing, clap and conduct and capture cymatic experiments which turn some of the vibrations produced by their various soundings into dynamic phenomena that we can see and which form the basis of the punctuating abstracted audio visual ‘meditations’ on the power of sound within the work.

The video presents the extraordinary engagement of these children with each other and with the philosophical and political issues raised by the book. Mikhail uses strategies from Philosophy for Children, a movement designed to teach children critical thinking and argument, and, using sections of the book as a stimulus for discussion, the children decided which aspects or questions they wanted to debate amongst themselves. We become party to some of their thought processes concerning the damage that humans have inflicted on the earth and on other species (“it’s like a war”), as well as their various feelings about their relationship as humans to other species and whether humans are animals or not. The main revelation however is in the concentration and sophistication of the philosophical thought that the children are engaging in apparently with little or no consciousness of the media recording and filming them. We witness their own negotiation of and realisation of the urgency of a strategy for action and of the potential power of noise as a “disease” through which they can infect adults with the demands enshrined in their protest.

The children become advocates for the unvoiced through their positive reclamation of noise and the dis-ease that it brings to those who ignore it. As a final act they use masks to shape-shift, maybe becoming one with the species that create and inhabit the powerful, disturbing noise-scape. The work ends with the dramatic emergence of this new activist unit of noisy child/creatures, neither human nor animal, running, crawling and moving towards us. They seem to be questioning, even slightly threatening us, and certainly trying to infect us, to make us open our ears wider, and not only listen, but to take heed and act.

Cathy Lane is Professor of Sound Arts at University of the Arts London.