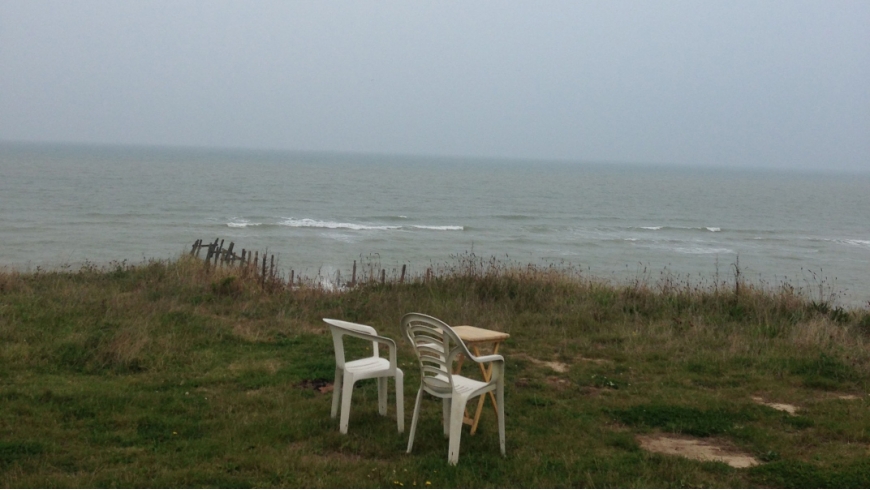 On the first of December
the cherry tree switches itself on.
The one thing lighting itself at this time.

I do not like to be lit but I want to know
that those I love are there like lights
to be switched on. I’m late

for my father and rush towards him.
It seems that nothing will let me pass.
When I arrive he doesn’t know I’m late

and until I stand in front of him he doesn’t know
that I will arrive. Only when our eyes meet
do I feel as if this is really him and I am really me.

He occupies an impossible lack of dimension.
He sees me as incomplete reflection.
When I leave he will not know that I have been.

Storm follows storm. Why not admit this?
The late soft colours of his returning to us
are already gone.