The Ghosts of Christmas Past

As Rachel Maclean's Feed Me shows on FVU Watch, Steven Bode reflects on what we can learn from the film at Christmas amidst a pandemic. 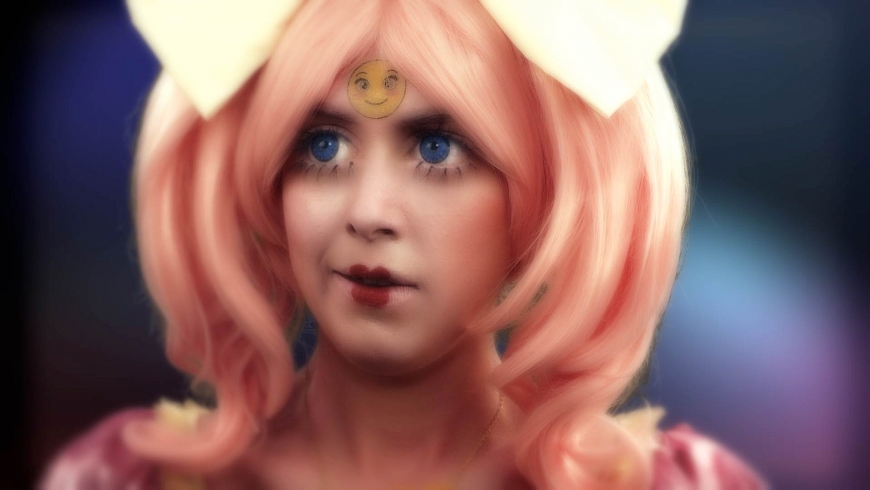 My phone recently flashed me a reminder that it was five years to the day since the London premiere of Rachel Maclean’s Feed Me on 1 December 2015. Although the film had debuted as part of the British Art Show in Leeds a few weeks before, this screening at BFI South Bank was its first cinema outing, to be followed by an in-conversation with Rachel, ‘Sight and Sound’ journalist Isabel Stevens and myself. In my intro to the evening, I remember remarking that I thought it was apt that Maclean’s CGI-cum-cosplay satire on the vices of over-consumption and over-indulgence was playing on so-called ‘Cyber Monday’ – a new-fangled addition to the shopper’s end-of-year calendar that had followed ‘Black Friday’ into the contemporary lexicon. Red-letter retail opportunities in an already frantic countdown to Christmas, these arriviste American imports were barging in on an existing queue of more traditional British seasonal rituals, such as the first sighting of the John Lewis TV ad, or the switch-on of the Oxford Street Christmas lights, performed that year, in front of a large, cheering throng, by girl-next-door-turned-global-icon, Kylie Minogue.

We should be so lucky. There are Christmas lights on Oxford Street this year but not the same crowds. Across the country, High Streets are feeling the chill, as commerce and social interaction shift online. It is unnerving watching Feed Me again in the bleak midwinter of the pandemic. Made at the midpoint of a decade of austerity – its fairy-tale parables of instant gratification and overnight showbiz success played out against a backdrop of urban desolation and rumbling insurrection – the film’s manic pendulum-swings between cornucopia and dystopia resonate equally starkly in 2020. In amongst its kaleidoscopic parade of mantras, homilies and cutesy emoticons, the same phrase recurs over and again: ‘I’m too happy!’ A spontaneous yelp of rapture and delight, of feeling overwhelmed but overjoyed, it also admits to the possibility of becoming self-satisfied and complacent. All too much and yet never enough: an encapsulation, perhaps, of the conflicting experiences of surfeit and dissatisfaction at the heart of consumer capitalism but also a symptom of an ever-widening gap between the lives of a lucky few and the lot of an increasingly anxious and insecure majority that equally characterise time past and time present. 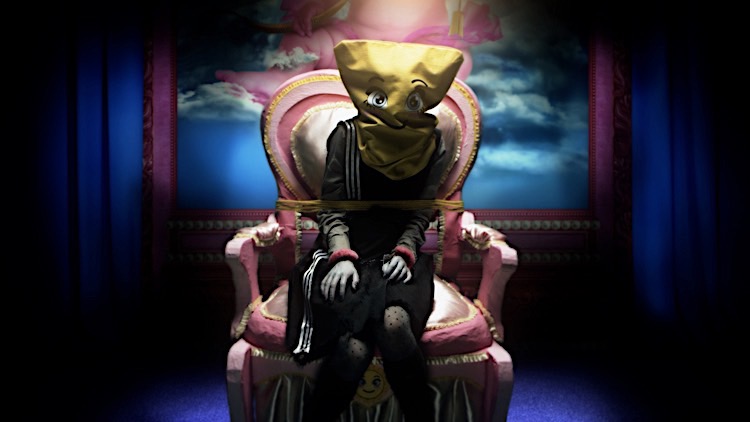 There have been alternating responses to the calamity of the plague year. Noticeable among many is an awakening realisation that an unhealthy addiction to the forces of debt-fuelled consumerism, economic short-termism and insular individualism has been instrumental in bringing the world to a state of crisis, and in need of a reset. A microbe may be delivering the coup de grace but there was already something rotten in the body politic. Strange then that as a temporary fix and emergency solution, the default reflex seems to be for more of the same; namely what many people have identified as part of the problem. Feed the monster, feed the habit, feed more money into the meter in a desperate attempt to keep the lights on. This desire to keep the engine of the economy running at all costs was at the heart of the national directive to ‘Eat Out to Help Out’ – a Lord Bountiful gesture of munificence whose subsidised inducement for people to feed their face might have been easier to stomach if it hadn’t been paralleled by a Scrooge-like refusal to give children from low-income families free school meals.

Feed Me’s cast of costumed grotesques (all played by Maclean, behind gaudy make-up and prosthetic masks) have been likened to the mannequin monsters of Spitting Image, or, before that, the lurid caricatures of Hogarth or Gillray. Maybe it’s the year, or maybe it’s the season, but watching Feed Me again made me think also of Dickens, with his Manichaen melodramas of good versus evil, his cheek-by-jowl juxtapositions of the haves and have-nots, his eye for comedy and his penchant for sentimentality all enlisted to the cause of social commentary. Maclean’s protagonists, too, often follow Dickens’ formula of pegging characters to social types, or spectres of the popular imagination: the sweetheart ingénue, the captain of industry, the wise but wizened granny, the ragamuffin street gang. Pimped with a hint of Gotham and decked with a glint of manga, her dramatis personae bring present-day trappings to older archetypes.

Dickens’ famous story ‘A Christmas Carol’ coincided with a flush of Victorian enthusiasm for the ceremonials of Christmas, many of which were new to Britain at the time. At this moment of families coming together (shadowed this year by an uneasy sense of nations breaking apart), it is worth remembering that many of these customs were adopted from Europe – the Christmas tree from Prince Albert’s Germany; Santa Claus from Holland. The practice of sending gifts and cards to loved ones or friends only really became widespread from the mid-19th century, but was quickly codified and commodified. The traditional British Christmas is an invention. 150 years ago it was as much of a novelty as Black Friday or Cyber Monday.

An enormous amount of effort is being expended this year in attempting to make this a Christmas like no other. The best of times at the worst of times; a feast day where it’s OK to gorge and binge despite the decimation in the world outside. Nobody wants to say ‘Bah Humbug!’ to people finding a modicum of comfort and joy. But when the latest gluttonous, glutinous TV ad rolls by, or when our blond-maned Lion-King prime minister next pops up on our screens claiming Great British exceptionalism, or boasting of 110 per cent success, you might want to add Feed Me to your pile of festive box sets. It may not inoculate us against the horrors of the present moment but its caustic, purgative laughter is a perfect detox for a climate of hyperbole and a culture of excess.

Rachel Maclean's Feed Me (2015) was commissioned by FVU and Hayward Touring for British Art Show 8. Supported by Arts Council England and Creative Scotland.