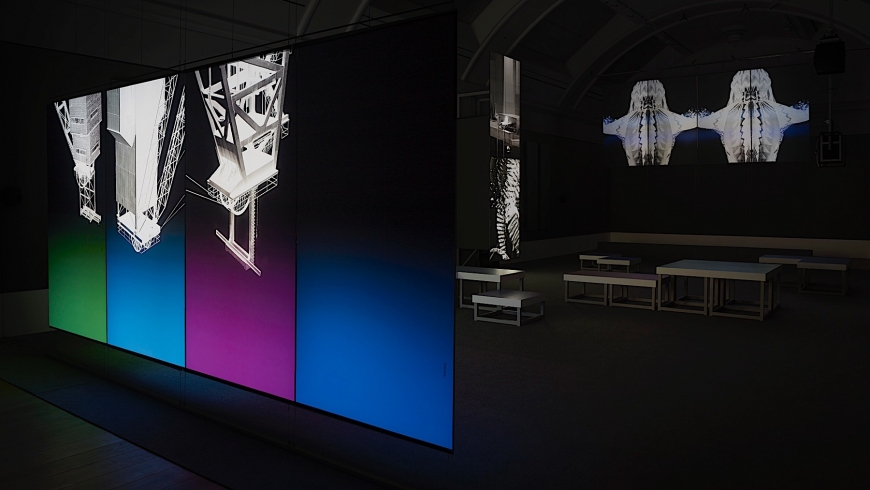 There are moments in history, or so we are told, when people start to notice the ground shifting beneath their feet. Sometimes, it is possible to date these so-called ‘tipping points’ extremely accurately: to the year, to the month, or even to the day. But at others, the realisation dawns gradually, hazily – like a change in the weather, a feeling in the air. Commentators speak of the presence of the zeitgeist, the spirit of the age; an unspoken mind-set or default outlook that helps shape a wider collective consciousness. In several of his writings, the British cultural critic Raymond Williams advanced a roughly similar notion  although he preferred the phrase ‘structure of feeling’, as if to emphasise a more materialist (and classically Marxist) model of interpretation, in which the relationship between base and superstructure, and its implicit paradigm of surface and depth, enables us to better appreciate how popular forms of vernacular expression are frequently determined by underlying, tectonic forces. These structuring influences may be invisible, subliminal, but their effects can be clearly seen, and tangibly felt.

Elizabeth Price possesses a similar inclination to go beyond the surface features of different cultural artefacts and idioms to consider how they might be reflective of deeper processes and conditions. With a frame of reference that oscillates between popular music, design iconography and art history/museology, her pieces always situate their ostensible subjects within a larger social and intellectual field. She also often gravitates towards themes that are emblematic of pivotal, transitional moments. In two new video installation works, the four-screen KOHL and the dual-screen FELT TIP, her focus is on the cultural hubbub and social commotion of the 1980s, and the lasting impact of that period on the present day. Intriguingly, both of her project titles allude to mark-making devices, whereas the written (and spoken) narratives that unfold within each piece probe and percolate far beneath the surface. KOHL begins with a series of images of pitheads at collieries in the North of England. As if to demonstrate how mining has been toppled from its former position at the apex of the industrial economy, the images have all been flipped. The inference is obvious: an industry has gone into reverse; a world has been turned upside down; King Coal has been dethroned. A tip-tap drip of teleprinted text tells how the old mineshafts have become flooded, and water flows along the vacated seams, like underground aquifers through layers of rock. Ripples of water now replace the ripples of sound that once resonated here; echoes of all of the frenetic activity that used to take place. The mines have gone quiet, but their legacy continues to reverberate. As well as the irrevocable marks they have made on the local landscape, they have equally clearly left their stamp on the local psyche. Revenants of the past haunt the area – underground presences that occasionally rise up like outliers of a clandestine resistance movement.

KOHL is not a derivative of coal. The two words just sound the same. The black eyeliner made famous by Cleopatra that has adorned and beautified faces for millennia is actually a by-product of charcoal. The two words may indeed be almost identical. But whereas coal is a bedrock resource, its near-namesake is a surface coating, a cosmetic application. It is, literally and figuratively, a case of style over substance. After coal mining was abandoned in many of its former heartlands, most of the promises of post-industrial transformation proved equally superficial: a tarting up here, a makeover there. Price’s narrative (across KOHL and FELT TIP) also alludes to other changes, most notably a parallel upheaval in gender roles stemming from a fracture in the some of the foundational myths of masculinity. Once the old jobs had gone, so did many of the old ways – including the dominant place of the dominant male, as breadwinner or paterfamilias. This seismic shift increasingly altered the balance of pre-existing power and gender relations, and frequently prompted a revaluation of stereotypical male roles. If the 1980s witnessed agonised outpourings of embattled male pride such as Alan Bleasdale’s ‘Boys from the Blackstuff’, the decade also saw the arrival of a new generation of boys wearing black stuff (post-punk leather jackets, faces glammed with eyeliner), exemplified by a wave of electro-pop bands, that often emerged from the declining industrial strongholds of the North of England. Considering Price’s longstanding interest in the music and subcultures of that era, it is no surprise that flashbacks to some of the sounds of the 1980s punctuate KOHL and FELT TIP. 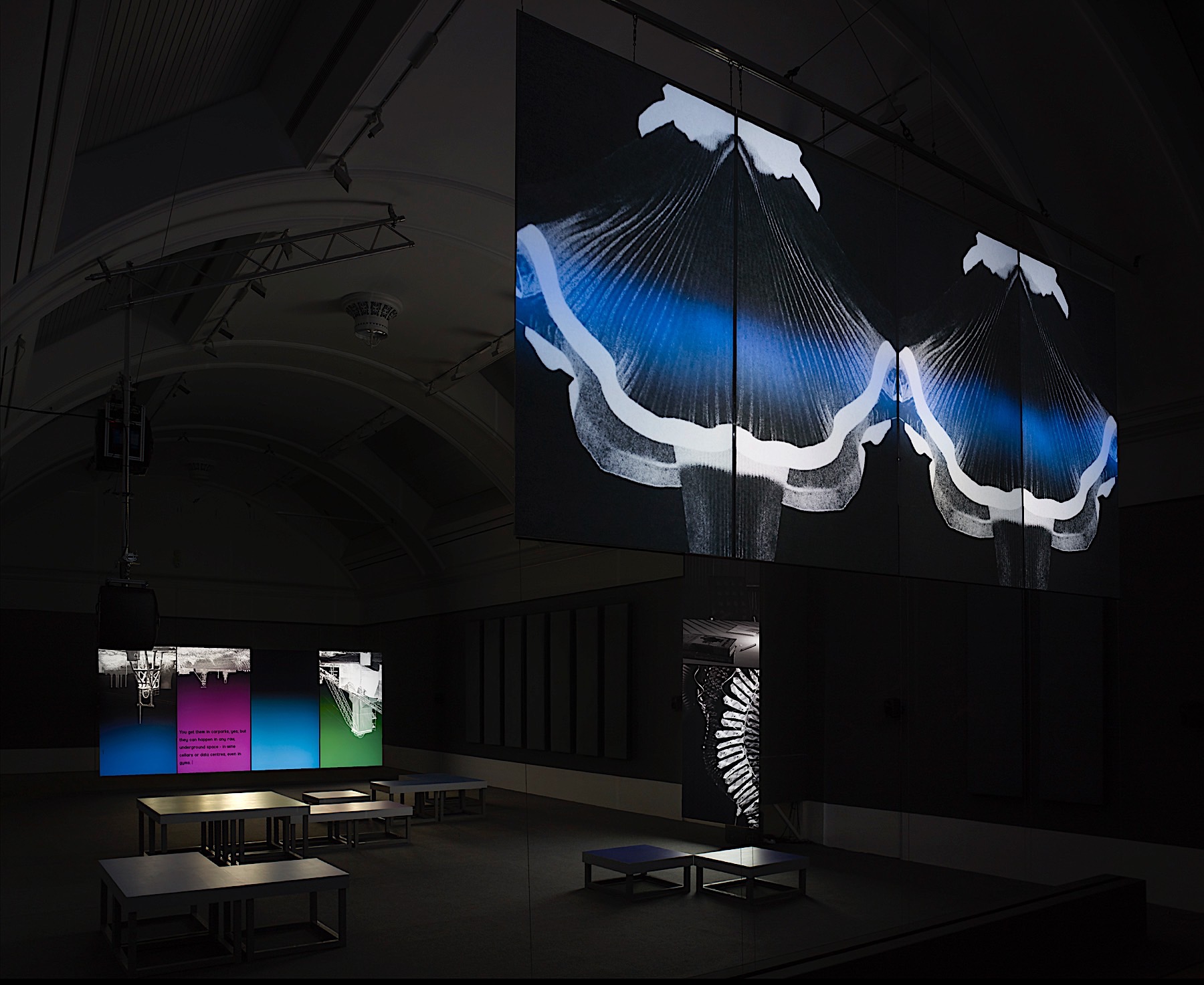 FELT TIP continues KOHL's preoccupation with the ramifications of post-industrialisation and the shifting nature of gender conventions. As its narrative highlights, the ‘felt tip’ of its title has multiple meanings. It is, at one and the same time, a coloured writing pen, the name for a futuristic innovation whereby data can be stored beneath the cuticle of a fingernail, and a fictional term for a feminist appropriation (and customisation) of the male necktie – also at some point in a vague near-future. A tie is always, tacitly or intentionally, a signifier: a marker of allegiance, or a display of identity. Like a man’s suit, it is an item of ‘smart’ attire that it is not supposed to be too ‘flashy’; to draw too much attention to itself. An undemonstrative statement of business-like authority, it can also be a symbol of dull uniformity, of officialdom, of company-man conformity. While the ‘old school tie’ is a badge of belonging that may, in time, become a passport to career advancement, putting on a tie, any tie, will usually gain the wearer entry to a certain type of ‘club’, and generally guarantee acceptance in the more conventional sort of office-oriented workplace. A tie was only rarely, if ever, what men wore to stand out. More typically, it was worn to fit in. In its retrospective gaze from a vantage point in a not-too-distant future, FELT TIP looks back at a passing trend during the 1980s for male neckties emblazoned with pseudo-digital patterns. Where the traditional ‘old school’ tie continued to tout its elitist, quasi-heraldic associations, these moderne electronic motifs seemed to speak of a new kind of network – one that would soon become a reality with the advent of new digital technologies. It may not be a coincidence, Price seems to hint, that these intimations of a bright, new electronic frontier should emerge at a moment where the coal-fired infrastructure that used to power the industrial economy was being sidelined, and eventually terminated. These ties may be a fleeting, faddish phenomenon but they also seem strangely prescient. Superficial as they may be, they appear to echo deeper forces at work.

Later on in Price’s narrative, she recounts how, at an unspecified future moment, men’s ties became adopted as fashion-statement accessories by more and more women – albeit worn loosely draped around the neck, and with their ends cut off; as if enacting a détournement, a kind of symbolic castration. An alternative name for these self-styled ‘felt tips’ is ‘longue tongues’ – a nod to a fast-changing gender dynamic in which women’s voices increasingly make their presence felt.

The word ‘tip’ is the palindrome of ‘pit’. And it is its opposite, its mirror image, in other ways, too. A tip is the place where all the waste matter from a pit is piled up – often providing the most visible exterior marker of all the subterranean activity that is going on otherwise unseen. But a tip is another kind of leftover, of surplus value. A tip is a gratuity: the extra supplement you may or may not choose to add to a financial transaction. Conversely, a tip can be something that comes before a particular venture takes place: a piece of inside information that frequently generates economic benefit. A tip is, instructively, both material and immaterial. It has a physical manifestation; it can be observably seen and touched. But it also has a comparable affective dimension – something not demonstrably present that is nevertheless intangibly, intuitively felt.

To add to the lexicon of meanings that Price has bestowed on a ‘felt tip’, we might agree that it is, of course, on the one hand, a Sharpie (a writing implement, available in multiple colours), but that it might also correspond to what Roland Barthes called a punctum: the pointed, poignant detail that ‘jumps out’ of an image; whose visual import may not be immediately apparent, but whose emotional force hits us viscerally, palpably. It is something we feel in the tip of our fingers or the pit of our stomach. It is the frisson of anticipation that the ground beneath us is shifting. It is the sudden epiphany that things could be different. It is the leading edge of approaching change. Elizabeth Price’s KOHL and FELT TIP vividly capture the elusive quality of that feeling, as they deftly drill down to the material conditions from which it emanates.

Steven Bode is Director of Film and Video Umbrella.

FELT TIP (2018) by Elizabeth Price was commissioned by the Walker Art Center, Film and Video Umbrella and Nottingham Contemporary with support from Arts Council England.