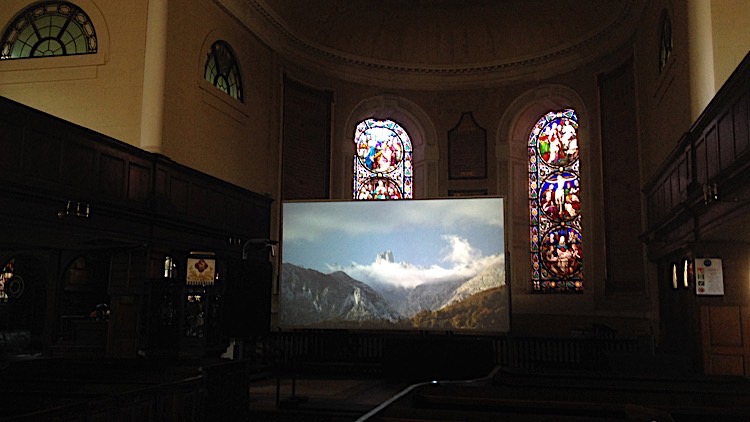 From 10 - 15 April 2015, the Church of St John in Lancaster will be screening a selection of artists' film works as part of the touring programme 'A Light Shines in the Darkness'.

The programme includes: ‘Uriel’ by Alexander & Susan Maris as well as ‘Still Point’ by Suki Chan, which will be showing on alternate days throughout the exhibition.

Please find details on the works below.

'Uriel'
'The Picu Uriellu mountain in northern Spain forms the centrepiece of this meditation on the sublime dimensions of the natural world. The eight short 'chapters', which transport us from an ethereal dawn to the 'magic hour' just before twilight, correspond to the 'canonical hours' of the early Christain church, while also alluding to the fire-festivals of the ancient Celtic calendar.