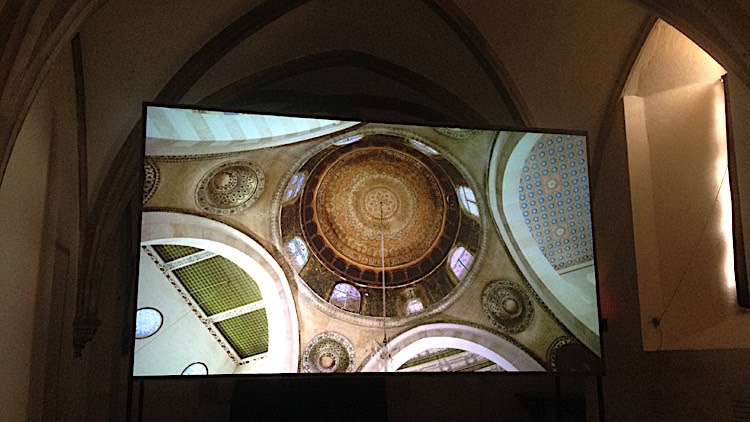 From the humble wooden structures of Pilgrims’ Way in Northumberland to contested sacred sites in Jerusalem and abandoned Syrian villages, 'Still Point' engages with sacred spaces and places of pilgrimage. Suki Chan’s deceptively calm film evokes the tensions that surround locations of refuge and spiritual quest.

The film takes its title from T.S. Eliot’s 'Four Quartets', echoing the beautiful modern glass door to St Catherine's Chapel, which is engraved with a quotation from the poem: 'At the still point of the turning world'.

A Light Shines in the Darkness is a touring exhibition in which six artists’ films travel to churches and cathedrals around the country, re-illuminating inspiring public spaces and prompting viewers to see the locations in which the works are sited in a different light.

A programme by Film and Video Umbrella in partnership with The Churches Conservation Trust and curator, Paul Bayley. Supported by Arts Council England.