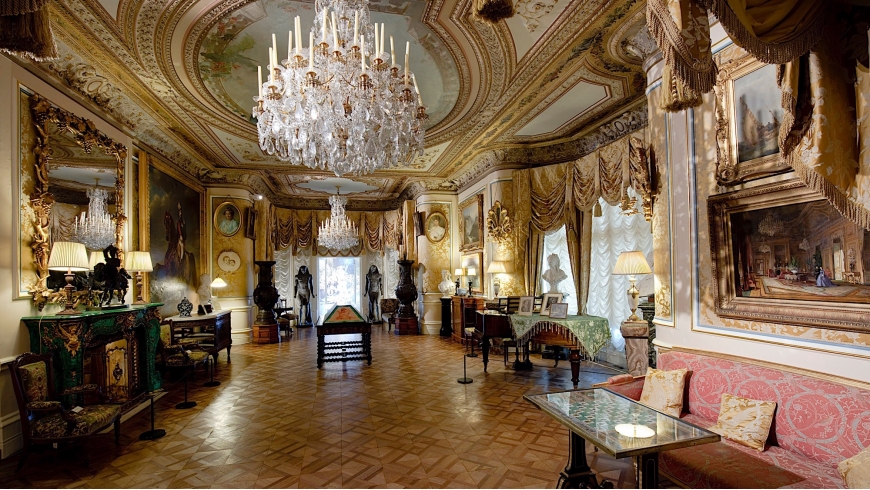 Film and Video Umbrella presents Changing Places, a series of exhibitions showing contemporary artworks within historic buildings across the country. Cliffe Castle Museum is one of eight venues on this nationwide tour and hosts four artworks using video, installation and interactive sound.

The tour's featured artists all live in, work in, or retain a connection to Bangladesh, India or Pakistan. Through the pairing of specific sites and artworks, this series of exhibitions highlights a shared history between England and South Asia.

Read more about the artworks showing at Cliffe Castle Museum below.

Situated in the former home of a Victorian millionaire who made his fortune from textile production and transportation, the two video works by Ravi Agarwal,
Machine and The Mixer, highlight the vital role played by human labour in manufacturing, construction and ultimately the creation of wealth. Both films feature the hands of machine operators whilst never revealing their faces. Agarwal’s concern for the lack of status of the labourer has a particular resonance within the wider region around Cliffe Castle, where Bradford industrialist Samuel Cunliffe Lister’s treatment of employees led to strike action. Lister’s employees went on to form the Bradford Labour Union which contributed to the formation of the Independent Labour Party, a forerunner of the modern Labour Party.

Imran Channa’s installation, Dust to Dust, is an informal inventory of the artist’s visits to several buildings on the Changing Places tour. What he took away from this encounter with Britain’s industrial, imperial past was a number of painstakingly gathered phials of dust, collected from corners, swept up from the floor, as if commenting on the transience of material things, and how even the grandest of empires dwindles to nothing in the end. A large-scale drawing depicts the Crystal Palace, the glass-fronted showpiece that housed London’s Great Exhibition of 1851. The Great Exhibition of the Works of Industry of All Nations (to give it its full name) was a tribute to Victorian technological ingenuity, and Britain’s place at the centre of it. As the major branches of industrial production transfer to the East, Channa’s image acts as an emblem of a fading power whose imprint nevertheless reaches deep.

Accompanying the drawing and the accumulated jars of dust, a soundtrack tells the story of Imran Channa’s tour around Britain. Where the drawing pares everything down to a bare minimum, here the artist elaborates on his journey and creates something resembling a Kipling-era adventure. Inspired by the writings of privileged explorers who visited and documented the colonies, Channa uses a similar language to tell a highly embellished account of his visit to England.

Desire Machine Collective’s audio installation Trespassers will (not) be prosecuted transposes sounds from Law Kyntang, a sacred forest in
Meghalaya, India, into the interior of the Grand Drawing Room. Surrounded by bird motifs on furnishings and textile hangings, the work draws
eerily on the absence of a genuine natural environment in favour of the urban landscape.

There is now an increasing understanding of the environmental impacts of removing species from their native homes, but such regulations have not always been in place and the work is aptly positioned in close proximity to the museum’s collection of natural history specimens. Taking any object from the Law Kyntang sacred forest is forbidden, so the artists have taken only sound. Through this they call into question the physical boundaries of the forest and also the non-material elements that may contribute to the value of a place.

Exhibiting: Machine and The Mixer, Ravi Agarwal; Dust to Dust, Imran Channa and Trespassers will (not) be prosecuted, Desire Machine Collective

All areas of the exhibition are fully wheelchair accessible.

Audio visual installation throughout the Changing Places tour is courtesy of the award-winning systems integrator, Feltech. 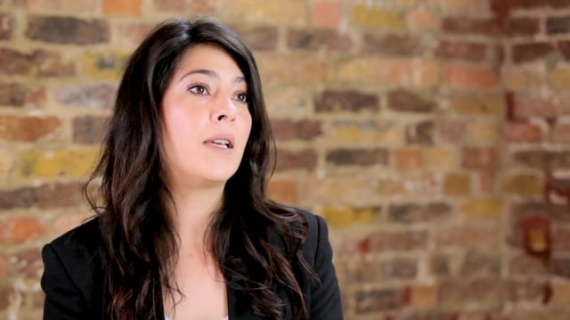