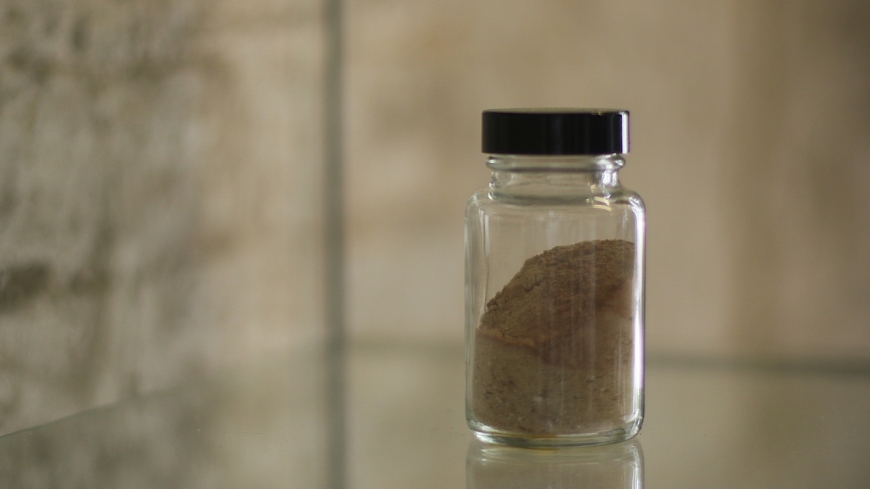 Themes of space and place are explored through the work of fifteen interdisciplinary artists in a short exhibition at Asia House. Within the line up is Imran Channa's Dust to Dust, which was commissioned in 2017 for the FVU touring exhibition Changing Places.

Imran Channa’s Dust to Dust is an installation of objects, drawing and sound that create an informal inventory of his visits to several historic buildings in Britain. What he took away from his encounters with Britain’s industrial, imperial past was a number of painstakingly gathered phials of dust, collected from corners, swept up from the floor – as if commenting on the transience of material things, and how even the grandest of empires dwindles to nothing in the end.

Elsewhere in the installation, a large-scale drawing depicts the Crystal Palace, the glass-fronted showpiece that housed London’s Great Exhibition of 1851. The Great Exhibition of the Works of Industry of All Nations (to give it is full name) was a tribute to Victorian technological ingenuity, and Britain’s place at the centre of it. As the major branches of industrial production transfer to the East, Channa’s image acts as an emblem of a fading power whose imprint nevertheless reaches deep.

Accompanying the drawing and the jars of dust, a soundtrack tells the story of Channa’s tour around Britain. Here the artist elaborates on his journey and creates something resembling a Kipling-era adventure. Inspired by the writings of privileged explorers who visited and documented the colonies, he uses a similar language to tell a highly embellished account of his visit to England.

Within | Without at Asia House, London

Dust to Dust was commissioned by Film and Video Umbrella for Changing Places. Supported by Arts Council England.