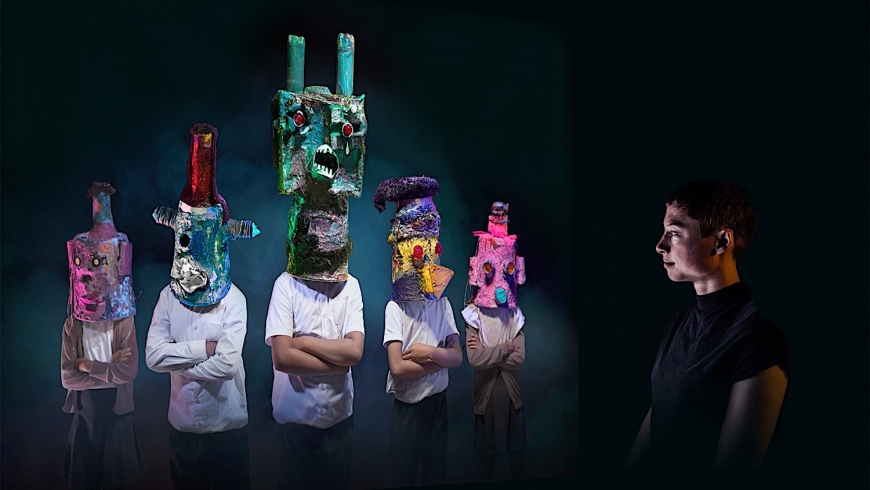 Mikhail Karikis' work No Ordinary Protest (2018) will form part of the 8th EKO International Triennial of Art and Environment, exhibited in the industrial setting of a former textiles factory in Melje, Slovenia.

Founded initially in 1980s in then Yugoslavia, the EKO will be relaunched this year by Maribor Art Gallery, with its programme entitled A Letter to the Future.  Curated by Alessandro Vincentelli, the event calls audiences to think beyond our current time and geographical location, to international and intergenerational connections and cooperation.

No Ordinary Protest follows a class of seven-year-olds from an East London school who study and discuss Ted Hughes' story The Iron Woman, in which children are unsettled by an eerie howl of pain and anguish emanating from their town's rivers and fields.  The kids in Karikis' class get a crash course in the dynamic properties of sound – how it ripples and reverberates through the material universe; and how it can trigger transformative change. As these experiments echo the environmental themes in Hughes' story, the kids themselves act out the defiance and protest of the story's subjects, demanding action to salvage their future existence on the planet.

For more information visit the EKO 8 page of the Maribor Art Gallery website.

There are stairs up to the entrance of the MTT factory, and there is no lift to the first floor.

Captions will be provided for video works.  Descriptions of the works are available from wall displays and printed materials.

Access by bus or on foot is recommended as there are no cycle paths on Meljska cesta snd there is no parking on site.

Bus route: lines 1, 2, 6, 7; get off at the last bus station Melje-obračališče at the intersection of Meljska cesta and Ulica heroja Šaranovića

Site map available here. Please do not use the entrance on Kraljeviča Marka ulica 19 as it is a busy thoroughfare for heavy vehicles.