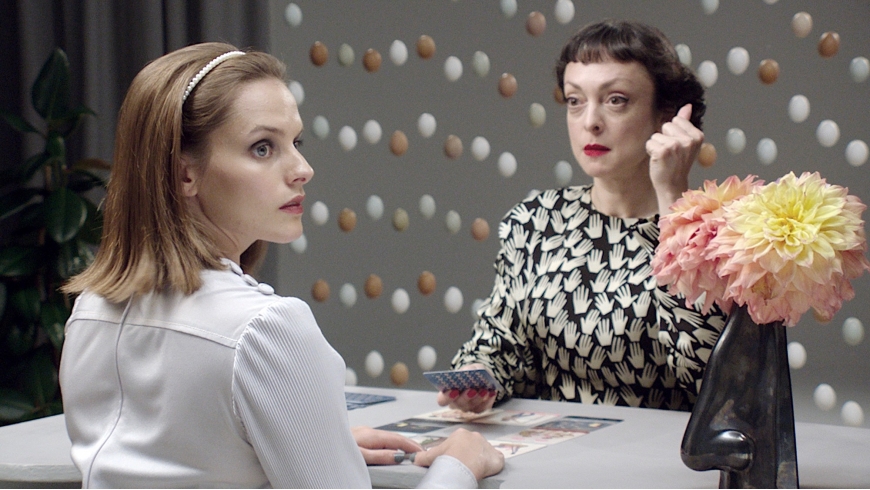 Quarantaine is an ambitious new film by Georgina Starr. Its title refers to the French word for ‘forty’, and also alludes to the period of enforced isolation commonly known as quarantine (so-called because of its original forty-day timeframe). Over the course of multiple chapters, it follows the story of two new recruits to a clandestine sisterhood whose pursuit of esoteric knowledge takes place in a secret place of instruction, similarly cut off from the world outside. Contrasting what seems like a cult-like focus on strict supervision and mind control with other more unruly rituals of mind expansion and extrasensory perception, Quarantaine continues Starr's preoccupation with the otherworldly and the occult, and her longstanding interests in the visionary aspects of experimental cinema, to further her exploration of the hidden recesses of the creative imagination.

Quarantaine (2020) by Georgina Starr is co-commissioned by Film and Video Umbrella, The Hunterian, University of Glasgow, Leeds Art Gallery and Glasgow International with Art Fund support through the Moving Image Fund for Museums. This programme is made possible thanks to Thomas Dane Gallery and a group of private galleries and individuals. Produced by FVU. Producer Elizabeth Benjamin.

- There is level access to all Tramway spaces and bar, with lift access to the upper spaces.

- Accessible toilets are available on all three public access levels and come equipped with handrails and emergency pull cords. Please contact Tramway prior to your visit if you have any additional requirements.

- The Box Office has a hard-wired loop system, please set your hearing aid to 'T'.

- If you require a large print brochure please contact the box office. 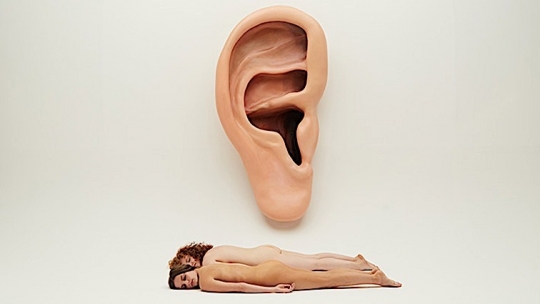