Closer (2001), is set around London’s Soho, the familiar stamping ground of Raindance itself, and records Goodwin’s restless circuit of the area, as he trains his camera (and a miniature laser pointer) on the faces of the random subjects he encounters. Part beatifying angel, part Peeping Tom, Goodwin’s act of observation materialises the uneasy ambivalence inherent in the act of taking someone’s image. Closer also inaugurated a number of other projects set in these London streets, which Goodwin will showcase as part of the screening. He will also show a more recent video, Poised (2012), a similar pinpoint study of a group of young female divers, commissioned to coincide with the 2012 Olympic Games. Both works highlight the visual finesse, and atmospheric use of sound and space, for which Goodwin is known.

The screening will be followed by a Q&A with the artist, led by Film and Video Umbrella Director Steven Bode.

Dryden Goodwin is an internationally acclaimed artist working in the fields of drawing, installation, video, photography and sound. Living and working in London, Goodwin has exhibited internationally. His solo exhibitions in the UK have included shows at The Photographers' Gallery, London, 2008; Chisenhale Gallery, London, 2006; and New Art Gallery, Walsall, 2004. His work is held in the collections of the Tate and The Museum of Modern Art, New York, and was featured at the 2003 Venice Biennale.

Film and Video Umbrella is one of the UK's leading commissioners, curators and producers of artists’ moving image works, renowned for pioneering work with early career artists, as well as established names. 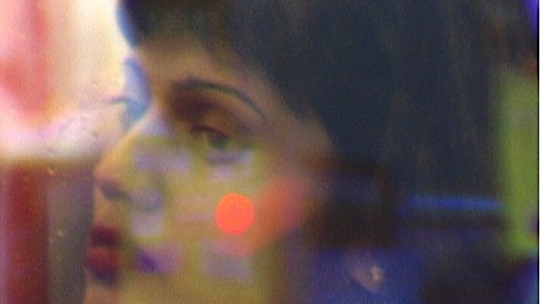