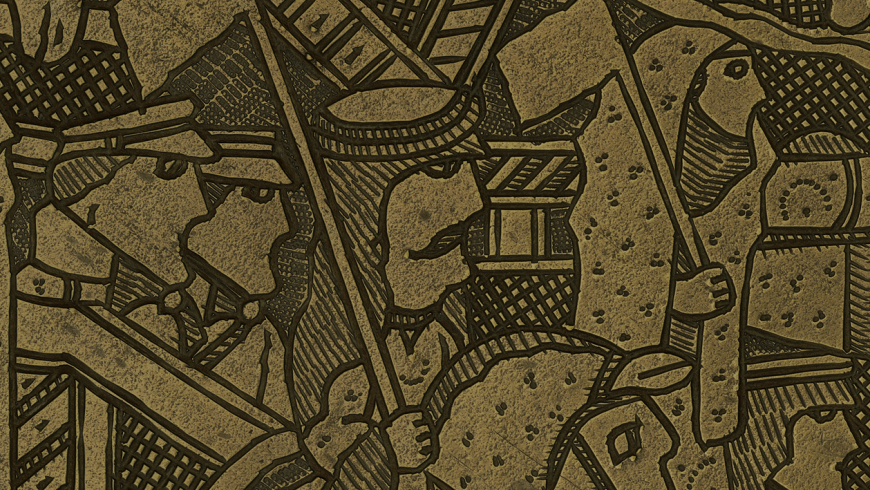 The events of Armistice Day 1918 in the town of al-Hindayyah in what is now modern-day Iraq are a graphic encapsulation of the turbulent forces that had recently been unleashed there and an ominous augury of the century still to come. Refugees massing on the streets, the aftermath of a violent killing, men with weapons merging with the milling crowd; bustle shadowed by apprehension: these scenes – starkly etched and tragically repeated across the history of Iraq – are indelibly engraved on an ornamental brass tray that now resides in the collection of the Victoria and Albert Museum in London. In Jananne Al-Ani’s widescreen video installation Timelines, this historical object becomes the receptacle for a contemporary re-imagining, as the camera homes in (in ever-more extreme close-up) past the transitory surface features, as if to evoke the mythical bedrock continuum below. Sometimes tracing the course of a riverbed, or swooping over looming, apparitional mountains, the camera-eye travels like an all-seeing drone. Punctuating its dream-like passage are fragmentary echoes of a female voice (actually that of Al-Ani’s mother), evoking a forgotten, between-the-lines history of British women who had moved to the country with their Iraqi husbands and raised families there – her personal memories and recollected emotions contrasting poignantly with the contours of this elemental and intractable landscape.

Towner is a bright and spacious modern building that includes the following features:

· level access entrance into the ground floor through automatic doors.

· a very large lift to all floors, which is particularly useful for groups.

· large-print exhibition guides available in all our exhibition spaces and can be downloaded in advance from the Towner website.

· staff available in each exhibition to provide support/assistance as required.

· seating available in foyers and exhibitions spaces, including portable stools.

Guide, hearing, and assistance dogs are welcome at Towner – feel free to ask at the welcome desk for a water bowl.

If you have particular needs in the event of an emergency evacuation, please inform the welcome desk on arrival. 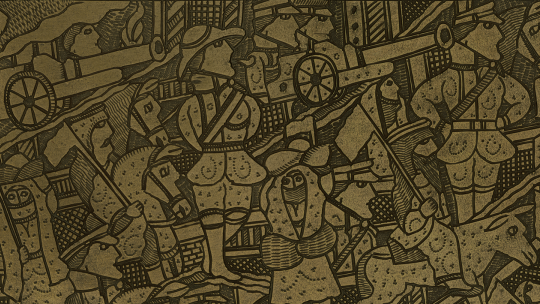