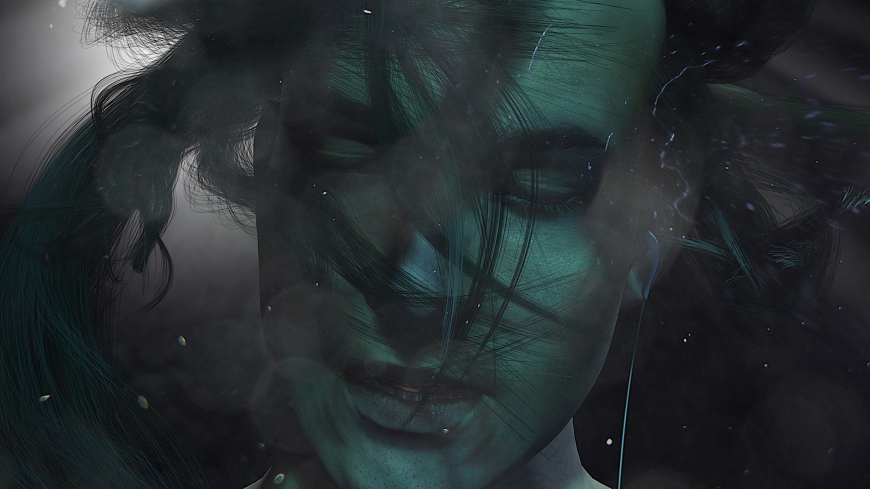 Warm, Warm, Warm Spring Mouths was commissioned as part of the first edition of the Jerwood/FVU Awards, in 2012-2013. Using technically brilliant CGI, and a combination of surreal backdrops, subtitles and narration which sometimes tally, often don't, the work's avatar protagonist sets the viewer adrift between a believable truth, and an uncanny parallel world.

In this retrospective, Atkins' commission sits amongst a significant body of his work, predominantly computer generated, through which he has continued to explore the unsettling realm between the real and the digital.

The Jerwood/FVU Awards are a collaboration between Jerwood Charitable Foundation and FVU in association with CCA, Glasgow. FVU is supported by Arts Council England.