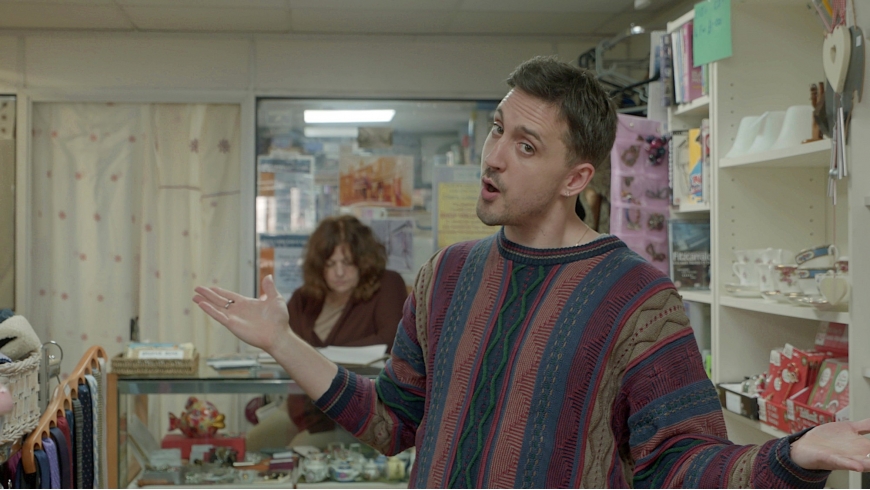 You Know Nothing of My Work will screen at this year's Margate Film Festival.

Guy Oliver’s video You Know Nothing of My Work – its title cribbed from one of Woody Allen’s most famous films – proceeds from the premise that we now know more than enough about the crimes and misdemeanours of some of the world’s most prominent cultural icons that any lingering affection anyone might still have for their art will likely be deeply problematic, to say the least. As instances of sexual abuse and inappropriate behaviour continue to come to attention, and as a number of notable offenders are outed, jailed or otherwise shunned, the question arises as to whether the contributions these figures have made to the cultural pantheon should be similarly sidelined or annulled. Does good work remain ‘good’ even when made by someone revealed to be a bad person? Or should it be binned, without fail, as soon as a reputation is shredded? In the midst of contemporary ‘cancel culture’, is there a danger of throwing out the baby with the bathwater? Or is the removal from circulation of a work by someone shown to be an abuser anything that anyone has cause to lament, when compared to the pain of the abused? These are questions that Oliver poses, less as a topic for round-table discussion than as a cue for a song – or actually several songs, all voiced by the artist himself, in a faltering baritone that belies the nature of his wit and his rage, whether lambasting movers and climbers in pop music’s hall of shame or taking aim at a wider rogues’ gallery of artists and entertainers – all of whom, he can’t help noticing, just happen to be male. As he jumps from tune to tune, Oliver adopts and adapts various aspects of archetypal male personae: morphing from genial regular guy to mansplaining MC, from lecturer to hectorer to heckler, from ‘Zelig’-like green-screen genie to artful dodger auditioning for a role in a Lionel Bart musical called ‘Guy Oliver’. A man of many faces, Oliver reports on the changing face of men – and finds it wanting. As the charge-sheet mounts, Oliver does not shy away from the potential accusation that he too, as a male of the species, albeit a far cry from the monsters he describes, might not be best placed to speak (let alone wax satirical) on a subject where other voices really need to be heard. Provocative and disarming in equal measure, You Know Nothing of My Work is everything you didn’t want to know about the male sex, and were unafraid to ask.

You Know Nothing of My Work was commissioned for the Jerwood/FVU Awards 2020: Hindsight, a collaboration between Jerwood Arts and Film and Video Umbrella.