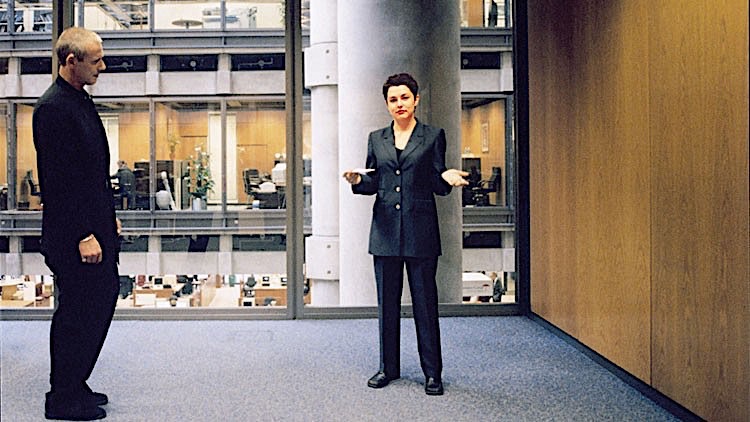 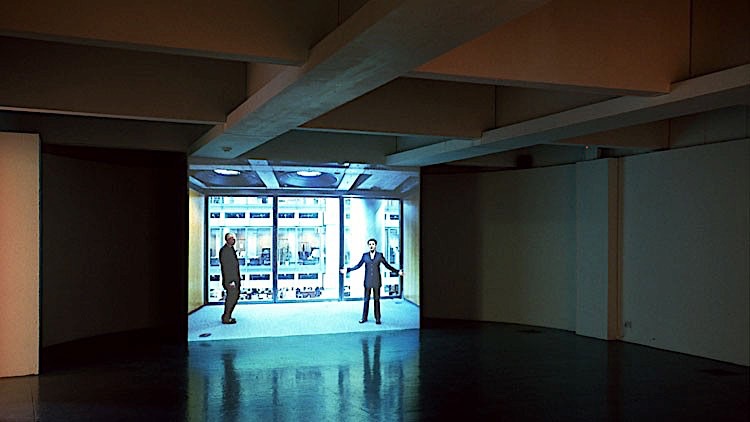 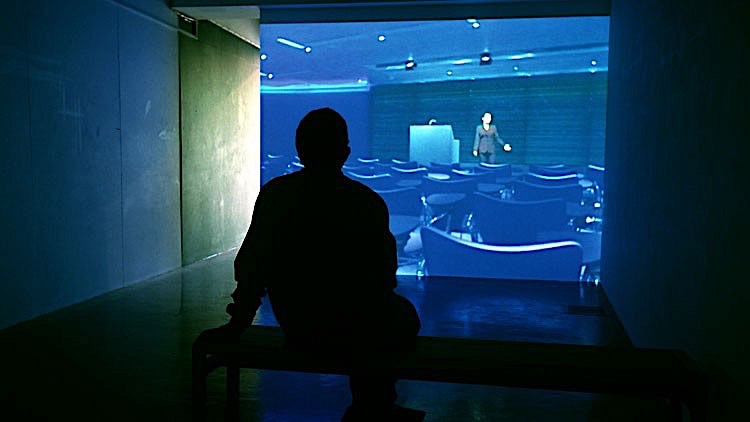 In a wide-ranging, multiform practice that encompasses video and photography, as well as a variety of other media, Carey Young considers a number of intriguing parallels between the conceptual principles of contemporary art and the new-model paradigms of 21st-century business.  Her survey exhibition, Business as Usual, was no routine gallery show. Drawing upon her time spent, first as an employee, and later as artist-in-residence, at several multinational companies, its pieces were versed in the semiotics of the office, and in the neologistic jargon of corporate culture. They also marked out a shift, increasingly prominent as the new media boom of the Nineties merged into the market expansion of the new millennium, in which the ascendancy of brands, and the elevation of services over manufacturing, were underwritten by a new prospectus of entrepreneurial/presentational skills that would become one of the calling-cards of the ‘knowledge economy’ of the future.

This move away from goods that you could hold in your hands to the weightless icons of digital business found an echo, in Young’s lateral analysis, in a corresponding trend within the art world towards the dematerialisation of the art object, and a privileging, in conceptual art circles at least, of ideas over artefacts. Channelling a number of canonical conceptual art works as early exemplars of outside-the-box thinking, Young’s portfolio of videos, photographs and wall-based texts illuminated the mania for innovation that drives both creative and market activity, and also the rapidity with which genuinely radical thought becomes co-opted and commodified. Nowhere is this more evident than in the video, I am a Revolutionary. Part parable, part parody, it records Young’s encounter with a professional media-trainer who, in coaching her in the virtues of better communication, coaxes her to modulate the content of her prepared presentation for better effect. An object lesson in the extent to which the medium both defines and elides the message, it captures something of the spirit of a superficially groundbreaking, intrinsically image-conscious, increasingly spin-obsessed time.

A Film and Video Umbrella Touring Exhibition curated in association with John Hansard Gallery. Supported by the National Touring Programme of the Arts Council of England, with additional funding from East England Arts and Year of the Artist. 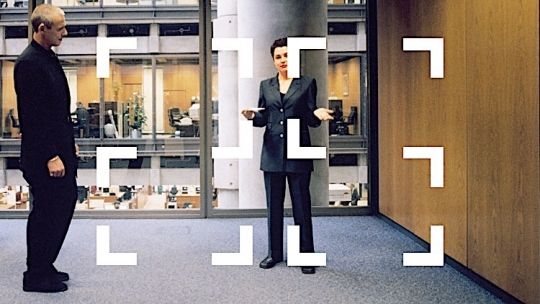 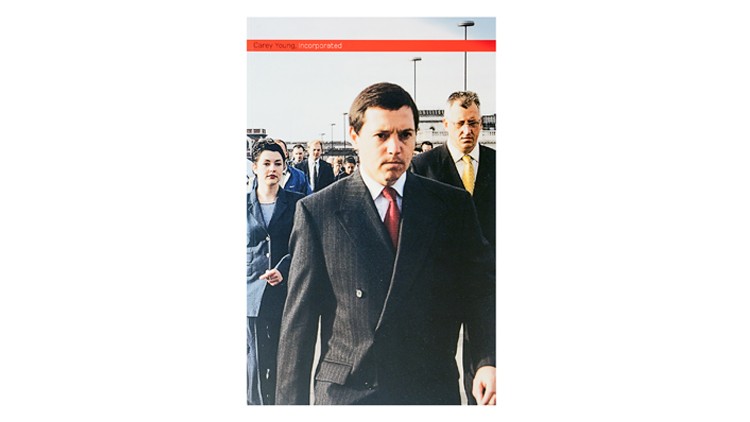