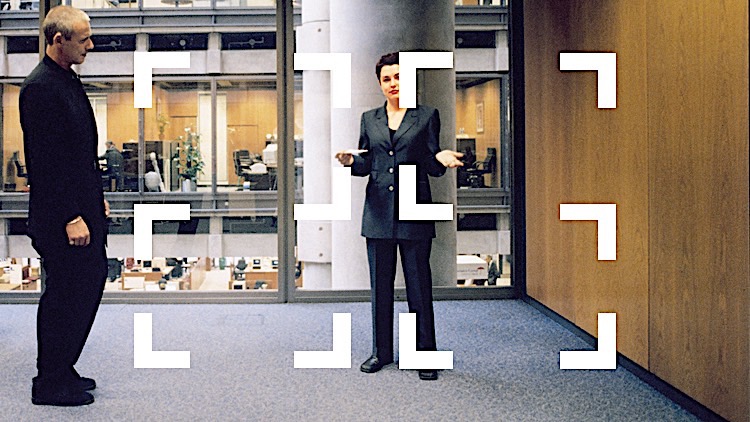 Carey Young’s FVU commission, ‘I am a Revolutionary’, was one of the most memorable artists’ videos of the early 2000s. Although it remains one of the works for which she is best known, it represents only one small aspect of Young’s cross-media practice, which in subsequent years has developed from an interest in corporate rhetoric, identity and power to an increasing concern with law as a conceptual space in which power, rights and authority are played out through varying forms of performance and language. For this special event, taking place within FVU’s anniversary programme ’25 Frames’, she discussed her work with FVU Director Steven Bode, in the atmospheric setting of Gray’s Inn, one of the inner sanctums of London’s legal heartland,.

The evening also featured a launch and book signing of Young’s monograph ‘Subject to Contract’, published by JRP Ringier in association with the Migros Museum of Contemporary Art, Zurich.

'I am a Revolutionary' was part of the project 'Business as Usual', a Film and Video Umbrella Touring Exhibition curated in association with John Hansard Gallery. Supported by the National Touring Programme of the Arts Council of England, with additional funding from East England Arts and Year of the Artist. 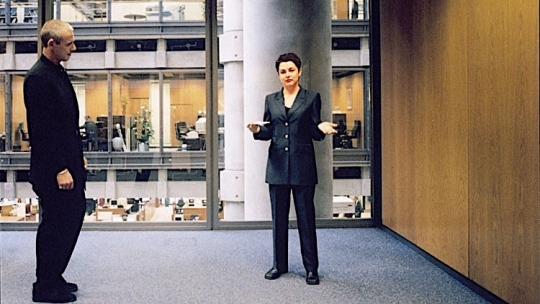