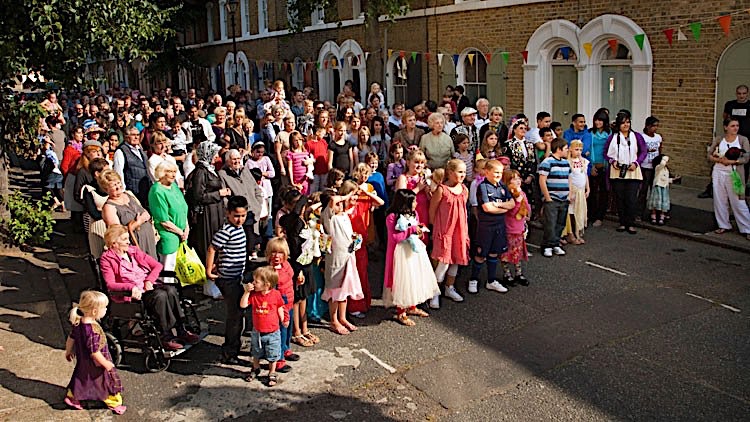 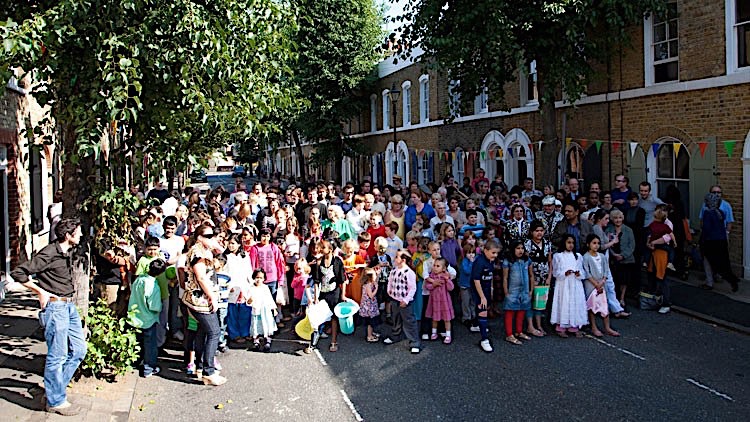 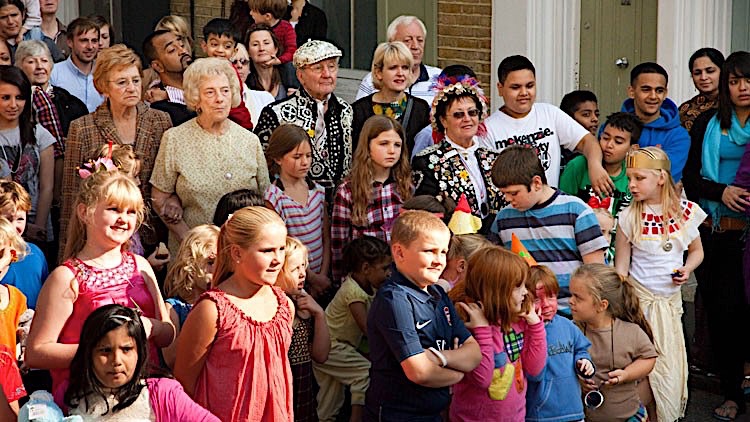 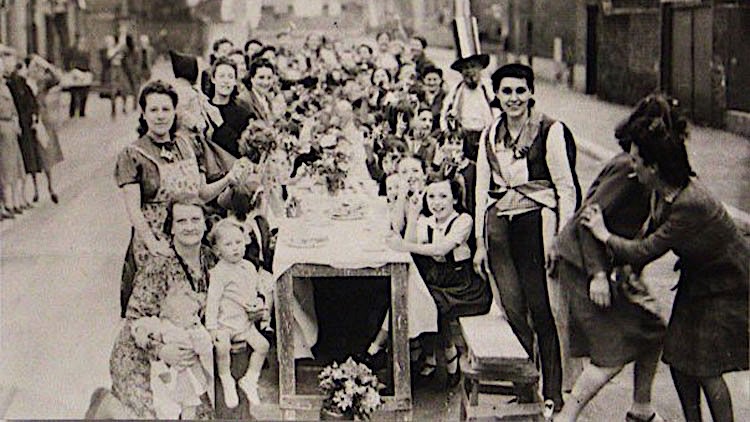 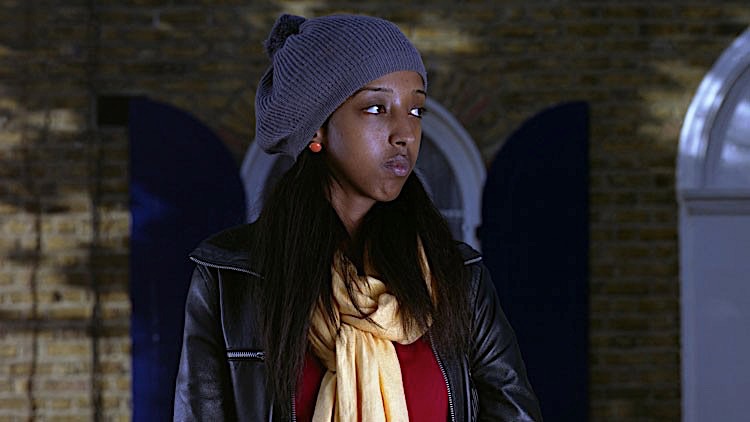 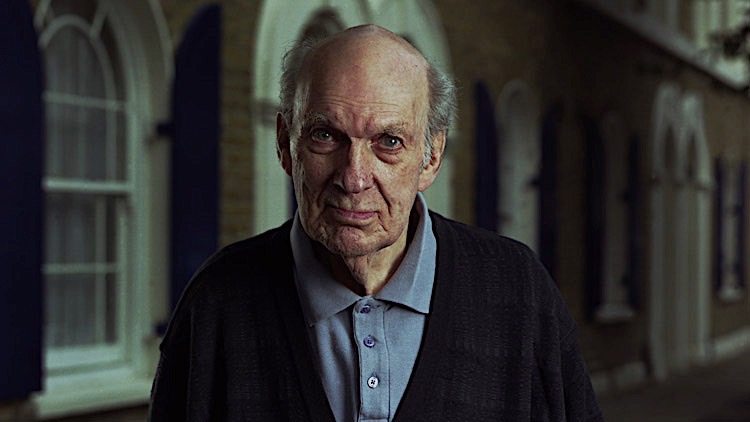 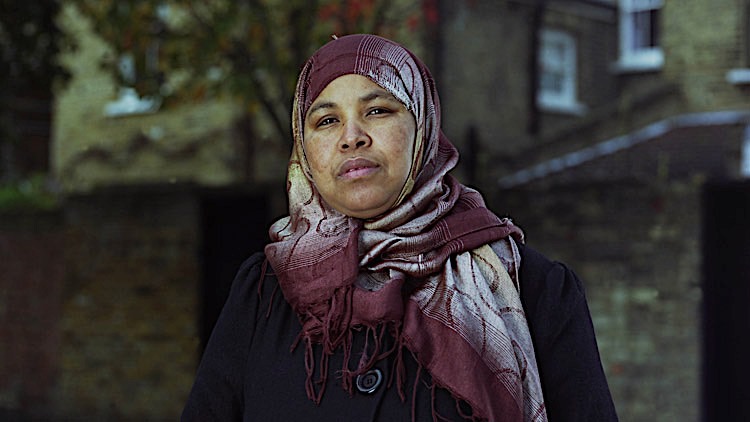 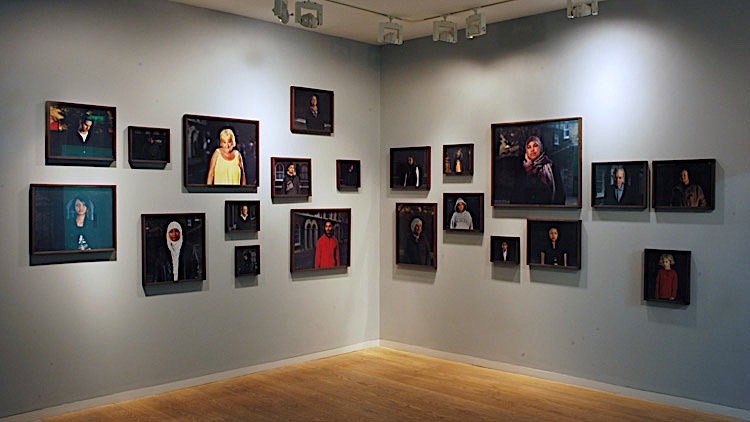 Melanie Manchot’s Celebration (Cyprus Street) is a collective portrait of the residents of a street in East London, filmed on a day when lively outdoor revelries are taking place. Communal street parties have long been a feature of British social life, usually occasioned at moments of national significance: a royal wedding, coronation or jubilee, or a victory in war. Under the banner of the Union Jack, and other colourful, ceremonial bunting, these events, although largely intended to instil a feeling of patriotic pride and identity, also fostered a local spirit of togetherness. In those parts of British towns and cities that had been most informed by the presence and influence of migration, these open-air, open-door festivities often helped to promote a real sense of belonging and commonality.

Manchot conducted extensive researches into the social history of East London, convening a public-facing, drop-in space called ‘The Street’ near Whitechapel Art Gallery where people could share photographs and swap stories of past street parties and other communal gatherings. She also spent several months talking to residents of nearby Cyprus Street in Bethnal Green, to see whether they might consider reviving the tradition, collaborating with them on preparations for the party, which would take shape in a form and at a time of their choosing. Celebration (Cyprus Street) was filmed on that nominated day (a sunny Saturday in September 2009), and mobilises some of the distinctive conventions of both cinema and photographic portraiture – a long 35mm tracking shot, filmed from a crane on a slow-moving truck, weaves its way past tables and through mingling crowds until it stops, mid-street, as people assemble for a group portrait. Holding still, and in relative silence, for almost two minutes, the crowd slowly disperses before the camera wends its way further down the street. Over the course of this single take, which lasts for eleven minutes, we learn a lot about Cyprus Street – its gradual but growing gentrification, and noticeable changes in its demographic, from the white, working-class area it used to typify.

Read: FVU Director Steven Bode reflects on the making of Celebration (Cyprus Street) as well as its relevance for today.

Celebration (Cyprus Street) was shown alongside a series of photographs of some of the residents and a display of archive footage of street celebrations marking national and local events from jubilees to historic VE Day parties.

Celebration (Cyprus Street) was presented with a new piece Walk (Square) – a video portrait of a massed congregation of schoolchildren assembling in a city square in Hamburg. This double-header formed the basis of Manchot’s solo exhibition, Gathering, at Fabrica in Brighton.

Celebration (Cyprus Street) was presented at Canary Wharf Screen as part of ‘The City in the City’ programme between 1 March and 27 May 2012. 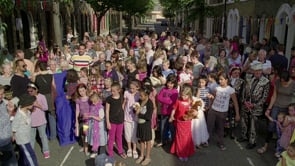 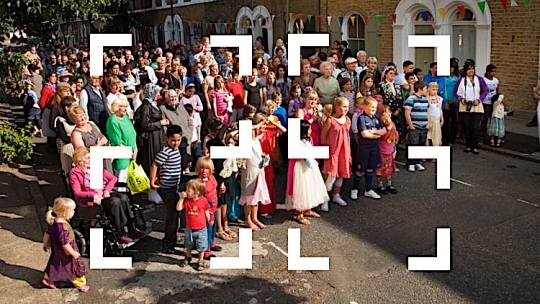 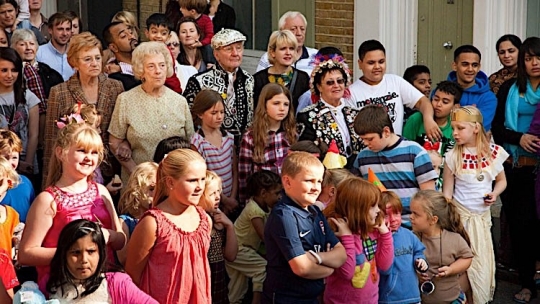