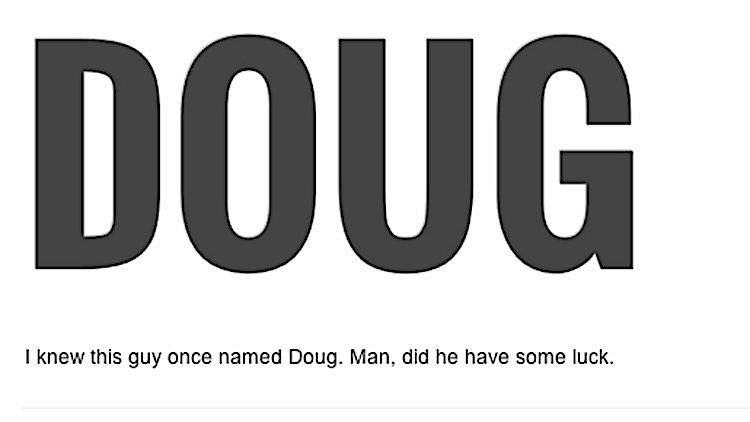 The piece was originally produced for the online project Our Mutual Friends, in which four artists’ works, involving social media and incorporating digital text, were commissioned in the context of the Charles Dickens bicentenary.

Janice Kerbel blogs about the misadventures of a fictional character called Doug. Part innocent fool, part hapless fall guy, Doug is no stranger to the streets of the city yet seems utterly oblivious to its perils and pitfalls, which conspire to trip him up at every step. Written out sparingly, and almost warily, as if knowing and fearing what is about to take place, each entry follows a familiar pattern in which Doug is led through a succession of scrapes, that usually end with him finding himself in mortal danger. Although the narrative arc is always the same, the exact shape of Doug’s near-denouement changes, according to nature of the accident that is about to befall him. Continually escaping by the skin of his teeth, and apparently doomed to repeat his fate, Doug never sees the writing on the wall. Whatever happens leaves no mark on him, or no trace in him. He simply picks himself up… until it happens all over again.

Doug debuted the character who went on to feature in Kerbel's musical performance commissioned by Common Guild in 2014, also entitled Doug, which was nominated for the Turner Prize 2015. 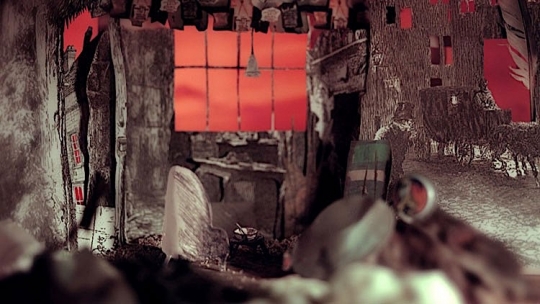 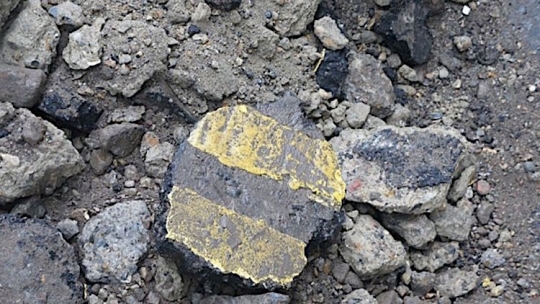