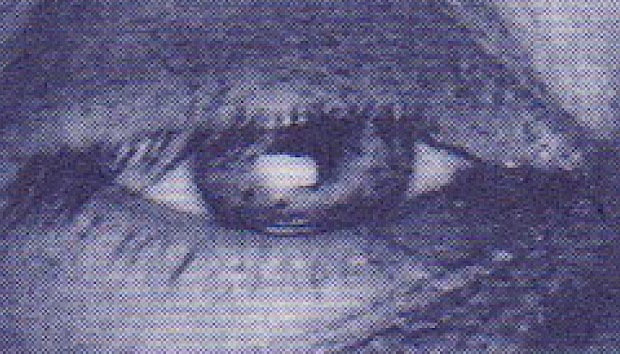 Film and Video Umbrella touring packages always aspired to capture and communicate contemporary themes and trends – and the five programmes released during 1993 were no exception, expanding on the successful template established in the organisation’s early years. While the bright and tantalising lights of computer technology and virtual reality continued to claim significant attention during the first part of the Nineties, it was interesting to observe a corresponding groundswell of creativity at the lo-fi end of the scale – exemplified by the adoption by a number of artists of the remarkable qualities of the Fisher-Price PXL 2000 toy camera. Distinguished by hazy vapour trails of dreamlike black-and-white imagery, the products of this short-lived comet-flare of activity (too inchoate and fleeting to be termed a ‘school’) were collectively dubbed Pixelvision, and were showcased in a two-part package that included Michael Almereyda’s hipster romance, Another Girl, Another Planet, and Sadie Benning’s coming-of-age drama, It Wasn’t Love.

If the works in ‘Pixelvision’ displayed the uncanny immediacy of a waking dream, those in Naked City channeled the raw immediacy of punk. A ‘walk on the wild side’ of New York’s ‘no-wave’ scene, the programme toted the trash-aesthetic of miscreant rebels such as Richard Kern, Lydia Lunch and Nick Zedd, and recycled the haphazard upshots of their wasted youth alongside nuggets by film and video makers such as Jem Cohen, Tony Oursler and Beth B, whose easy immersion in music and subculture encapsulated the edgy vitality of NYC. The package was prefaced and contextualised by Nick Abrahams’ documentary No Age, New York. ‘Naked City’ found a companion voice in 501: Protest and Style in the New America. Released in the year after the 500th anniversary of the discovery of the new continent, the programme was an alternative inventory of what continued to make it a place of interest and curiosity, highlighting work by Laurie Anderson, Gran Fury, Sadie Benning and Marlon Riggs.

A recurring motif within all of these programmes was the common expectation that a wave that first gathered force in the United States would inevitably break on our shores not long after. This was especially true of a further FVU initiative from 1993, which charted how the language of political image-making and media manipulation, so conspicuous in US presidential campaigns, was starting to cross over to the UK. What You See is What You Get trained a forensic yet kaleidoscopic lens on this world of spin, gathering together disparate material, from essayistic mini-documentaries to artists’ works to new-generation party political broadcasts, all punctuated by a selection of revealing off-guard on-camera indiscretions courtesy of Bryan Springer’s TV-hacker opus, Feed.

The fifth package of the year also had a Stateside focus – albeit on an artist who was fast becoming an undisputed star of the international art world. An Index of Possiblities was a detailed A-Z of the single-channel video works of Gary Hill, honing in on his trademark interplay of image and language and featuring classic pieces such as Why Do Things Get in a Muddle and Primarily Speaking, among many others. Contextualised by an incisive essay by Lori Zippay, the programme was produced to accompany a major exhibition of Hill’s video installations at Museum of Modern Art, Oxford.

By this point, Emily Grant had left the organisation, and the new team at Film and Video Umbrella consisted of Steven Bode, Mike Jones and Keith Whittle: a line-up that would remain for the next few years.