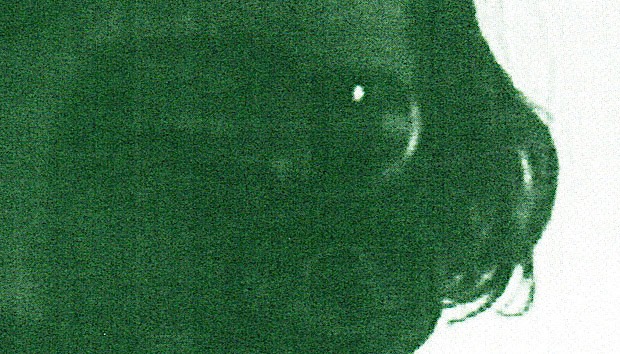 The three touring programmes released in 1994 demonstrated a diversity of styles and approaches as well as a genuinely international breadth. Computer World 2 continued Film and Video Umbrella’s interest in artistic and technological advances in the field of computer animation, presenting sixteen short works that illuminated the creative face of the medium from acclaimed, prize-winning talents such as Marc Caro, Kazuma Morino, Leslie Bishko and Karl Sims. The works in Fresh could not have been more of a contrast – low-tech, unfussy, often single-take; with an accent on impactful, physical actions and reflecting a new preoccupation with the materiality, and the enduring potentialities, of the human body. Redolent of performance-video works of the 1970s, the programme introduced a number of breaking names, including Cheryl Donegan, Stephanie Smith, Steve Reinke and John Wood & Paul Harrison.

A double-header of two ambitious long-form video works, Someone to Watch Over You investigated the looming shadow cast by video surveillance technology, and charted the extent to which video had started to infiltrate and permeate the everyday, as a default record and close-up mirror of the intimate minutiae of people’s lives. Following its UK premiere in the London Film Festival’s Electronic Image programme curated by Steven Bode, Sophie Calle’s video-diary self-exposé, Double Blind, found its ghostly alter-ego in the starkly compelling Der Riese (The Giant) by Germany’s Michael Klier.