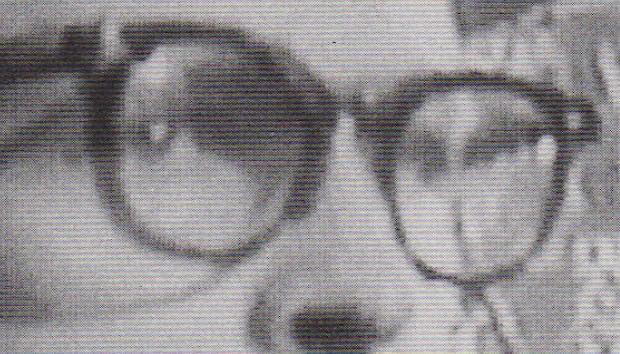 Eight Film and Video Umbrella touring programmes were produced during 1995 – all very different, but all representing an important facet of the moving-image scene of the time. Continuing FVU’s longstanding association with Bill Viola, Landscapes of the Mind was a selection of the some of the artist’s earlier landscape pieces alongside a new work, Déserts. Another pioneer in the art of video, the American-born but Scottish-based Daniel Reeves, was profiled in similar short survey, entitled Ongoing Obessions, in which a new work, Obsessive Becoming, was bracketed with earlier videos by Reeves.

Two of Britain’s close geographical neighbours were the subject of two further programmes, again contrastingly unalike in medium and tone. Connected was a compilation of new computer animation from France; long a creative hotbed of exciting new work with the electronic image. Produced in collaboration with INA (l’Institut National  de l’Audiovisuel), the programme showcased twenty digital works from artists and animators such as Cécile Babiole, Bériou and Philippe Andrevon. Ireland Stories, on the other hand, featured a quartet of new views of the old country from artists with an Irish heritage, such as Nick Stewart. Michael O’Reilly and Vivienne Dick, each coloured by a bittersweet perspective of exile, nostalgia or memory.

The keynote programme of 1995 was, arguably, The Digital Underground. A series of reports from the innovative fringes and subversive edges of the so-called digital revolution, it provided a whistlestop tour of the aesthetics and polemics emerging under the banners of ‘cyberculture’ and ‘alt.technology’. The package consisted of two long-form documentaries, and two themed selections of shorter works. Craig Baldwin’s Sonic Outlaws and Brian Springer’s Spin were both products of the hacker-culture of the time. Whereas Spin continued Springer’s frequently jaw-dropping disclosures of the off-screen machinations behind the art of political image-cultivation, Sonic Outlaws tuned in to a wider band of media hackers and ‘cultural jammers’, such as video-scratchers Emergency Broadcast Network and plunderphonic artist John Oswald. This musical spectrum was further surveyed in Fuzzy Logic, a 70-minute mix-tape of byte-sized sound-and-vision vignettes featuring works by George Barber, St. John Walker and Max Almy & Teri Yarbrow, plus eye-catching pop-promos for Massive Attack and The Orb (the latter directed by veteran artist filmmaker Tony Hill) . A further 60-minute round-up, entitled Long Live the New Flesh, added an extra layer, contrasting the fantasy of escape and virtual disembodiment distilled in the contemporary figure of the ‘cyborg’ with the radical experiments with ‘out-of-control’ robotics and prosthetics performed by artists like Stelarc and Survival Research Laboratories.

Intensifying this interest, in a supposedly immaterial age, with the inescapable materiality of the human body, Film and Video Umbrella began a short series of monographic programmes under the collective title of Video and Performance. Following on from 1994’s ‘Fresh’, and the touring exhibition ‘Instant’, also launched in 1995, these programmes counterpointed this burst of present-day activity with iconic examples from the past, marking the unmistakable imprint of artists like Marina Abramovic, William Wegman and Vito Acconci on this recent resurgence of performative video work. Three editions of the ‘Video and Performance’ series were produced in 1995, celebrating the continuing influence of Abramovic, while highlighting other artists whose practice revolved around  performance such as Beban & Horvatic and Cheryl Donegan.